For all of the ballyhoo over the Netflix series' depiction of sensual Regency, the sex looks terrible 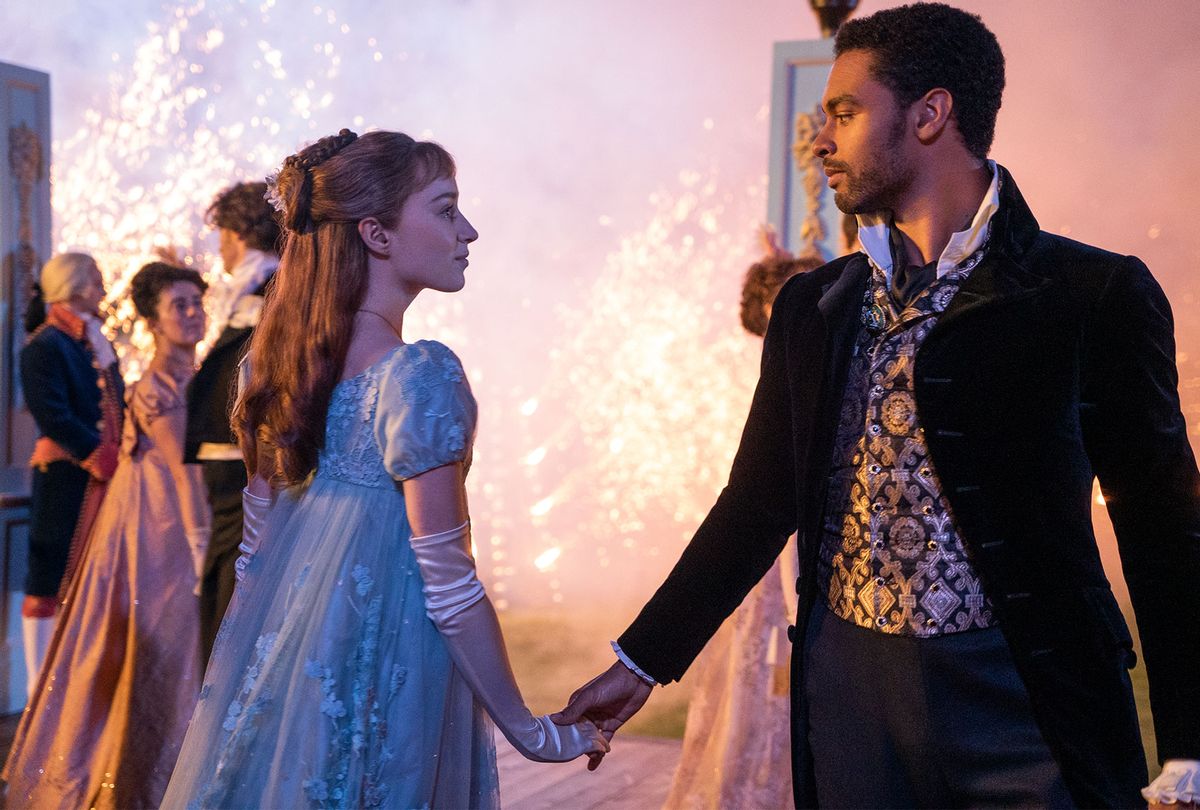 Dear gentle reader, surely you have heard about "Bridgerton," the Netflix Regency-style romance executive produced by Shonda Rhimes. Social media has been in a buzz over it since its Christmas Day premiere as fans discuss the fashion, the drama, and — most of all — the love scenes.

We really need to talk about those love scenes, because I regret to inform you that the sex depicted within … is bad.

Nobody should want to have sex like that. Ladies, you deserve better – and for that matter, so do you gentlemen.

"Bridgerton," created by Chris Van Dusen, should not be treated by the curious as a "how to" manual for sex, or romance, or anything about the human condition.

Still, the show is noteworthy for adding some spice to a very vanilla genre. Sex plays a prominent role in Julia Quinn's "Bridgerton" romance novels, so when the very polite socialite Daphne (Phoebe Dynevor) marries the noble Simon Basset, Duke of Hastings (Regé-Jean Page), it should not have shocked anyone that their wedding night was depicted with some detail.

To wit: They stop at an inn and eventually retire to separate rooms. Then they're drawn to one room, and then each other. The room itself is alight in the golden glow of candles and hangs with rich fabrics and dark woods. Behind the action a stringed instrument keens in a low register and a piano riff trembles in a gentle minor key. They disrobe. She lays down. He asks her if she touched herself; she's shy.

He maneuvers her hand down there. She looks pleasantly shocked. Then he stands up and takes off his pants so she can get an eyeful of what she's working with. Apparently that is sufficient, because then he mounts her, informs her that "this may hurt a moment" … then badda bing, badda boom, he starts pumping away like a bunny hopped up on cold brew coffee. Afterward he rolls off of her and finishes in the sheets – more on that later – as the tender music fades out.

"Is there a more romantic notion?" coos the series' narrator Lady Whistledown (voiced by Julie Andrews) in the next episode. "To retreat from society together, finally leaving watchful eyes behind?"

Yes, there is a more romantic notion. It is called foreplay.

In a ribald montage that follows, Daphne and Simon get it on vis-à-vis all manner of jack-hammering – ramming it here, jamming there, pounding those guts like there's no tomorrow with very little in the way of a prelude. He sticks his head under her skirts while she leans against a ladder in a dark spot at the end of a marble hall and her breath catches. And every time I kept on thinking about the famous classroom scene from "Monty Python's The Meaning of Life" where John Cleese admonishes an eager student during a sex ed class:

"What's wrong with a kiss, boy? Hmm? Why not start her off with a nice kiss? You don't have to go leaping straight for the clitoris like a bull at a gate – give her a kiss, boy! ... Nibbling the earlobe, kneading the buttocks, and so on and so forth! So: we have all these possibilities before we stampede toward the clitoris!"

As anyone who has seen "Bridgerton" knows, the miserable look of newlywed humping is only part of their problems in bed. Simon's insistence on, ahem, early withdrawal is at the center of a significant twist in the series. (There's also an alarming scene that has touched off vigorous conversations about consent and rape.)

However, we're here to discuss a truth that should be universally acknowledged by now: that bad love scenes are miserably common on TV and in movies, two mediums dominated by the male point of view.

This leads to a lot of explicit depictions of sex that are decidedly anything but sexy or, as we see here, interpretations of "lovemaking" that tend to be obscured by setting. When Daphne and Simon do it on the steps of a garden folly in the rain, sensuality is presented to the viewer in the form of the situation as opposed to the act itself, which is secondary.

We're not meant to be aroused by Simon giving Daphne oral pleasure as much as we are to be turned on by the fabulousness of the accoutrements – the dream of wealth demonstrated in a silk gown, the fantasy of being wanted by such a handsome, tender man who owns such a big house! And this follows every cliched notion about what men think women want with regard to visual stimulation to the letter: for the viewer, gawking at Simon's naked torso should be foreplay enough. Works for Daphne right?

It doesn't have to be this way, and more frequently than before, it hasn't been. Even while "Game of Thrones" turned nudity and sexual exploits into triggering scenery for the sake of base titillation, a number of shows used sex as integral to their narrative and the psychological expansion of their characters. "Masters of Sex," not surprisingly, centralized eroticism and explored how it shapes the power differentials between men and women. Sex tangles the plots in "The Americans" and bungles relationships in "Girls" and "You're the Worst," and those are just a handful of shows where intimacy isn't treated as an afterthought.

Although sex is a frequent guest in serialized entertainment, sensuality that caters to women is as rare as a snow leopard sighting. Seeing "Bridgerton" fall down on this front, then, is especially disappointing – doubly so in a time when examples of series that excel in depicting intimacy are readily available.

"Outlander," for one. The drama staked out its territory with its famous 2014 wedding episode where Claire and Jamie spent as much time talking about who they are and what they want as they did with slowly drinking in each other with their eyes. The entire episode was an exercise in methodical tantalization, as much for the couple as for the viewer. They even took their time getting to the first kiss, and once they finally did, we melted.

"Bridgerton" wraps pleasure in brocades and high ceilings and sugar, with the belief that this is enough to arouse the viewer who is as starved to gaze upon vicariously erogenous pleasure as they are to feast on the sight of a prettier world. It is not.

Presumably there will be another season, which the producers should accept as a license to be bolder with its eroticism. If the goal is to immerse us in romance and sensuality, then take time and get those private moments right. Trust that slowing down will only make people want to binge more.