Over the course of the seven-episode series, goodness inevitably wins the day — a welcome departure from reality 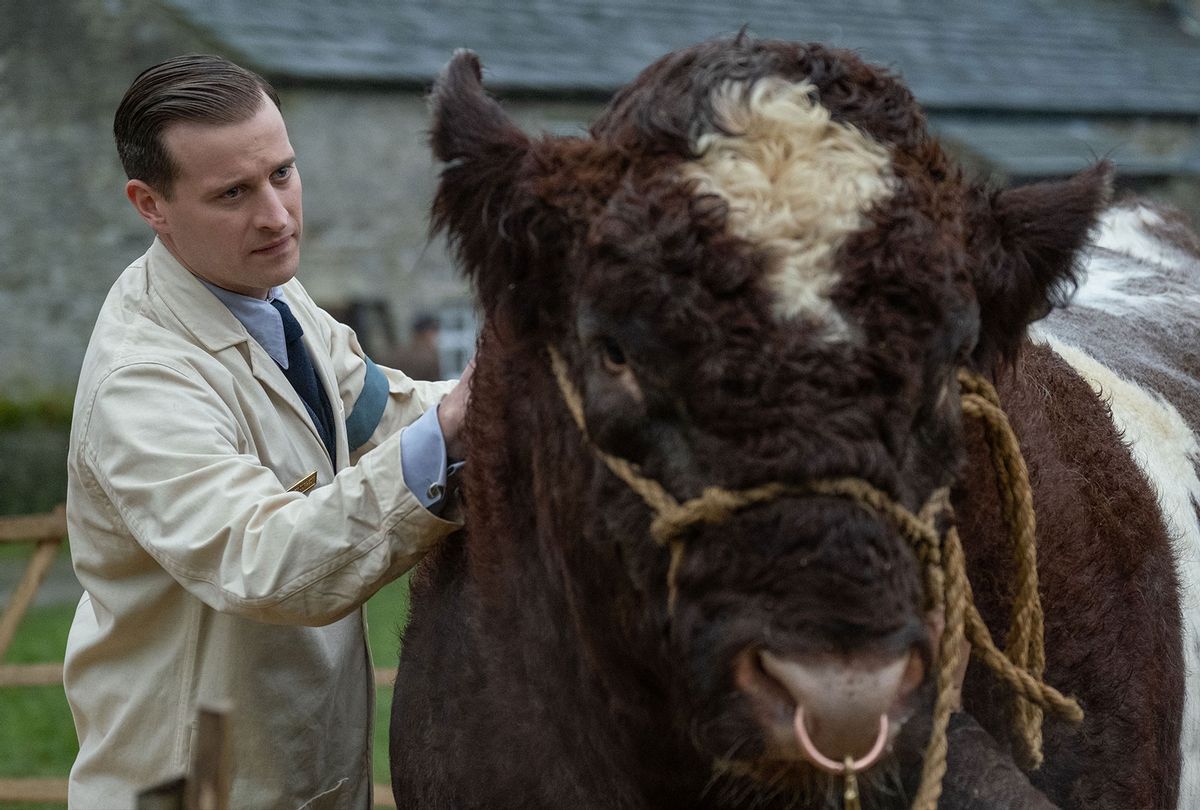 All Creatures Great and Small (PBS/Masterpiece)
--

Even as I watched the animated introduction to PBS Masterpiece's "All Creatures Great and Small," which features a small automobile zipping through rolling green hills dotted with fleecy sheep, I felt my jaw unclench and my shoulders drop just a bit. The series, which is based on the beloved books by Alf Wight (under the nom de plume James Herriot), promises from the outset to be tremendously cozy — the television equivalent of a chunky sweater knit from oatmeal-colored yarn.

But "All Creatures" doesn't just stop at being pleasant in a wholesomely British kind of way. Coursing through the entire seven-episode series is such an amount of heart, the kind that ensures that goodness and decency inevitably win the day, that it will leave you yearning for better times, especially amid the unprecedented stress the last year has brought us.

The story, like the 1978 television adaptation, centers on James Herriot (played in this version by newcomer Nicholas Ralph), a young and optimistic Scottish man who finds himself working as a veterinarian assistant in a quaint Yorkshire town in the late 1930s. His boss, Siegfried Farnon (Samuel West), typically comes off as stubbornly curmudgeonly, except when he occasionally shows a hidden vulnerable streak to his housekeeper, the ever-capable Mrs. Aubrey Hall (Anna Madeley).

James and Siegfried don't always see eye-to-eye — Siegfried enjoys putting James through his paces, especially when the more challenging calls come in — but they soon develop a relationship built on mutual respect. Together they traipse through the country and tackle calls about cows that can't stand up and horses with injured front hooves.

Busting in to shake up the idyllic countryside is Siegfried's indolent, but extroverted brother Tristan (Callum Woodhouse), who returns home after failing his veterinary school examinations. After a competitive start, he and James form a brotherly bond, kind of a joint "us against him" eye roll when Siegfried is in one of his moods.

There is a parade of distinctive clients whose animals need attending. Gruff farmers, persnickety racehorse owners, townspeople who aren't quite sure what to make of Siegfried's new assistant (the fifth in recent memory). Speaking of wanting to return to better times, this series marks Dame Diana Rigg's final on-screen role; here, she embodies the wealthy, eccentric Mrs. Pumphrey who dotes on her absurdly high-maintenance Pekingese, Tricki Woo

To that point, while the stories have always largely focused on the antics of and dynamics between Siegfried, James and Tristan, this version of "All Creatures" thankfully expands to give the women in their lives much heftier backstories and motivations. Mrs. Hall isn't just a nurturing, but flat, matriarch — rather her estrangement from her son is what seems to drive her care for others. James' main love interest, Helen (Rachel Shenton), is established as an independent farmhand whose energies are largely devoted to caring for her young young sister (Imogen Clawson).

That said, the series doesn't otherwise deviate too much from the formula set forth by the original BBC "All Creatures Great and Small," which is honestly welcome. Producer Colin Callender, writer Ben Vanstone and director Brian Percival — known for his work on "Downton Abbey" — zero in on the elements that made its predecessor so beloved and capture them anew for modern audiences: the stunning pastoral landscapes, the light British banter, the gorgeous animals (So many sweet baby cows with big black eyes! So many very good dogs! ).

Underpinning that is this idea that, as the title would suggest, there's something deeply edifying about caring for the most helpless creatures around us — that our society would be better off if more people went out of their way, even just a little bit, to see after the comfort of others. In that way, "All Creatures Great and Small" is kind of a period-specific extension of what I'd call the "Ted Lasso effect."

The Apple TV+ show, which stars Jason Sudeikis as the title character, so appeals to viewers because it takes place in a universe where good work and kindness is actually rewarded. As Salon's Melanie McFarland wrote, "What it preaches is taking comfort in who we are and how we are, and having faith that we can become better."

"All Creatures Great and Small" imparts a similar message — and as such, perhaps it will leave viewers in a space where they aren't just longing for better times, but inspired to make the future better, too.