Unless "Cobra Kai" learns new moves, it may be time for Netflix to sweep the leg

The retro karate show has already been renewed, but its adherence to a middling premise fails its characters & fans 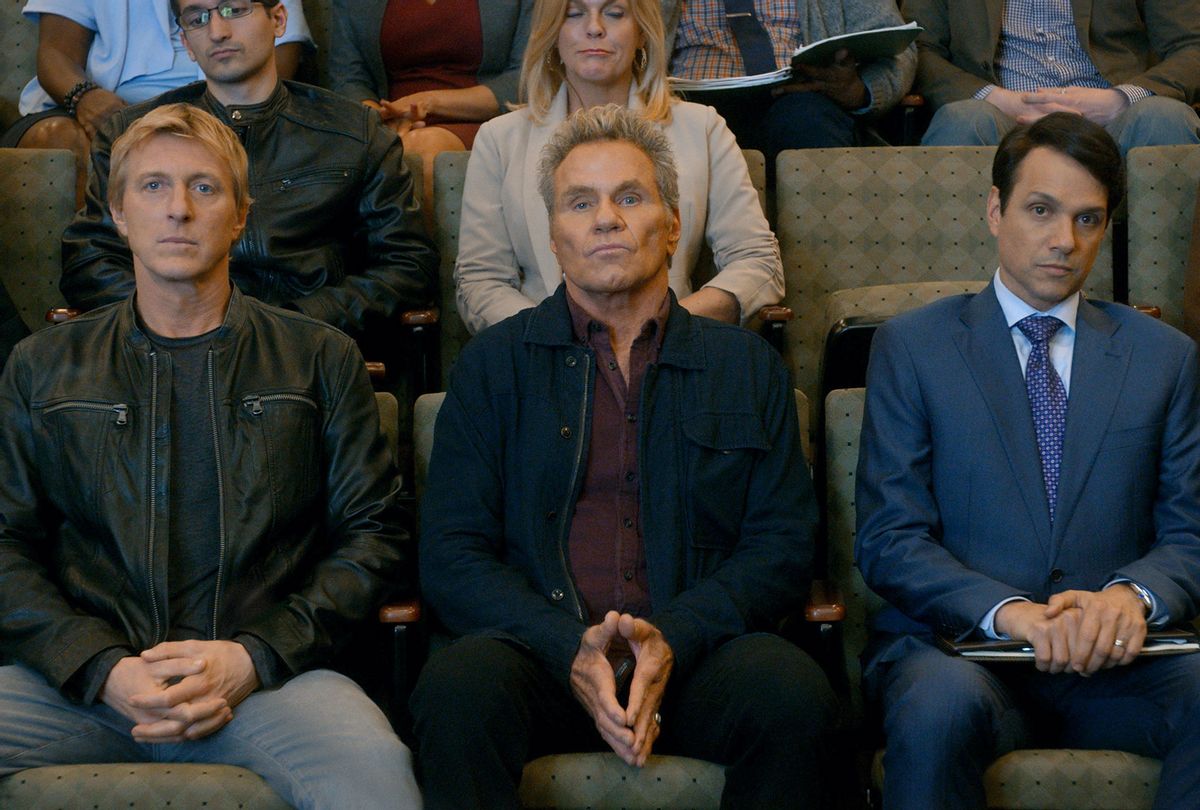 There's simply too much decent-to-good TV out there for critics to write about any show that doesn't elicit passion, be it positive or furious.  This means that if a critic returns to write about subsequent seasons of a show, regardless of what their verdict on that season may be, take it as a sign that they – I – actually care about that show, or I know you care.

With me? Great. Now let's talk about ending "Cobra Kai."

That sent a few of you straight to the comments section to air your rage, didn't it? But why so serious? This discussion is theoretical at best. Currently "Cobra Kai" is one of Netflix's most popular titles. It was picked up for a fourth season before the third one premiered on Jan. 1 – ergo, it is in no danger of ending right now or even after the fourth season. So why even theorize about shutting it down?

Because when a show like this slips from great to good to "Where is this headed?" it's time to sit down and pull out the road map before the car flips into a ditch. And "Cobra Kai" really was exciting and thought-provoking in its first season for the same reasons that are tangling it up right now.

The first season picks up where "The Karate Kid" left off, dropping us into the lives of high school bad boy Johnny Lawrence (William Zabka) and lovable underdog Daniel LaRusso (Ralph Macchio, blessed with an ageless face) decades after the All-Valley Karate Tournament where Daniel defeated Johnny . . . permanently, it turns out.

Resuming the story in 2018 turned the dynamics on its head while drawing upon components that made "The Karate Kid" a classic: Johnny is down and out and takes his own skinny underdog Miguel (Xolo Maridueña) under his tutelage, resurrecting his old dojo in the process.

Daniel is now wealthy and a famous car dealer in the Valley, and by way of a few plot turns ends up taking in Johnny's estranged son Robby (Tanner Buchanan) and passing on the late Mr. Miyagi's teachings to him. This setup favors Zabka more than Macchio in that it grants us a window into his versatility. Macchio's popped up on plenty of TV shows over the years, but Zabka's flown under the radar. This series lets his comedy actor out to play while also showing that he wears anguish well, too.

Plot-wise "Cobra Kai" follows very similar katas to Daniel and Johnny's original 1984 journey, down to pitting Miguel and Robby against each other over the same sweet-as-pie girl . . . who happens to be Daniel's daughter Sam (Mary Mouser).

The first season ends in a tournament – like the first movie – the outcome of which helps both Johnny and Daniel grow as fathers and mentors, and sets up Season 2.

Enter John Kreese, Johnny's malicious sensei played by Martin Kove. Kreese's resurrection is a welcome surprise . . . to a point.  Steering his entry into the story is a plot that telegraphs every twist, partly because the season takes many of its cues from "The Karate Kid III" (save for the unsanctioned "Brawl in the Halls" that rips apart the local high school).

But wait – in case you worried that series creators Jon Hurwitz, Josh Heald, and Hayden Schlossberg decided to skip "The Karate Kid II" trip to Japan, don't!  They saved that for this current season, while also incorporating the threequel's leftovers. Basically every episode of "Cobra Kai" is a remix of the original films in some way, and that isn't doing it any favors. (Although Tamlyn Tomita did an admirable reprise of Kumiko, her character from "II,"  despite the Magical Minority subplot mission that brings her back.)

And its overreliance on past glories that decrease with each new outing is epitomized by Kreese. Kove does a fine job playing him; the problem is that there isn't much to the character, as I stated in my original review. Instead of relitigating that point, though, let's discuss why Kreese is a glaring symptom of the larger affliction debilitating this series.

In short, he's a movie villain dropped into an episodic story. And when a villain is a main focus of a story, we'd better know why he's so committed to his path.

Movie audiences give writers a pass to paint their boss-level antagonists with the broadest strokes because we know they only a have a couple of hours to tell a story. The best movies give its adversaries profundity and a goal we can understand, but "The Karate Kid" and "The Karate Kid III" do not qualify as cinematic epics.

Such lowered expectations mean we don't have to care about the why of Kreese in the first flick – the classic "sweep the leg" line is simple, sociopathic prose that pretty much lets us know what he's about. Ten episodes of television and about five hours of runtime demand a bit more explanation. The movies never say why Kreese is so bent on petty vengeance and small stakes; the cliffhanger threat at the end of the current season is that he challenges Johnny and Daniel to a duel by, what else, tournament.

And this is the plainest example of a larger problem with "Cobra Kai." What began as a tribute to an adored film franchise remolded to explore broader discussions about fatherhood, toxic masculinity, partisanship and the perils of living in the past has become a wayback machine stuck in a loop.

Daniel and Johnny spend three seasons clashing before uniting to stave off a common enemy. Kreese spends two seasons goading his kids into committing criminal acts and never explains his motivation or his endgame – and those gratuitous, cringe-inducing flashbacks to Vietnam do very little to place a stopper in this void.

The kids are alright until they're not. Eventually a few of them go full psycho, including former geek Hawk (Jacob Bertrand), until suddenly and with very little notice, he enacts a face turn.

This is what happens when writers marry themselves to a middling premise. When you realize that Hurwitz and Schlossberg are behind the "Harold and Kumar" films, a trilogy that went from outstanding to meh to "I want my money back" in three films flat, that adds to the understanding of why an intervention might be helpful at this juncture.

That franchise, like this one, is blessed with memorable characters played by likable actors that initially presents itself as a weed farce but blossoms into a commentary on othering and the first-generation immigrant experience in America. That's "Harold and Kumar Go to White Castle" I'm describing. After that the writers failed to mature and complicate a storyline anchored by an odd but wonderful pair. Now we enjoy the memory of the first movie as opposed the reality of the subsequent two.

"Cobra Kai" can be great again, however, if the writers ditch the old scripts and pave a path that isn't paved with stale (if good) memories. That's worked for plenty of series adaptations of films whose makers take advantage of TV's expansiveness to produce an altogether different and more profound experience.

"Fargo" is both a tribute to the Coen Bros.' original creation and very much an original vision. There's one. "Westworld" is pretty great. "Buffy the Vampire Slayer" threw the movie script out the window and started fresh. (It helps that "Buffy"'s creator realized his story as he intended to tell it through the TV series).  "M*A*S*H" sits on the throne in TV Valhalla. "Hannibal" is stunning, as is "Friday Night Lights," "The Odd Couple" – all successful adaptations with moves worth studying.

Critics tend to be hardest on the shows we (used to) love, and that's the case here. Vexing and humor-deficient as the current season is relative to the previous, there's enough going for it to make it worthwhile to ride out the slack, beyond any completist urges. Johnny Lawrence, Daniel LaRusso and all their students can be great again, but only if their creators take the advice given to Johnny by an old friend.

"Sometimes it's good to visit the past to know where you are now," she says. "But you can't live in the past."

"No. We have to live for today," Johnny agrees.

"And the future," she finishes, "whatever that might bring."

Yes, exactly this. And hopefully it doesn't look anything like what we've already seen.

Otherwise, somebody needs to sweep the leg.

All seasons of "Cobra Kai" are streaming on Netflix.