“Hit him where it hurts”: Corporate America dumping Trump and GOP after deadly Capitol riot 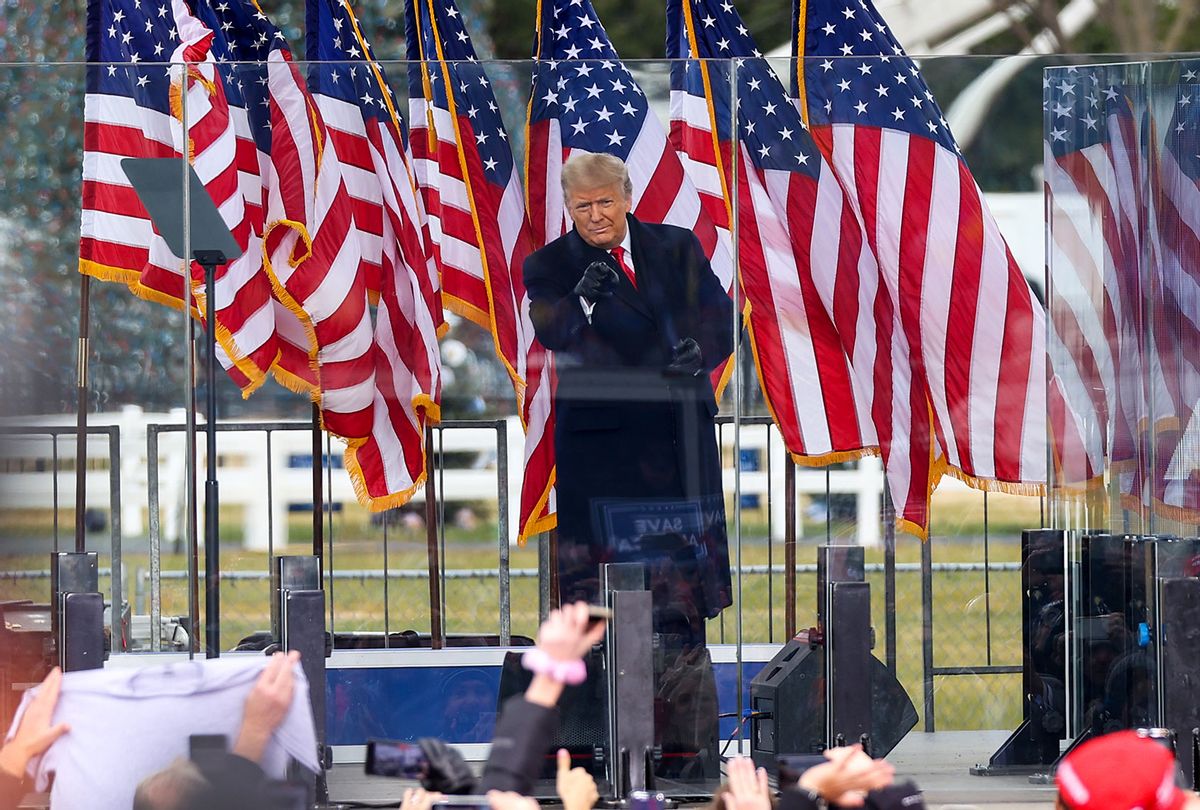 Major corporations are taking steps to cut ties with President Donald Trump and his allies after they pushed false conspiracy theories about the election that fueled last week's deadly Capitol riot.

The PGA announced on Sunday that it would strip Trump's Bedminster golf course of a major tournament in response to the riot, which left five dead, including a Capitol Police officer. The payment processor Stripe says it will no longer process donations to the president's campaign. Every mainstream social network has locked or restricted the president's accounts. A growing number of companies vowed to stop funding other Republicans who backed Trump's attempt to disenfranchise millions of legal voters and overturn his election loss.

While Trump faces a potential impeachment and legal liability for his role in fomenting Wednesday's siege, many journalists noted that the financial consequences "hit him where it hurts."

The PGA Board of Directors voted on Sunday to "terminate the agreement to play the 2022 PGA Championship at Trump Bedminster," Jim Richerson, the president of the PGA, said in a statement. Richerson said in a video accompanying the statement that it became clear that holding the event at Bedminster "would be detrimental" for the organization.

"Our feeling was given the tragic events of Wednesday that we could no longer hold it at Bedminster," Seth Waugh, the CEO of the PGA, told the Associated Press. "The damage could have been irreparable. The only real course of action was to leave."

The PGA previously canceled an event at Trump's National Los Angeles Golf Club in 2015 after he made racist comments about Mexican immigrants on the campaign trail, but the PGA Championship was a particular source of pride for the president.

"Certainly when you have courses, when you get acknowledged to have one of the majors ... having the PGA is a very, very big deal," Trump said after the PGA announced the event in 2014. "So it's very important to me. It's a great honor for me and it's a tremendous honor for both of those clubs."

The Trump Organization told the AP that it has "a beautiful partnership with the PGA of America and are incredibly disappointed with their decision." The company said it had already invested "many, many millions" into the event and accused the PGA of a "breach of a binding contract."

Stripe, the payment processing company, is also cutting off the Trump campaign for violating its policies against "encouraging violence," sources told The Wall Street Journal. Shopify, an e-commerce platform, also took down two online stores affiliated with the president for violating a similar policy.

"Shopify does not tolerate actions that invite violence," a spokesperson told The Financial Times. "Based on recent events, we have determined that the actions by President Donald J. Trump violate our acceptable Use Policy, which prohibits promotion or support of organizations, platforms or people that threaten or condone violence to further a cause."

Numerous online platforms have banned or restricted the president in response to Wednesday's violence. Twitter announced that it permanently banned him from publishing on the platform "due to the risk of further incitement of violence," citing plans proliferating on the platform of a "proposed secondary attack on the US Capitol and state capitol buildings on January 17."

Facebook and Instagram also banned Trump from posting indefinitely, and at least until President-elect Joe Biden takes office. Facebook CEO Mark Zuckerberg said the "risks of allowing the President to continue to use our service during this period are simply too great."

Reddit banned the "r/DonaldTrump" sub-reddit on Friday, citing violations of policies against "content that promotes hate, or encourages, glorifies, incites, or calls for violence against groups of people or individuals." YouTube and TikTok said they would crack down on videos that circulate "false claims" of election fraud pushed by Trump.

The far-right social network Parler, which promoted itself as an alternative to mainstream social networks, was also removed from the Apple and Google app stores over the weekend. Amazon, which hosted the website, said it would no longer work with the social network due to a "steady increase" of violent content and the company's refusal to police it, according to BuzzFeed News. Parler CEO John Matze bragged that the site would only be down for about a week because it was well-prepared for the situation, but later acknowledged that the service will "likely be down longer than expected" because "most of our other vendors" and "most people with enough servers to host us have shut their doors to us."

"We need to help induce national calm NOW," Cumulus executive Brian Phillips said in a memo obtained by The Washington Post. "[Cumulus and its syndication partners] will not tolerate any suggestion that the election has not ended. The election has been resolved and there are no alternate acceptable 'paths'…If you transgress this policy, you can expect to separate from the company immediately."

Republican lawmakers who backed Trump's futile bid to overturn his election loss on January 6 are increasingly facing blowback as well. Last week, Simon & Schuster announced that they canceled Sen. Josh Hawley's, R-Mo., upcoming book about the "tyranny" of big tech because it could not support him "after his role in what became a dangerous threat." One of Hawley's top donors also disavowed the senator, who was the first in the chamber to announce plans to object to the Electoral College results.

The hotel giant Marriott will temporarily cut off donations to Republicans who voted against certifying the Electoral College results.

"We have taken the destructive events at the Capitol to undermine a legitimate and fair election into consideration and will be pausing political giving from our Political Action Committee to those who voted against certification of the election," a spokesperson told Business Insider.

Financial giants Goldman Sachs, Citigroup, JPMorgan Chase, and Morgan Stanley said they will pause all political contributions after what Democrats have described as an "attempted coup."

"We want you to be assured that we will not support candidates who do not respect the rule of law," Citi official Candi Wolff said in a memo to employees, according to Bloomberg.

The insurer network BlueCross Blue Shield and Commerce Bank owner Commerce Bankshares said they will cut off donations to lawmakers who objected to the results as well, according to Popular Information. Bank of America, Ford, AT&T, CVS, Exxon Mobil and Wells Fargo were among the companies that told the outlet they would review their political donation policies.

The riot may have caused some major individual Republican donors to rethink things as well. Blackstone CEO Stephen Schwarzman, a longtime supporter of Trump, told Business Insider that the "insurrection that followed the President's remarks … is appalling."

"I am shocked and horrified by this mob's attempt to undermine our constitution," he said.

The National Association of Manufacturers, an industry group that has supported Trump for years, condemned the president and called for his Cabinet to invoke the 25th Amendment to remove him from office.

"Throughout this whole disgusting episode, Trump has been cheered on by members of his own party, adding fuel to the distrust that has enflamed violent anger," NAM CEO Jay Timmons said in a statement. "This is not law and order. This is chaos. It is mob rule. It is dangerous. This is sedition and should be treated as such. The outgoing president incited violence in an attempt to retain power, and any elected leader defending him is violating their oath to the Constitution and rejecting democracy in favor of anarchy. Anyone indulging conspiracy theories to raise campaign dollars is complicit."