In this Netflix film, Balram dares to take advantage of every opportunity to change the hand society dealt him 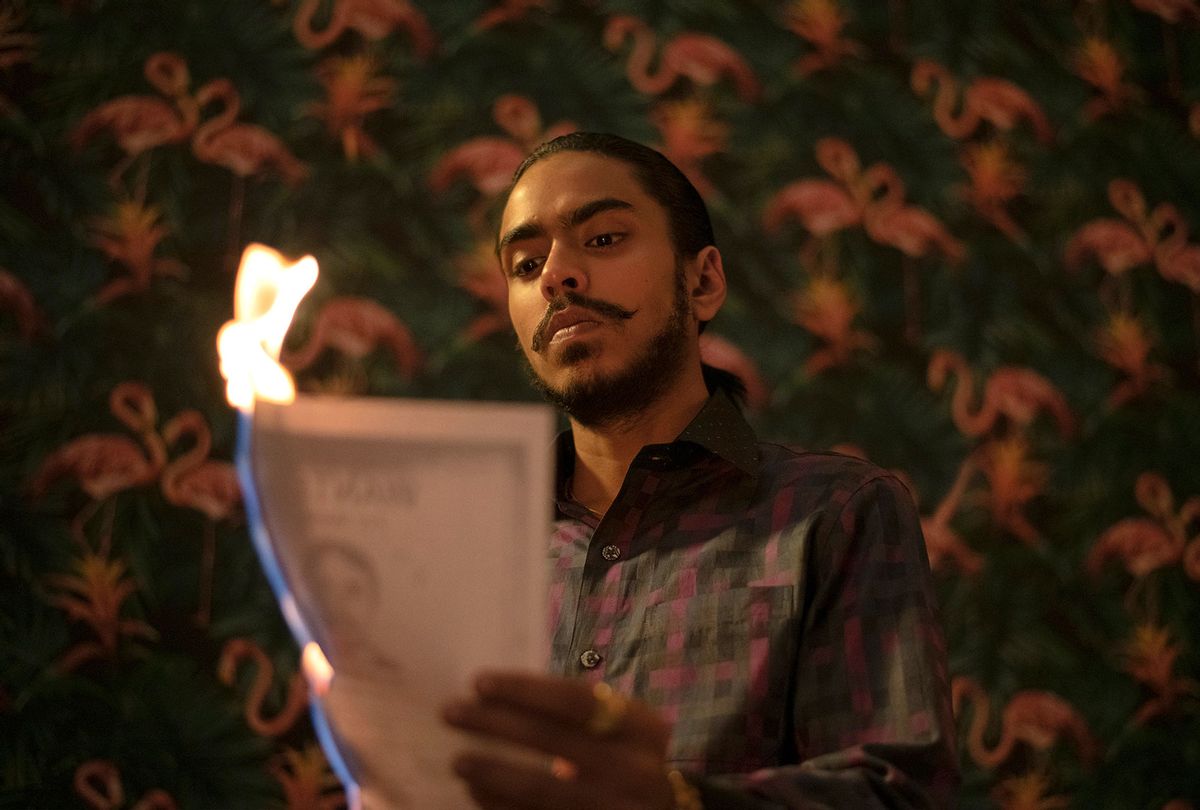 A terrifically cynical yet sanguine tale of bootstrapping, "The White Tiger" could easily have been retitled "The Rooster Coop" given the protagonist Balram's (Adarsh Gourav) analogy that servants in India are basically trapped animals awaiting impending slaughter. But the title comes from the once-in-a-generation birth of the prized white tiger, a symbol of Balram's ability to succeed in a society where his fate was practically sealed by being born in the Halwai (sweetmaker) caste.

Late in the film, Balram takes his nephew to a zoo where the see a white tiger in a cage. It provides an apt metaphor. Director Ramin Bahrani, who adapted Aravind Adiga's Man Booker Prize-winning novel, suggests that no matter how valuable one may be, they may still be imprisoned.

As Balram narrates his story, he talks about the two Indias — one dark, one light — noting that there is a possibility that any poor Indian boy can be Prime Minister, but also that "one should not be a poor man in a free democracy." He describes how Indian entrepreneurs must be both "straight and crooked, mocking and believing, sly and sincere." Balram, with his slicked back hair and ponytail, reveals himself to be all of these things. His ambitions know no bounds — especially after he realizes the door of opportunity is unlocked.

"The White Tiger" flashes back to show young Balram (Harshit Mahawar) in his village of Laxmangarh in Northern India. He knows English and is promised a scholarship in Delhi. However, his fate gets sidetracked by his family. His father is indebted to the local landlord (Mahesh Manjrekar), and Balram must work as a result; he regrets never attending school again. But he does not stop learning from the school of life. He discovers that the landlord may need a driver and promises his Granny (Kamlesh Gill) great fortune if she will support him taking driving lessons. He uses his wiles to get the job as a second driver, working mainly for the landlord's American-educated son Ashok (Rajkummar Rao).

The car is a(nother) cage, of course, but it allows Balram slightly more freedom. Once ensconced in servitude, Balram's resourcefulness helps him find the weakness of the first driver, which he shamefully/shamelessly exploits. Balram also ingratiates himself with Ashok, who sees the poor young man as typical of the untapped market of Indians who can benefit from (and/or be exploited by) the outsourcing industry in Bangalore.

Balram accompanies Ashok and his Brooklynite wife Pinky (Priyanka Chopra, who also executive produced) to Delhi, and drives the couple to various appointments. Some meetings involve Ashok delivering satchels of money to compensate for his family's tax fraud, indicating the rich are, indeed, guilty.

"The White Tiger" portrays this shift in Balram's fortune with the young man's wide-eyed gaping at the city's skyscrapers and luxury. There is a tension watching Balram negotiate his new circumstance. He holds the car door open for Ashok, who feigns embarrassment, but relents, enjoying his privilege. Balram enjoys privilege by association even though he sleeps in the parking garage with the other servants/drivers. The underground network is another system Balram has to navigate, but he knows he is better off there than being in his village, where his Granny wants him to marry, which would derail his ambitions.

The crafty servant does gets chummy with his Master — they are seen playing a video game at one point — but Ashok is mercurial and can put Balram in his place. The two actors complement each other well. Adarsh Gourav makes his savvy sycophant appealing as Balram tries to please the very man he should hate. In contrast, Rajkummar Rao (so good in "Newton," available on Amazon) plays Ashok as guileless. But he borders on creepy — especially during a drunken visit to Balram's garage room.

However, most of this is background. The real drama in "The White Tiger" stems from a decision the characters make following a tragic car accident that occurs around the film's midpoint. (It is actually hinted at in the opening scene, but Balram's narrative cheekily insists, "This is no way to start a movie!") As the situation is manipulated to benefit the culpable, Balram's attitudes inform his subsequent actions.

Bahrani's recent films — "99 Homes" and the underrated "At Any Price" — both featured characters making questionable decisions and behaving amorally for their own benefit. "The White Tiger" continues this trend, but it is less aggressive. It may be why Balram humbly asks viewers in the opening moments to withhold their judgment of him until, "I've told you my glorious tale."

What makes this contemptuous tale glorious is that Bahrani's stinging social commentary has exuberance even during its darker moments. The film practically delights in showing the lengths Balram is willing to go to break out of the rooster coop. And "The White Tiger" invites viewers to root for a man whose behavior is likely no worse than the corrupt Master he serves.

One revealing scene features Balram squatting and smiling with a holy fool as they relieve themselves, perhaps acknowledging that everyone is the same on some level. But a more telling episode has Balram reacting aggressively to a beggar woman, showing his haughtiness and entitlement.

Shrewdly, whenever Balram sheepishly apologizes for any of his transgressions; he is really saying, "Sorry, not sorry." And this is why "The White Tiger" is so enthralling. Balram plays both sides, and Bahrani admires how he games the system to get what he wants, even as he lightly chastises him for doing that.

"The White Tiger" is available in select cinemas and on Netflix on Friday, Jan. 22.