Biden has already visited more local D.C. restaurants than Trump as president—here's why it matters

Joe Biden went for a bagel last weekend. Some restaurant owners are hoping an industry-wide bail out is next 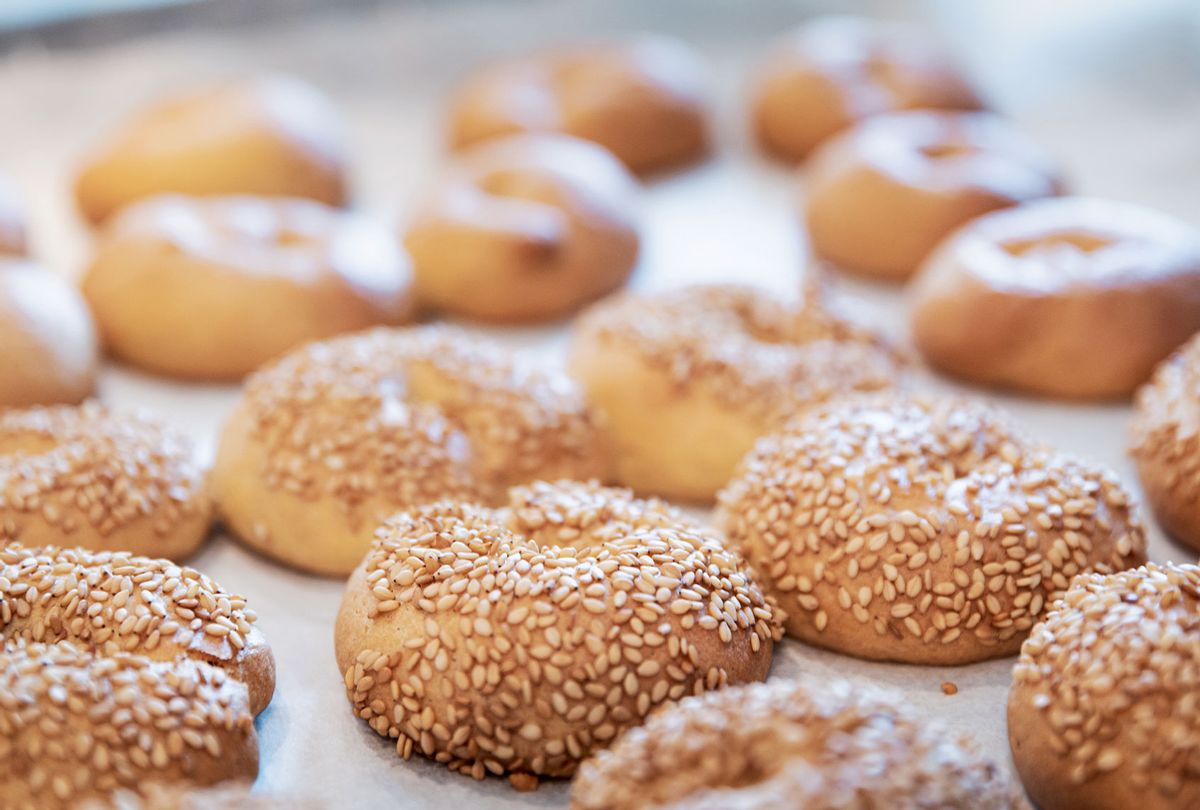 Well, photos taken by White House press pool members showed a small swarm of black SUVs parked in front of Call Your Mother, a Jewish deli in Georgetown, while Biden and his granddaughters, Finnegan and Maisy, remained in the car. His son, Hunter, and a number of secret service members, waited at the take-out window where they retrieved a bag of sesame bagels and some tubs of cream cheese, according to the deli.

While some Americans fanned out over the sheer normalcy of the concept of a president who spends his Sunday afternoon grabbing some post-church lunch, others inevitably served up a side of cynicism. About the perceived frivolity of the photos ("Not newsl!!!!" one Twitter user wrote); about the fact that Biden opted for a toasted bagel; and about the fact that Jeff Zients, who was recently announced as the coordinator of Biden's coronavirus task force, used to be a part-owner of the trendy deli. (The trip apparently wasn't pre-planned, and Zients divested his interest in the restaurant before joining the administration, according to The Washington Post.)

But one interesting statistic emerged from tug-of-war between the "Oh, that's wholesome" reactions and the incessant calls from conservatives to revisit the invented Hunter Biden scandal. With that one Sunday afternoon visit — which took place after the president had been in office for about 100 hours — Biden had officially visited as many D.C.-area restaurants during his fledgling administration than former President Donald Trump did during his entire four years in the White House.

Trump is known to have visited only one restaurant during his time in Washington: BLT Prime by David Burke at the Trump International Hotel, where he ordered a well-done steak and a side of ketchup. It's worth noting that BLT Prime was a replacement restaurant: José Andrés decided to back out of his Trump Hotel restaurant deal in 2015, citing the former president's disparaging comments about Mexican immigrants as the reason for his decision.

Many in the restaurant industry and food media turned on Burke for his decision — and subsequent allegations that he attempted to poach Andrés' staff — including the late Anthony Bourdain, who famously told Eater in 2016, "Burke's a steaming loaf of s**t as far as I'm concerned, and feel free to quote me."

Trump never had a particularly high opinion of D.C.-area restaurants, saying in 2016 that "there aren't that many [great restaurants] in Washington, as you know." Meanwhile, Bon Appetit declared Washington the "restaurant city of the year" that same year.

Instead, he would send bodyguards on McDonald's runs and stock formal White House dinners with a buffet of Filet-O-Fish sandwiches and slices of Domino's pizza, all washed down with a dozen daily Diet Cokes, which were summoned using a special button on the Resolute Desk since removed by Biden. Trump occasionally teased visits to area restaurants like the Georgetown Italian restaurant Cafe Milano — which was so popular with his staff that Page Six dubbed it "the second White House cafeteria" — but nothing ever manifested.

Of course, there's speculation about how well Trump would have been received at local restaurants. Refusing service to politicians — or otherwise allowing that service to be disrupted — picked up during Trump's administration, as Salon has previously reported.

In June 2018, former White House press secretary Sarah Huckabee Sanders was asked to leave the Red Hen, a popular Virginia restaurant, because the owner said "that many members of her LGBT staff were uncomfortable serving Sanders." Days earlier, Department of Homeland Security Secretary Kirstjen Nielsen was met with protests at a Mexican restaurant in Washington.

"Secretary Nielsen, how dare you spend your evening here eating dinner as you're complicit in the separation and deportation of over 10,000 children," shouted a member of the group.

The protesters proceeded to chant "shame, shame, shame" and left after about 15 minutes. Restaurant management chose not to intervene, according to The Washington Post. These incidents, in combination with 2019 reports of Eric Trump being spit on by an employee at Chicago's Aviary and Mitch McConnell having his leftovers dumped into the street by a fellow diner, illustrate how Trump likely would have been greeted if he would have been seen in public by fellow diners. Many restaurants might also not have wanted to be associated with the president or his administration.

Why does it matter that Biden opted to support a local establishment within his first week as president? Local restaurants are hurting so badly right now, largely because Trump didn't take curtailing the pandemic seriously until it was too late.

In 2020, the National Restaurant Association released a survey showing that nearly 1 in 6 American restaurants — a total of 100,000 — have closed either permanently or long-term due to restrictions enacted to mitigate the spread of the novel coronavirus. Nearly 3 million industry employees are still out of work, and the industry is on track to lose $240 billion in sales by the end of the year.

In the face of those numbers, Biden stopping for a bag of bagels is a miniscule gesture, but it's one leaders in Washington's dining scene hope will prompt patrons following suit by supporting local restaurants across the U.S.

Kathy Hollinger, the president and chief executive of the Restaurant Association Metropolitan Washington, told The Washington Post that the Call Your Mother stop was "a much-needed boost."

"I think that psychologically it gives the kind of lift that not only the small-business operators need but also the residents who are very invested into this community and who are such supportive diners," she said. "They like to see that the president is also connected in that way."

"Any time there was an appearance [by Obama or the first family], there was this excitement," she said. "There was an interest to go visit, as well, knowing that if the president ate here or stopped by that we want to check out what they're eating and . . . what they're finding so interesting in terms of cuisine choice."

The industry — both locally and across the nation — is obviously confronting different challenges today. But there are hopes that Biden's immediate personal support of local restaurants will soon be followed by systemic changes. Trump never provided local restaurants with any targeted relief, and many are pushing for Biden to immediately enact the RESTAURANTS Act. The $120 billion grant program would effectively bail out bars, food trucks, and other struggling culinary establishments.

As one Twitter user aptly put it, "Bagels are great, but a bail out is better."