Memo to my friends: Please stop trying to buy my 21-year-old daughter a drink

Why do people thirty years her senior have an odd obsession with buying my newly-of-age daughter a drink? 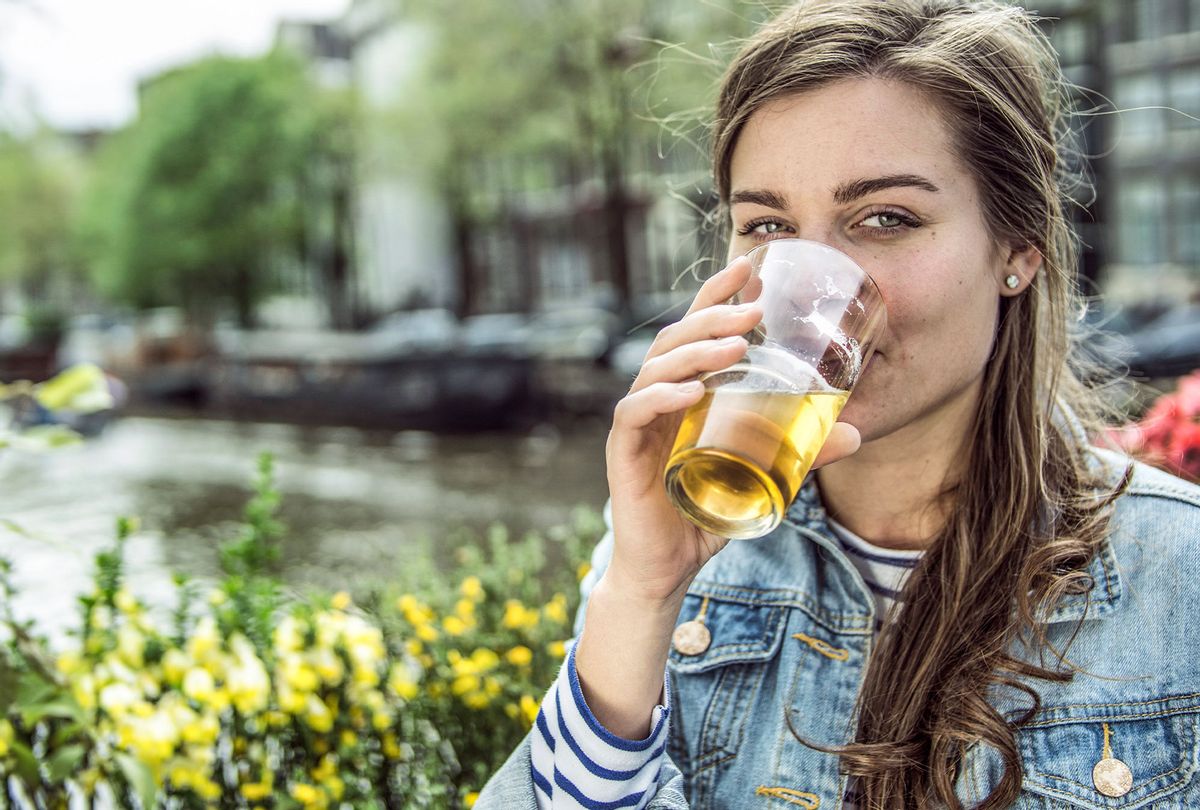 It was a heartwarming story, I guess, because CNN had reported it under the umbrella term of "inspiring, positive" news. A young Massachusetts man whose father died six years earlier had left him a memento to be enjoyed on his 21st birthday — a ten dollar bill to buy his first beer. "Knowing that he thought about a future big moment in my life meant everything," Matt Goodman told reporters in December, "because even being gone he still did whatever he could to make my 21st birthday. It was probably the best present I've ever gotten."

One month later, when my own firstborn turned 21, I did not give her ten bucks. I did not crack open a beer from the back of the fridge. And I'd really like my friends who say they wish they could take her out drinking to calm right down.

I understand the gesture that Matt Goodman's late father was trying to make. As a private message of love to a son he didn't get to see into adulthood, it makes a degree of sense. It's also a particularly male story, one in which emotions are expressed through the masculine gesture of having a symbolic cold one with the old man. But I found it surprising that the story went viral, that this idea of parent-child beer bonding struck such a chord. As a mom currently fending off similar offers from adults toward my own kid, I'm absolutely baffled.

Like many of my fellow GenXers, I enjoyed years of brazen, enthusiastic underage drinking back in the day. I capped it off with a 21st birthday celebration I do not remember beyond the party theme, which was "EAT THE WORM." What I do recall is that from that point on, I did not suddenly commence socially drinking with my friends' parents. Nor do I ever remember a sense that the adults in my life had been eagerly waiting to welcome me, cocktails in hand, into the community of drinking.

In contrast, as my elder daughter was approaching her milestone birthday, I began getting wistful messages from pals. "Wish I could raise a glass with her in person!" a friend on the west coast texted. "Say happy birthday and tell her to have one on me," another cheerfully emailed. The sentiment echoed throughout my socially distanced squad. Wait, I wondered, is this a thing? These are people I've been puke-drunk with in the distant past. Were they trying to relive the glory days, but with my successor? Was this a case of misplaced nostalgia? Or was this normal, cool aunties protocol? All I knew is that it seemed jarring. I hadn't remembered any of them offering to come with her to register to vote when she turned 18.

My generation (X), and the Boomers directly above me, have a unique relationship with alcohol. Maybe that's because we developed an early and voracious taste for it. As a 2018 Washington Post story reveals, teen drinking peaked in the late seventies and early eighties. In 1982, nearly half of all male high school seniors, and 31 percent of females, reported consuming five or more drinks in a row in the previous two weeks. In 2015, that figure had dipped to 30% of males and 20% of females. It may not be surprising, then, that my peers associate youth with an alcoholic excess our children don't quite share.

But here's the part I don't get. My generation knows our children's generation. We raised them. So when I say that my daughter is a typical Gen Zer, I mean this. She has a pre-existing health condition that she has to take precautions around, including avoiding caffeine and alcohol. She takes medication. She has a family history of serious alcoholism and substance abuse on both sides, and has grown up knowing that risk and having conversations about it. She is exactly like plenty of her friends in that way.

Roughly 8% of adults between 18 and 39 take antidepressants daily, and with a pandemic dramatically increasing depression and anxiety among college students, that number is likely rising. Eight percent of college students have a diagnosis of ADHD, which puts them in a likely category for prescription medication. People on meds have to think twice about drinking and alcohol interactions. Similarly, with up to ten percent of Americans now in recovery, this rising generation, more than any before it, knows its familial patterns and pitfalls. Also, incredible as it sounds, some people, for religious reasons, past drinking history, or personal taste, just don't drink. And it's frankly weird to me that this seems to have never entered the minds of so many adults I know.

That's not to suggest that drinking, and binge drinking in particular, aren't a problem for young people, or that nobody's partying any more. I will never forget when I took my daughter to college orientation, and a staffer reassuringly advised the nervous flock of parents that "The cops can get here fast; they're here all the time." About half of all college students drank in the past month, and a third of them binged. But Americans are drinking less overall, across a variety of demographic groups. An October report in JAMA Pediatrics notes that between 2002 and 2018, alcohol abstinence rates have been rising in young adults. Drinking is simply a less momentous thing, for a lot of us.

A big birthday is still a big birthday, though. I have other friends whose kids are now rounding that corner as well, so I asked a few recently how they've handled it. "She was bummed she wasn't at school partying, actually," my friend Shannon said of her daughter, a junior in college. "I told her, 'If the bars and restaurants are open for your birthday, my friends and I will take you out for a margarita.'" But my friend Mike, whose son lives in an apartment close to his campus, said, "I'm not a big drinker, so taking someone out for a drink is not my thing anyway." He did however recall a colleague and her husband who, pre-pandemic, took their son out bar-hopping for his 21st birthday. Which is my idea of hell.

I really do recognize that the child I used to refer to as Baby Queen is a grown woman now. It's entirely possible that the day is coming soon when we have a beer together, though we both know that day is not today. She is in her third year of college and second year of this pandemic, and I hope she's making wise choices for herself.

Like everything else about growing up, my daughter will have to figure things out on her own. I just hadn't expected the peer pressure she faces to be coming from my peers. And I find it strange that they seem more excited about the prospect of drinking wine than the marvelous young woman they'd like to be sharing it with. Maybe that's why I keep coming back to something Mike said when we talked about kids, who were once babies together. "Do your friends ever say, 'I just want to go out to lunch with her?'" he asked me. "She's cool anyway, why does it have to be alcohol?"