College-bound after a brush with death: How do you let your kid go when you almost lost her?

My daughter almost died. Now I have to survive sending her to college 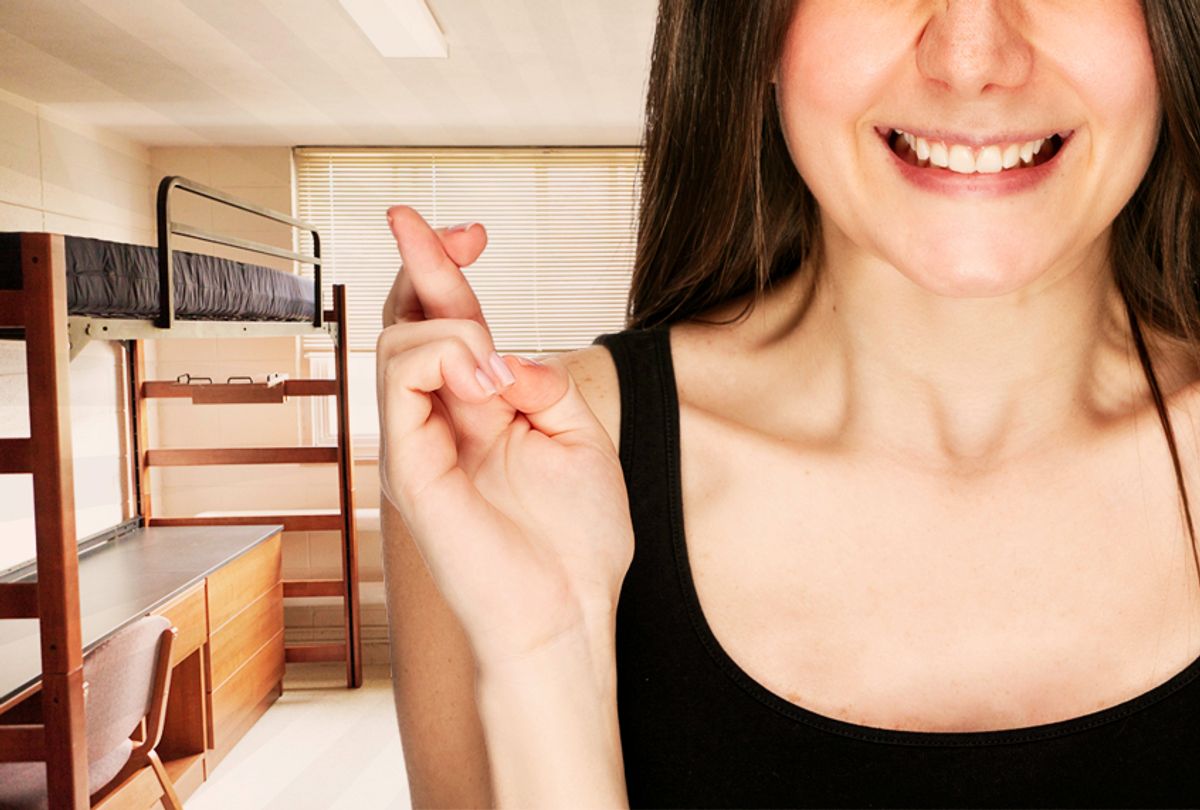 My firstborn is the one in the family who's like me. We share an unironic love of pop songs and rom coms. We love English novels and Japanese food. We go from zero to Godzilla-level hangry in an eyeblink. We've had life threatening illnesses. And it's that last one that now, as she gets ready to depart for college, is simultaneously twisting me in knots and giving me strength.

Eight years ago, I was diagnosed with a serious form of melanoma and underwent surgery. A year later, it returned at Stage 4, metastasizing into my lungs and soft tissue. I swiftly became symptomatic. A friend later died two months after the exact same diagnosis. But I hit the cancer jackpot — a spot as one of the first patients in the world in a groundbreaking clinical trial that saved my life. But I spent two years in treatment that left with me permanent physical and emotional scars. I have had also more loved ones die in the past few years than I could have imagined possible, putting me in a near constant state of active grief.

When she was sixteen, my daughter came home early from school one winter afternoon complaining of what she said was flu. When she didn't improve by the following morning, I made a doctor's appointment for her for her for the next day. Instead, we soon wound up careening to the ER in an ambulance. A case of common strep throat had mingled with an underlying UTI and sent her into septic shock. It took 36 hours in the emergency room to stabilize her, and she spent several following days in the ICU. (Sepsis, by the way, kills more people each year than breast cancer, prostate and AIDS combined. It's easy to miss the warning signs. Learning them could save your life.)

Then last December, she woke me up a few hours after getting one of her first college acceptance letters, complaining of chest pains. What followed was another harrowing experience in the ER, in which she went into seizure and her heart rate plummeted. Eventually, we got a diagnosis of Wolf Parkinson White syndrome for her and PTSD and a Wellbutrin prescription for me. That's why, while my younger child has provided me with more than her share of sleepless nights and fodder for my shrink, it's her sister whose coughs and complaints give me full blown panic attacks.

Now, it is the nineteenth August of her life. I have Googled all I can Google. I have filled out and had my daughter sign all the medical paperwork I can. I have lectured and nagged. I have prayed. I have cried. The only next thing to do is let go.

Last month, she and I attended to her new university's parent-student orientation — or as I soon came to view it, three days of moms day drinking in upstate New York. At one of the first sessions, there was another mother who sobbingly choked out a question about the locations and specialties of all the nearby hospitals. I came up to her afterward and said, "I think we have some things in common."

Her husband died abruptly a few months ago of a genetic condition. As we walked around the campus, we talked about fear, and loneliness, and grief, and fear again. Most of the other parents around us appeared to have appropriate levels of anxiety, excitement and early onset empty nest syndrome. But she and I were the ones who were raising our hands at the presentations from the school's psychologist, the ones who visited the campus student health center, the ones asking about dorm emergency protocols, the ones who were not reassured when an administrator told us not to worry about the efficiency of local urgent care services, because "We have ambulances in here all the time." And we were the ones who hugged each other hard as we left, when no words were necessary.

It will shake up your life when you see firsthand that an otherwise young and healthy person could die from what looks like a cough and fever, or a pain in the chest. I know that other parents have learned these shocking lessons too, about swimming or driving or being in the path of a hurricane or a man with a gun. It is all so, so fragile. And I thought I always knew that, but I know that differently after being up all night watching every fluctuation of my kid's heartbeat. I know that after spending a week on a hospital floor that has a crying room. I know that because I have felt inside my own body, that this must be what dying is. My daughter knows this as well.

Her life has shaped by many things, not the least of which include facing, at a tender age, the all but assured death of her mother and a few truly epic medical emergencies of her own. A select and very close group of her friends have been similarly, permanently altered. There's the kid who almost died in a freak sports accident. The one who's had multiple mental health hospitalizations. The one with severe asthma. The one with lingering health issues from the birth she almost didn't survive. These are her people, as her parents are mine. And this is where everything that frightens me out of my wits simultaneously gives me strength and hope.

At 18, my daughter has a maturity and wisdom that I still aspire to. She acts out like a teenager but she is calm in a storm. She is the rock that others rely on. She trusts what her body is telling her and knows how and when to ask for help. She takes things seriously. She also takes things lightly. She has resilience and fortitude, and all of those things are the prizes she earned for having weathered some unbelievably challenging storms. As she walked across the stage in June to collect her high school diploma, her academic advisor said, "You have endured so much. And no one would ever know, for you wear your experience with grace and beauty." What more could a parent hope for, than that her child's hardships deepen her empathy, expand her understanding of the world and forge her dark sense of humor? What better outcome is there, than that your child spreads her wings and flies?

She and I both know the lifesaving value of vigilance and planning and intervention. But we also know that things you never could have imagined or prepared for will blow up your life too. Sometimes, when my anxiety is looping around in my head so hard I can barely breathe, I ask myself, would all the worry in the world have given you a single, solitary clue to what was in store with the greatest calamities you've known? Never. Not once. Likewise — and in many ways so much significantly — in all your most terrible hours, could you ever have dreamed how well things turned out? When you were puking and watching tumors bloom under your flesh? When a swarm of ER staff were descending on your convulsing kid? Could you have pictured every happy, beautiful memory you made after?

She will make mistakes. She will get sick. She's nervous about all of that too. She will have scary situations and disappointment and heartbreak and I will fall apart to varying degrees for all of it. I can't send her off with the blissful confidence it'll all be OK that other parents seem so much better at. And yet. Today, we are both here. She climbs into bed with me and asks if we can watch a movie together, and she rests her head on my shoulder as Kristen Bell does karaoke with Kelsey Grammer. We feel each other breathing, and know how precious those breaths are. How close we both came. That we are both alive is a staggering, shimmering miracle. And so as scared as I am, how can I not, based on all the evidence right in front of me, believe there are more miracles to come? How can I be anything but profoundly grateful, even as I watch her go?