The role playing was popular before 2020, but now it helps us connect with friends and take a break from reality 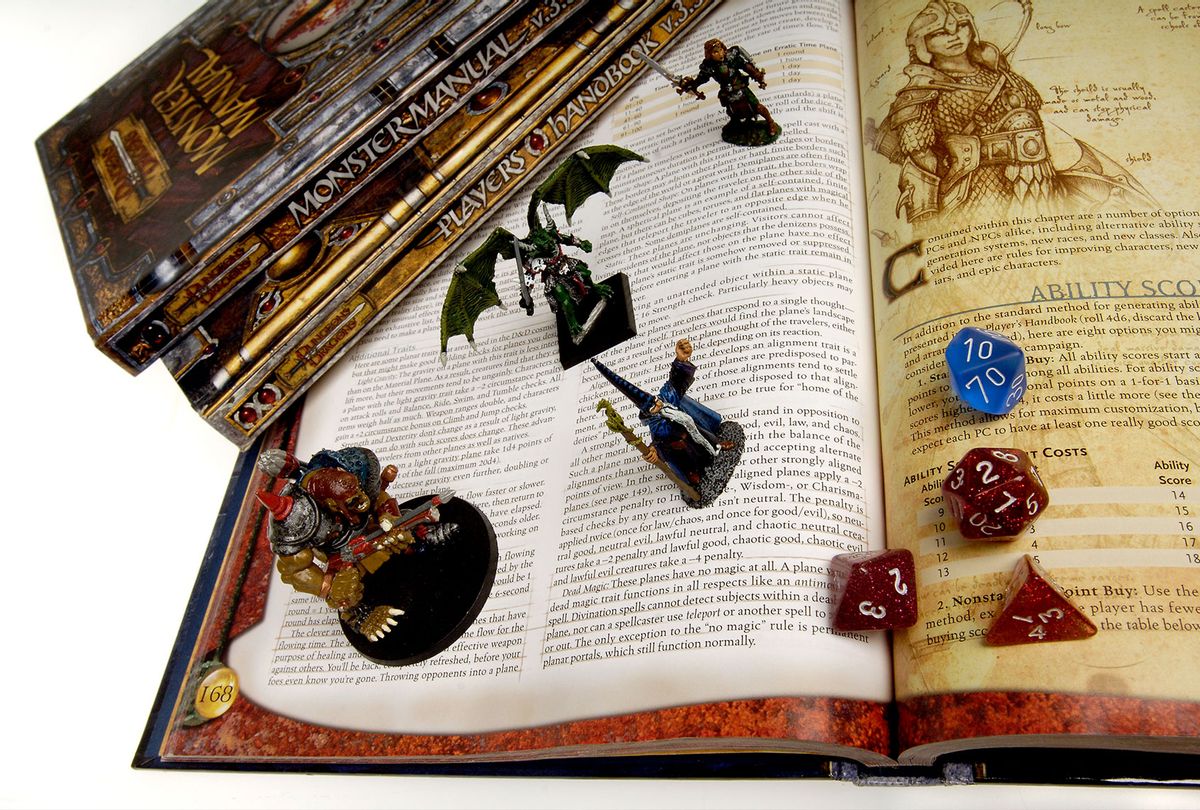 Sometime at the end of last summer my friends and I started hitting the road together. We weren't limited to states, regions or time zones. International travel bans were meaningless. Our journeys took us to a place called the Sword Coast and a cluster of small towns blessedly free of coronavirus. It was fantastic, in a very real way. We've been returning once or twice a month since.

One downside is that the place is plagued by zombies, dragons, cultists, pirates and every variety of fiend and villain, but even that is navigable with decent weapons, a few helpful spells and lucky rolls and a generously loaded charcuterie plate.

At this point if you haven't caught the references, I'm talking about Dungeons & Dragons, truly the best saving throw against the pandemic blues going. Little wonder there, given the way the game first came into my life. Back in college, when my friends and I were all extremely broke and shivered against terrible Midwestern winters my then-boyfriend (now husband) introduced me to the game. It didn't take much persuasion, since I grew up as a fantasy nerd who loved playing "Wizardry" and "The Legend of Zelda."

Absent a gaming system among us, our main options were cards, old board games and D&D, which only required dice rolls, our imagination and copious amounts of beer. Eventually we all graduated and scattered across the country, checking in every few weeks or months. For some of us it had been years since we'd rolled a 20-sider or indulged in any fantasy not served up by Peter Jackson, Lucasfilm, DC or Marvel.

But my husband and I had played recently on a trip to San Francisco to visit two of our best friends. We'd had a few shots at their kitchen table and next thing we knew, we were playing a short beginner level game. Since it was a weekend trip, we didn't finish.

Then came 2020, its virus and lockdowns. Fortunate as I am to be in stable partnership where we genuinely like each other, our fairly small house felt a lot smaller once the fall started chilling the air.

No matter who or where you are, though, surely COVID-19 shrank your world in some way. For those of us who are social distancing, travel plans were delayed or cancelled, family visits pushed down the road, regular dinner and TV nights with friends went on indefinite hiatus.

Once the walls that used to constitute home encompassed work and school, our need to get away took on a new urgency.  And this smash-up of claustrophobia and agoraphobia has proven to be an additional boon for Dungeons & Dragons. Our San Francisco fam called us up, and we finished that game. Then we started another and rang up our crew from college, slogging through nine-, 10-, 11-hour marathons with people we still adore and whose lives have taken them far away from us, geographically. A Zoom connection, our old bag of dice and a wacky story is enough to close the distance and collapse the time we've been apart into nothing.

Long before COVID-19 knocked the world sideways D&D was already a hit among younger generations, helped along by its central role in "Stranger Things" and a cool factor lent to it by celebrities like Vin Diesel and Joe Manganiello flying their D&D flags proudly. The game has morphed many times over since its original version was released in 1974.

Since the fifth edition launched in 2014 a spokesperson for the game's publisher Wizards of the Coast says Dungeons & Dragons has seen seven years of consecutive growth in product sales and the community that supports it. Sales for the basic introductory products such as the all-essential Player's Handbook rose by 300% in 2019.

But 2020 was monstrous – its best year ever. Online platforms reported surges in game sessions and new account registrations that year, with Fantasy Grounds reporting three times as many game sessions in April 2020 compared to April 2019, according to the company's report.

Another site, Roll20, says that its user base from Italy increased while the country was hardest hit by the pandemic.

So in the way of many diversions that used to be the province of the uncool (or, in the 1980s, a pillar of the Great Satanic Panic), Dungeons & Dragons is mainstream, and I suspect it's not just for the fun.

It's a creative escape mechanism blended with a means of hanging out with friends and exerting power and strength to counteract darkness at a time when so much is uncertain and there are so many reasons to feel powerless. In this world I'm limited to a few hundred square feet. On the Sword Coast I climb cliffs and run through forests. Best of all, I don't have to be me.

Sometimes I face down these goons as a dragonborn stoner cleric raised by hippies who told him they adopted him but probably stole the egg he hatched from when they were high.

In another adventure I square off with them as a rogue with a shifting name who acts like several characters on the classic adult puppet show "Crank Yankers," which delights and confuses the rest of the party. We can cast spells and shop for ridiculous pieces of equipment and do everything we can to keep each other convulsing in hysterics. In those moments I feel more myself than I do in my normal life.

One day, hopefully soon, we'll be able to gather together in the same room, share the same snacks and toast each other in person and enjoy the physical world as before. Living and socializing virtually has taught us that there's simply no replacement for this.

But if we have to contend with social distancing, curtailed travel and the virtual limbo of Zoom for a little while longer, it's comforting to have a reliable classic like this one to encourage us to connect and lose our regular selves for a while, to huddle together around a campfire and against the dark.