Garum, the funky and fishy condiment that rose and fell with the Roman Empire 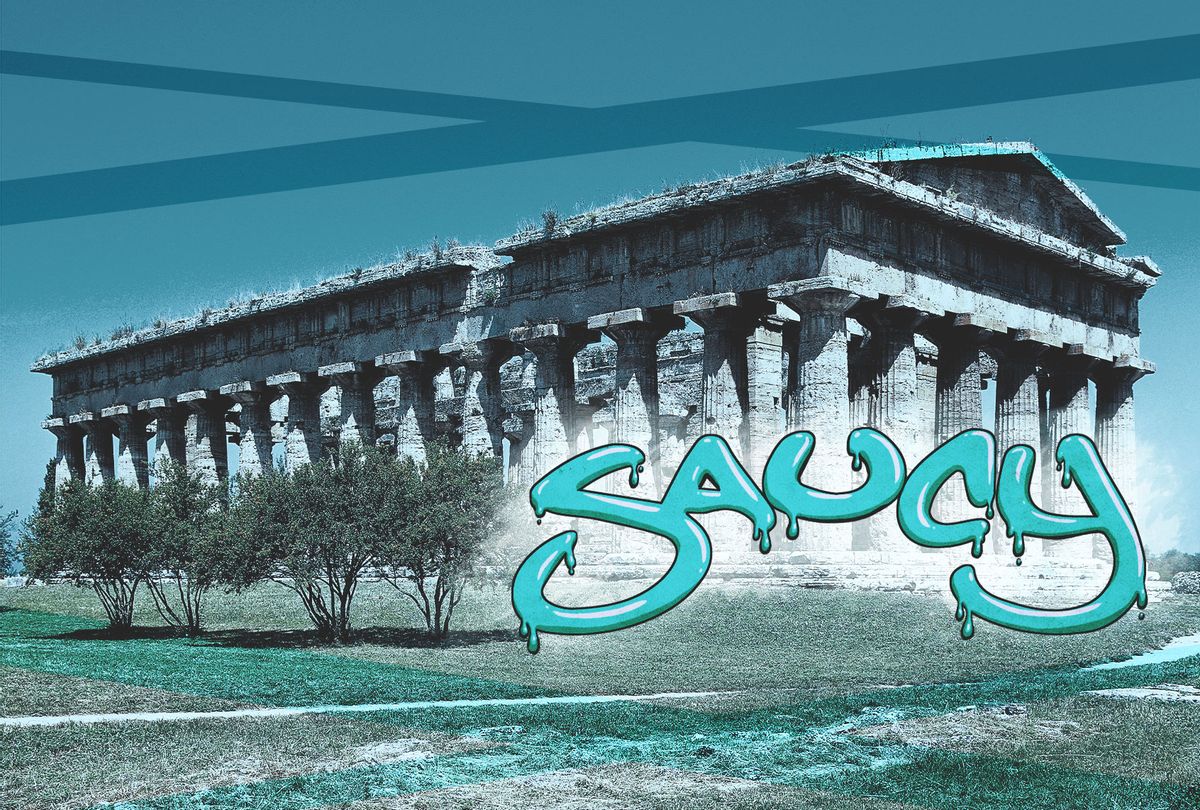 Garum was a condiment made from the drippings of fermented fatty fish that was popular in Ancient Rome. Many of the anchovy-based condiments that we use today — including colatura di alici and Worcestershire sauce — can trace their development back to the popularity and flavor profile of garum.

The condiment that fell alongside the Roman Empire

In 2019, an ancient condiment factory was uncovered outside Ashkelon, a city in modern-day southern Israel, while developers were scoping out the site for a planned sports park. The factory, or "cetaria" — which would have been operational during the height of Roman Empire — was used to make garum, an incredibly pungent, fermented fish sauce.

Fish sauce? Maggi? What's your secret weapon ingredient? Tell us in the comments!

When most people hear the term "fish sauce," they think of the condiment that gives many Southeast Asian dishes their signature, unique flavor (and which was likely invented millenia before the establishment of the Roman Empire). But factories like this one dotted Roman territories, Tali Erickson-Gini of the Israel Antiquities Authority told Haaretz's Ruth Schuster in 2019.

"Ancient sources even refer to the production of Jewish garum," she continued. "The discovery of this kind of installation in Ashkelon evinces that the Roman tastes that spread throughout the empire were not confined to dress but also included dietary habits."

Archeologists uncovered fish pools, giant vats and jars used to age and hold sauce. The resulting smell would have apparently been overwhelming enough that there were laws throughout the Empire preventing cetariae from being built too close to urban centers; the one discovered in Israel was over two kilometers away from the outskirts of Ashkelon.

Many ancient authors dedicated page space (or, uh, papyrus space?) to ragging on the condiment's odor and the smell of those who ate it. Pliny the Elder called it a "secretion of putrefying matter," Plato called it "putrid garum" and Marcus Valerius Martialis, a first century Roman poet, satirically praises a friend for "maintaining amorous intentions" to his mistress after she'd indulged in six helpings of the sauce.

Despite the odor, garum was immensely popular. "Apicius," a collection of Roman cookery recipes named for the first century gourmet Marcus Gavius Apicious, is filled with references to the condiment (including one for a lamb stew that I recreated for Salon). It was used in everything from grain porridge to olive oil and honey-based sauces. As food bloggers Jody Adams and Ken Rivard put it, "Garum was the ketchup of the gods." Consider it the cult condiment of its time.

Much like modern day olive oil and wine, there were various grades of garum, including kosher garum used by Jews living in the Roman Empire, resulting in wildly different prices.

"According [to] the Roman writers, a good bottle of garum could cost something like $500 of today," Italian archaeologist Claudio Giardino told NPR in 2013. "But you can also have garum for slaves that is extremely cheap. So it is exactly like wine."

The premium garum was made with the whole fish, likely mackerel — as most surviving fermentation jugs from the period are inscribed with that ingredient — and salt. The cheaper stuff was fish blood, guts and salt.

But with the collapse of the Roman Empire came the fall of garum. Taxes on salt became astronomical making garum difficult to produce, and piracy spiked which curtailed the remaining garum trade, according to Giardino.

"The pirates started destroying the cities and the industries nearby the coast," Giardino said. "You could be killed any moment by the pirates without the protection of the Romans."

The once-bustling garum factories eventually became ruins, much like the ones that wouldn't be discovered until developers were looking to break ground on a park some 2000 years later. What didn't disappear, however, was an enduring craving across cultures for the flavor notes present in something like garum: salt, umami and a little fermented funkiness.

The closest modern analogue is likely colatura di alici, which roughly translates in English to "anchovy drippings." It's an amber-colored sauce made by fermenting anchovies — which are traditionally harvested from the Amalfi Coast during the five months between Annunciation and the Feast of Mary Magdalene — in brine. "It is often described as the great-grandfather of Worcestershire sauce," which still contains anchovies on the ingredient list, as Olga Oksman wrote for "The Guardian" in 2015.

"Traditionally aged up to three years in wooden barrels, colatura has a smoothness to round out the fish forward pungency," Alissa Fitzgerald, a personal chef and recipe developer, wrote in an email. "That said, it's potent! Salty and briny and funky, the totality of umami, colatura is a sort of liquid gold."

Which is likely how the Romans would have described garum.

Can I use garum or colatura di alici at home?

Modern versions of garum — which are likely definitely more mild and nuanced than their ancient predecessor — are sold online via Italian specialty stores, alongside colatura di alici.

Fitzgerald has several suggestions for how to use them again.

"Union Square Cafe has a crispy Brussels sprouts and cauliflower side dish tossed in a colatura vinaigrette," she said. "Again, the colatura is potent, so a great way to experiment is to make your favorite vinaigrette just the way you like it, and add a few dashes of colatura at the end. The same goes for any sauce — mother or otherwise. A lobster bisque or cioppino would be great places to experiment. Beurre blanc? Absolutely. Hollandaise? Hands down."

One of the most basic ways to use it in your home kitchen — and my personal favorite— is as an addition to pasta. This is one of my go-to, late-night lazy meals.

1. Bring a large pot of salted water to a boil, and cook bucatini according to package instructions. Reserve at least a cup of pasta water, and drain.

2. Meanwhile, whisk olive oil, lemon zest, colatura and red pepper flakes together in a small bowl and set aside.

3. Place the pasta back in the pot or a large skillet, and coat with the olive oil mixture, stirring until combined, over medium heat. Add the pasta water a tablespoon at a time until the pasta becomes glossy with sauce. Fold in the parsley, and salt and pepper to taste.

More "Saucy" from our condiment shelf: