“Today it’s an innocuous figure, which is why I think we’re seeing the blowback and the questioning of her removal" 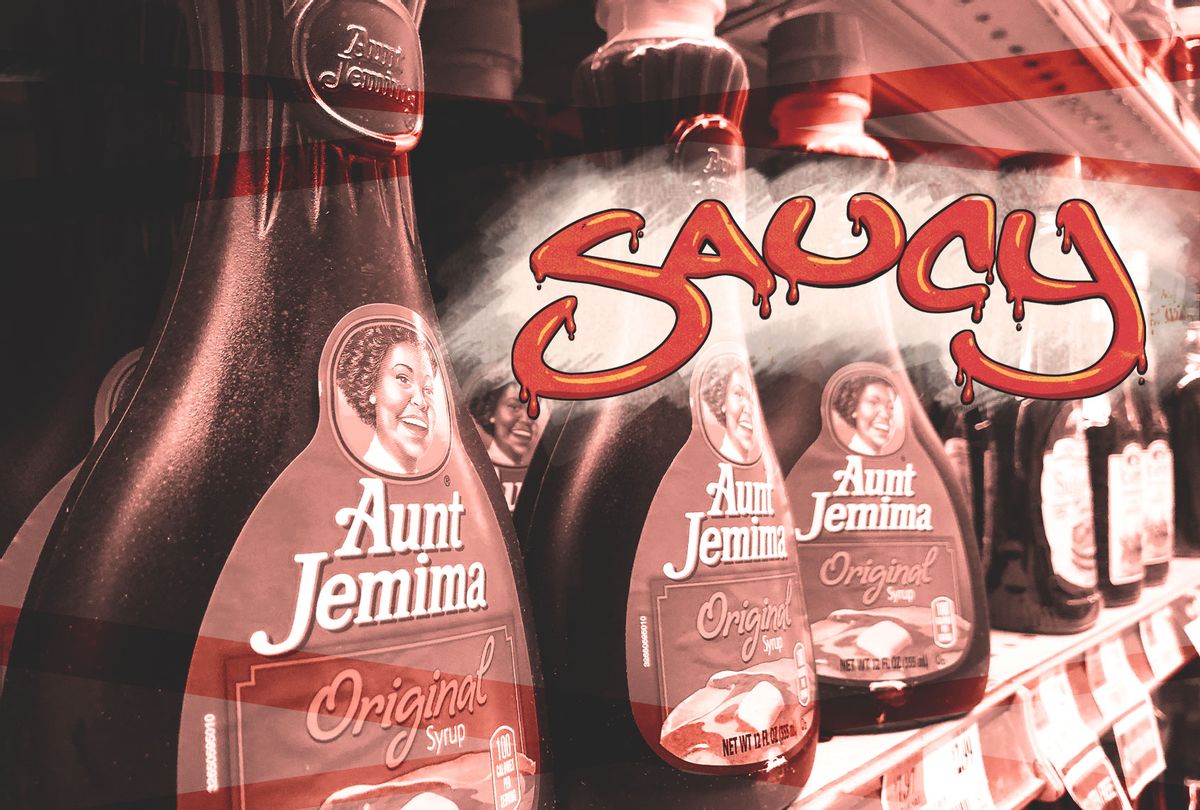 What is Aunt Jemima's maple syrup?

After the Quaker Oats Company purchased the Aunt Jemima Mills Company in 1926 — which was then known for its ready-made "self-rising pancake flour" — it eventually introduced Aunt Jemima syrup 40 years later. It's one of the most recognizable brands of "fake syrup," which is made from corn syrup and high fructose corn syrup that is dyed and processed to mimic the appearance and flavor of pure maple syrup, which is made from maple tree sap.

As The Washington Post reported in 2015, most Americans overwhelmingly prefer the taste of artificial syrup. Seventy percent of the 1,000 consumers surveyed by the publication indicated that they would rather reach for a brand like Aunt Jemima or Mrs. Butterworth's than pure maple syrup. A large part of that preference can be attributed to price; you can purchase a gallon of Aunt Jemima for $16.80 on Amazon, whereas a gallon of Grade-A maple syrup starts at $59.99.

Out with Aunt Jemima, in with the Pearl Milling Company

Amid nationwide Black Lives Matters protests, Quaker Oats announced plans in June 2020 to remove the image of Aunt Jemima from its packaging and changing the name of the brand. This week, the company announced that it had decided on a new name: The Pearl Milling Company."

For many, the change is long overdue — but the shift continues to raise questions about Black representation on mainstream products, as well as the afterlife of racist imagery and the continued romanticization of the Antebellum South.

"We recognize Aunt Jemima's origins are based on a racial stereotype," Kristin Kroepfl, vice president and chief marketing officer of Quaker Foods North America, said in a news release in June. "As we work to make progress toward racial equality through several initiatives, we also must take a hard look at our portfolio of brands and ensure they reflect our values and meet our consumers' expectations."

What do you pour on your pancakes? Tell us in the comments!

At the time, other brands announced similar changes: B&G Foods announced that it would conduct a review of Cream of Wheat's packaging, which depicts a Black chef who was originally based on Rastus, a racist caricature portrayed in minstrel shows. (The company changed the mascot in the 1920s to portray Barbados-born chef Frank L. White, but some say the connotation still remains.) ConAgra Brands released a statement saying it had "begun a complete packaging review" of the Mrs. Butterworth syrup brand, as the bottle was reminiscent of Mammy caricatures.

Mar's announced that it would evolve the "visual brand identity" of Uncle Ben's products, which also originated in racist stereotypes and imagery and currently depict an elderly Black man. Dixie Beer Brewery and Eskimo Pie voiced similar initiatives, too.

There was some pushback, specifically from white consumers who didn't view the Aunt Jemima logo on the more contemporary packaging — the character's "mammy" headscarf was removed during a 1989 update — and name as racist. According to Toni Tipton-Martin, the James Beard Award-winning food writer and author of the book "The Jemima Code: Two Centuries of African American Cookbooks," the Aunt Jemima character and trademark "was used to create wealth for people that did not include the very people that the trademark was based on — and that would be African American women."

"Today, it's an innocuous figure, which is why I think we're seeing the blowback and the questioning of her removal, because people see faces on packages all the time," she told Salon at the time. "If you are talking about the origin story, then there was a significant message being telegraphed to the buyer — and M.M. Manring talks about this in the book 'Slave in the Box.' There's this concept of assuring the home cooks who no longer had Black women in their kitchens through emancipation, they could still maintain the high quality cooking with the purchase of this product."

Referred to in Tipton-Martin's book,  "the Jemima Code" focuses on the descriptions of and codes surrounding Black women who lived and worked in the plantation South, especially the caricature of Aunt Jemima. The logo signaled the quality of the product within to white consumers — without serving as a reminder of the cruel reality of enslavement in pre-Civil War America. Tipton-Martin said there was a message for Black shoppers, as well.

"It would serve to remind African Americans that your options are limited," she said. "You will always be the 'slave in the box,' hence the title of that excellent book. And those two concepts fused over the years so that only African Americans feel that identity, pain and loss of agency associated with characterizing African American female cooks as those who do the hard labor in the kitchen."

Fast-forward to February 2021, and Quaker Oats announced that the official name is changing from "Aunt Jemima" to "Pearl Milling Company." PepsiCo, which owns the Quaker Oats brand, explained the story behind the new name in a Tuesday statement.

"Though new to store shelves, Pearl Milling Company was founded in 1888 in St. Joseph, Mo., and was the originator of the iconic self-rising pancake mix that would later become known as Aunt Jemima," the statement read.

The rebranded Pearl Milling Company also said in the statement that its new name was "developed with inclusivity in mind" and workshopped with "consumers, employees, external cultural and subject-matter experts and diverse agency partners."

While removing racist imagery from products is imperative, some relatives of the women who portrayed Aunt Jemima throughout the product's history are worried that the rebrand will contribute to the erasure of the legacies of female Black professionals.

Descendants of Lillian Richard, who portrayed Aunt Jemima alongside 11 brand ambassadors starting in 1925, claimed that the company decided to rename the brand without consulting the families of the women who brought the character to life, according to WBUR.

While Vera Harris, Richard's niece, supports the decision and the Black Lives Matter movement, Aunt Jemima represents a part of history for her family and the town of Hawkins, Texas.

"Erasing my Aunt Lillian Richard would erase a part of history," Harris, who serves as family historian for the Richard family of Hawkins, told the station. "All of the people in my family are happy and proud of Aunt Lillian and what she accomplished."

In Hawkins, a historical marker commemorates how she made a career during a time in history when Black women had very few opportunities. To keep her aunt's legacy alive, Harris told WBUR that she hopes Quaker Oats comes out with a commemorative box or bottle to recognize the many women who portrayed Aunt Jemima over the years. The back of the box could list their names and put a spotlight on one of the women each month, she suggested.

Harris would like to see the box include a photo of her aunt dressed as Aunt Jemima with the scarf — but also a photo of Richard looking like herself to show people a more complete picture.

"She was an intelligent, young, vital, beautiful Black woman that took the job," Harris said. "She understood the times that she lived and she just wanted to work."

Pearl Milling Company products won't officially be on the shelves until June, according to the company's release. This, combined with the increased attention on the racist roots of Aunt Jemima, has inspired many consumers to look for Black-owned maple syrup companies.

One such brand is Michele Foods, which was founded and is owned by Michele Hoskins of South Holland, Ill. Her company, which saw a 78% increase in sales following news of the Aunt Jemima rebrand, sells gourmet maple syrup (as well as butter pecan syrup and honey creme syrup). The packaging also features an illustration of Hoskins on the bottle.

Deven and Marquita Carter are the owners of Blanket Pancakes & Syrup, which is located in Charlotte, N.C. They sell original, vanilla bean and cinnamon syrups, which are free from preservatives and high-fructose corn syrup.

Once you pick them up, here are some of Salon's favorite recipes featuring maple syrup: