"The Luminaries" is a simple, heavenward gaze at an affair interrupted by a con

Eva Green is the center of a constellation of beautiful, sinister movements in this so-so period piece 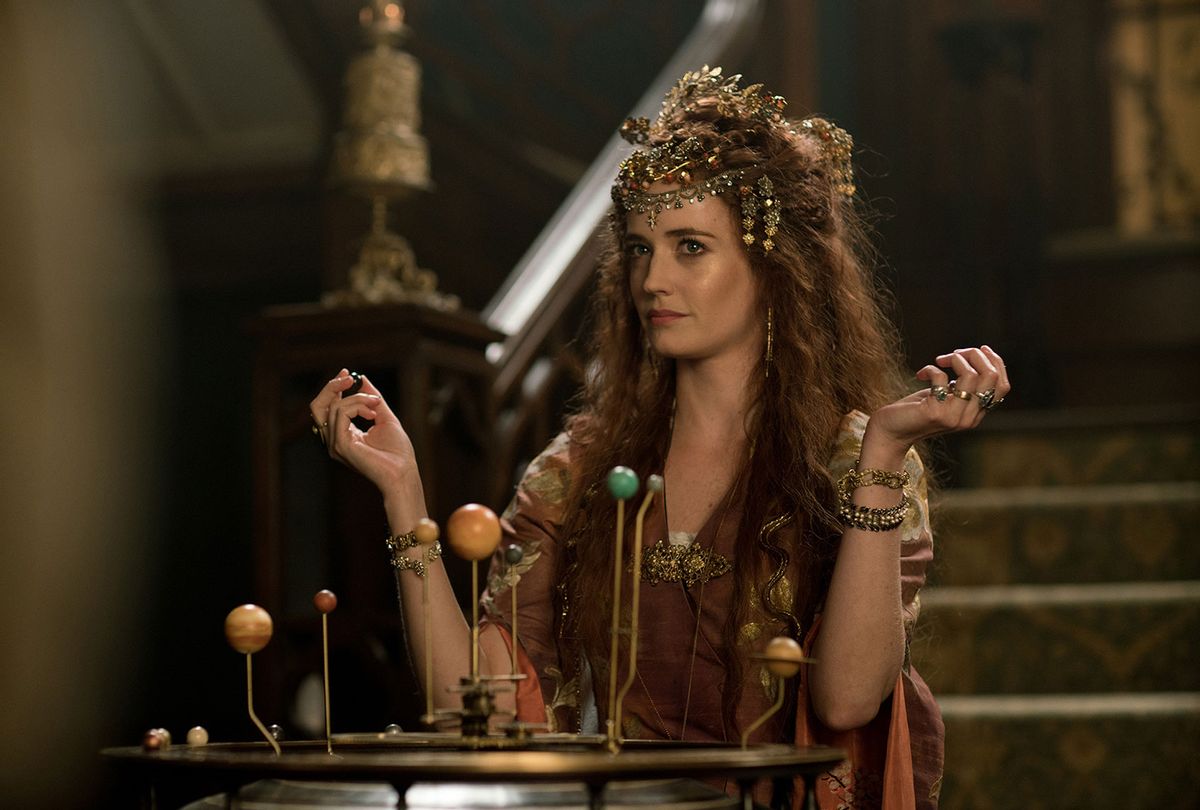 Beauty is the wind pushing "The Luminaries" through its six hours, and it is no weak gale. When the plot thins and reveals the ordinariness behind the narrative's pretensions it's usually enough to drink in the scenery as it's translated through cinematographer Denson Baker's lens. Sweeping shots capture every magnificent glint and spray the ocean offers up, veil the eyes with greenery, and drape the imagination with otherworldly lighting. New Zealand's tourism board should be pleased.

As for how the viewer might feel, that depends on what you're expecting from the limited series.

"The Luminaries" is based on Eleanor Catton's 2013 novel, a highly structured work that plays with the concept of circles within circles and progresses from very thick descriptive passages to segments that are increasingly pared down as it puts together a murder mystery through the perspectives of 12 men.

Some characters' personality profiles are dictated by the zodiac while others represent planets, the moon and the sun. Assuming you are curious to see how this translates to TV, let me spare you the energy and divulge that it doesn't.

More accurately, Catton opted for a simpler solution in adapting her novel to the screen. She cast aside much of the creativity that contributed to her winning the Booker Prize in favor of a facile plot about thwarted lovers, set in 1865.

This presents a problem straightaway, though, since the actors at the heart of the romance, Eve Hewson and Himesh Patel, lack the slightest hint of a spark between them, making all the pining Patel's Emery Staines does for Hewson's Anna Wetherell seem . . . off.

They first see each other on a ship taking them to New Zealand in a meet-cute that comes off like the beginning of a nice friendship and little else. The two do have a few things in common: each seeks a clean slate. Emery intends to get in on the gold rush, while Anna's plans aren't nearly as clear. And as it turns out, they also share a birthday.

Plans to get together for dinner are derailed by a pickpocket in town who leads Anna to Lydia Wells (Eva Green), a sophisticated charlatan acquainted with all the best people in town, most of whom are reprehensible but dress like gentlemen.

In the meantime Emery is betrayed by his friends and falls into the clutches of a con man named Carver (Martin Czokas) who swoops in to offer guidance and smoothly gets the young naïve Brit to sign his life away in a bad deal.

Step by step the two mount an escalator of worsening choices compounded by the fact that the people deceiving them are playing angles against other people even as they're bleeding each of them for their own reasons.

Emery gets the better side of the deal since he makes a true friend in a Maori man named Te Rau Tauwhare (Richard Te Are). Anna must navigate Lydia's manipulations that begin from the moment they meet when she realizes the new arrival is illiterate. But Anna's inability to read doesn't mean she's stupid. Soon she figures out that her new benefactor, a self-styled soothsayer and proprietor of an astrology-themed kinda-sorta-brothel, is a fraud on many levels.

When Lydia's estranged husband Crosbie (Ewen Leslie) stumbles through the doors of her palace unexpectedly, spilling a fortune's worth of gold on the floor, the flimsy table upon which Anna's life is balanced flips over.

Simple, yes? Only for the purposes of writing about it. In reality "The Luminaries" contains a number of barely developed secondary and tertiary side characters muddying its progress, many of whom have some knowledge of either Anna or Emery or the murder.

Yes, there is a murder, and this isn't a spoiler since that's where the story begins, with the overly used in medias res treatment. We do not meet Anna on the boat but stumbling up a hill clutching a wound in her stomach. When she pulls her palm away to look at the blood, specks of gold flutter forth, as if she's bleeding riches.  At first it looks like she might be magical; she isn't, except when she is.

The supernatural aspect of "The Luminaries" isn't confusing as much as it is a bit of a lazy solution to the quandary of how to ensure these lovers can return to one another somewhat organically in ways beyond the standard chance encounter. During one of Lydia's lyrical speeches about fate and destiny and the stars she raises the concept of astral twins, and naturally this is what Emery and Anna turn out to be. The implications of this emerge in the course of the story, and it plays into a subplot about stolen identities.

Does that make sense? Probably not. Yet as obtuse as that may read, simplicity defines "The Luminaries." Occasionally the narrative shoals slow it down too. Again, I refer you back to its gorgeousness and personality, paired concepts realized in Green's performance and chic, color saturated wardrobe. You can't miss her, and why would you want to?

As she purrs Lydia's ridiculous star-gazer hooey she soaks every syllable in temptation; she's where the chemistry is hiding in this series, especially noticeable when she and Czokas are together. Anna might not believe in Lydia, but Green beguiles us into believing in her, as we did in "Penny Dreadful."

Hewson and Patel give credible performances, although each is at their best when they're with other people, and that's not something you want to notice in your romantic leads. The . . .  questionable? positive? . . . side of the adversity written into their separate star paths is that it keeps the machinations of plot interesting.

Catton's book is far more adventurous, and it's strange to think that she and her co-writer and series director Claire McCarthy diluted the novel's ambition so completely. The plot's lack of confidence notwithstanding, for some people Green's presence may provide enough reason to drift along from one beautiful sight to the next, unconcerned as to where it's all leading.