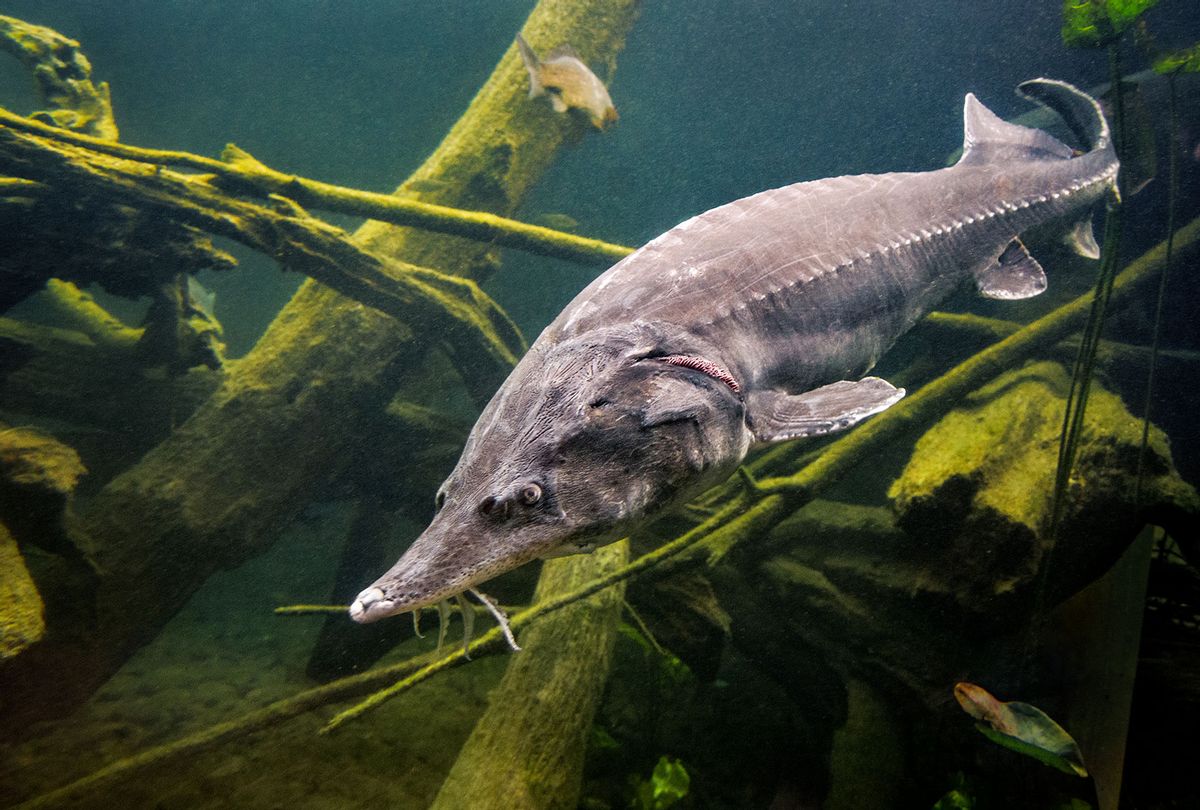 The human population shows no signs of being threatened, though the same can't be said for our fellow animals. In particular, freshwater fish, which humans have used for food, sport and as pets for millennia, are in the middle of an ecological crisis of our doing.  That's according to a recent report put together by 16 global conservation organizations, which estimated that roughly one-third of the world's 18,075 freshwater fish species face possible extinction.

The report, which was published by groups including the World Wide Fund for Nature (WWF) and Global Wildlife Conservation, argues that climate change, pollution, the introduction of invasive species, the destruction of habitats and overly aggressive draining and damming of the world's rivers, lakes and wetlands have played a role in the decline of freshwater fish species. The International Union for Conservation of Nature (IUCN) said that, of the more than 10,000 species whose conservation status has been studied, 30 percent are at risk of going extinct.

The extinction of billions of freshwater fish would have catastrophic consequences on the human world. As the study's authors note, roughly 200 million people in South America, Africa and Asia rely on freshwater fisheries as their primary source of protein. Recreational fishing is a $100 billion industry in the United States and aquarium fishes are still popular pets, generating up to $30 billion worldwide.

Beyond these economic considerations, however, the report points out that "freshwater biodiversity is declining at twice the rate of that in our oceans or forests." This includes 80 species of freshwater fish that were declared extinct by the IUCN Red List of Threatened Species, 20 percent of them in the year 2020. The report also pointed out that, since 1970, populations of freshwater mega-fish (those which weigh more than 60 pounds) have fallen by a "catastrophic" 94 percent and those of freshwater migratory fish have fallen by 76 percent.

"Nowhere is the world's nature crisis more acute than in our rivers, lakes and wetlands, and the clearest indicator of the damage we are doing is the rapid decline in freshwater fish populations. They are the aquatic version of the canary in the coalmine, and we must heed the warning," Stuart Orr wrote in the report. "Despite their importance to local communities and indigenous people across the globe, freshwater fish are invariably forgotten and not factored into development decisions about hydropower dams or water use or building on floodplains. Freshwater fish matter to the health of people and the freshwater ecosystems that all people and all life on land depend on. It's time we remembered that."

The WWF has published other recent sobering reports on the animal kingdom. In September the conservation organization revealed that population sizes of "mammals, birds, amphibians, reptiles and fish" have declined by 68 percent since 1970. Once again, the organization identified climate change, pollution and poor management of natural resources as the main causes for the declines.

"Our planet is sending alarm signals between recent wildfires, the COVID-19 pandemic, and other extreme weather events," Jeff Opperman, Global Freshwater Lead Scientist at the WWF, told Salon by email at the time. "We're seeing our broken relationship with nature play out in our own backyards. The steep global decline of wildlife populations is a key indicator that ecosystems are in peril. Healthy ecosystems provide a range of benefits to humans like clean water, clean air, a stable climate, flood protection, and pollination of food crops. When populations decline and ecosystems begin to unravel so does nature's ability to support human health and livelihoods."