How to make a Gold Rush, a bourbon cocktail that's reminiscent of the classics

Ask the Oracle Pour: What should I drink today? All signs point to the Gold Rush 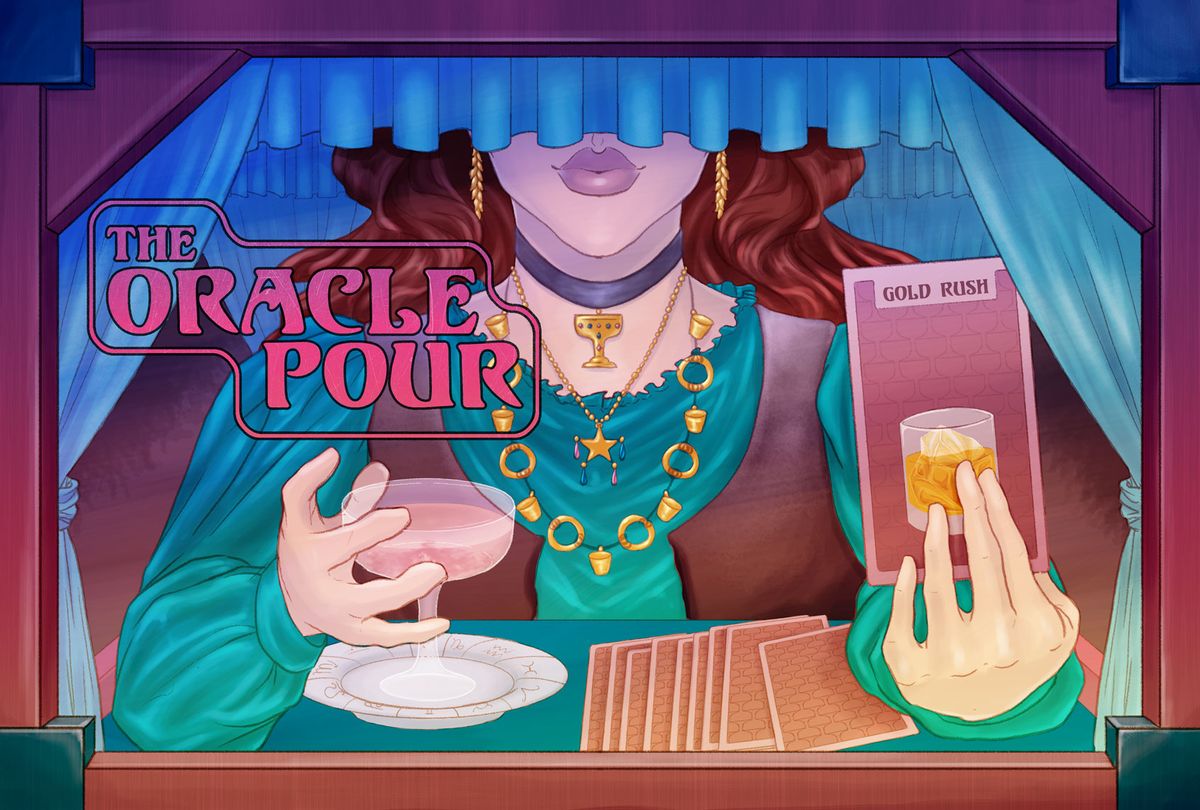 The Mandela Effect is an unsettling collective phenomenon: A number of people certain they remember a thing or an event differently than how it actually happened. (Think: believing with absolute conviction in a childhood spent reading about the adventures of the Berenstein — rather than the Berenstain — Bears.) Are these false memories, or evidence of permeable parallel universes? Little cognitive earthquakes such as these can shake our belief in objective reality.

But sometimes, we mistake recognition of likeness for recall of existence. Something reminds us so strongly of a thing that has always been around that we believe it must be of a certain vintage. (Not retro, to be clear, which suggests a self-consciousness about presentation; a replica, cheap or not.) Reminiscent, perhaps, comes closest to describing it.

Where a Mandela Effect is destabilizing, this kind of memory-that-isn't is more grounding once it's understood: This newer thing isn't old, but it feels like it could be. I find this understanding particularly useful to draw upon in times when change is called for. An incremental change — a new technique or approach, for instance — that is reminiscent of prior successes has the potential to dramatically alter your reality for the better while still offering the stability of the familiar.

RELATED: How to make a Sazerac, a New Orleans cocktail with a sweet and spicy bite

Maybe you're ready to make changes, but a major overhaul feels daunting, and you're not sure where to start. Look to the Gold Rush for inspiration.

The first time I sipped a Gold Rush, I assumed I had ordered a classic cocktail. The name certainly evokes a bygone era, equal parts rugged and glamorous, right? The ingredients are simple building blocks; nothing fancy on their own but together they make an indulgent, soothing, familiar drink. At home, flipping through vintage cocktail recipes, I came up empty-handed. That's because the Gold Rush is a thoroughly 21st century creation, invented in the early Aughts by T.J. Siegal at New York's Milk & Honey, and from there, its popularity spread.

I don't think there's a Mandela Effect at play here, though I assume I'm not alone in believing this drink had been in the world for longer than it has. It's simply reminiscent of the classics, in the best way. The Gold Rush is like a whiskey sour, but its sweetness is more sophisticated; it's like a Bee's Knee, with cozy bourbon instead of bracing gin. Thanks to its basic, foolproof recipe, it invites play. Try bourbons of different strength and mash bill to see which you prefer. Use a local artisanal honey or the squeezey plastic bear. Small innovations, as this cocktail proves, can yield meaningful results.

You don't need any specialty equipment to mix a simple cocktail. Improvise with what you have. But here's what I keep at hand:

Shake the bourbon, lemon juice and honey syrup with ice until chilled. Strain into rocks glass over large ice cube and serve.

Honey and lemon pair delightfully with Calvados, if you want to swap out the bourbon for a French apple brandy. Or make your spirit gin for a Bee's Knee (serve in a cocktail glass). You can use the honey syrup in any number of cocktails to deepen the flavor — try it in a classic daiquiri, too.