In the provocative "Miramar Murders," a suspect is apprehended but justice still remains in question 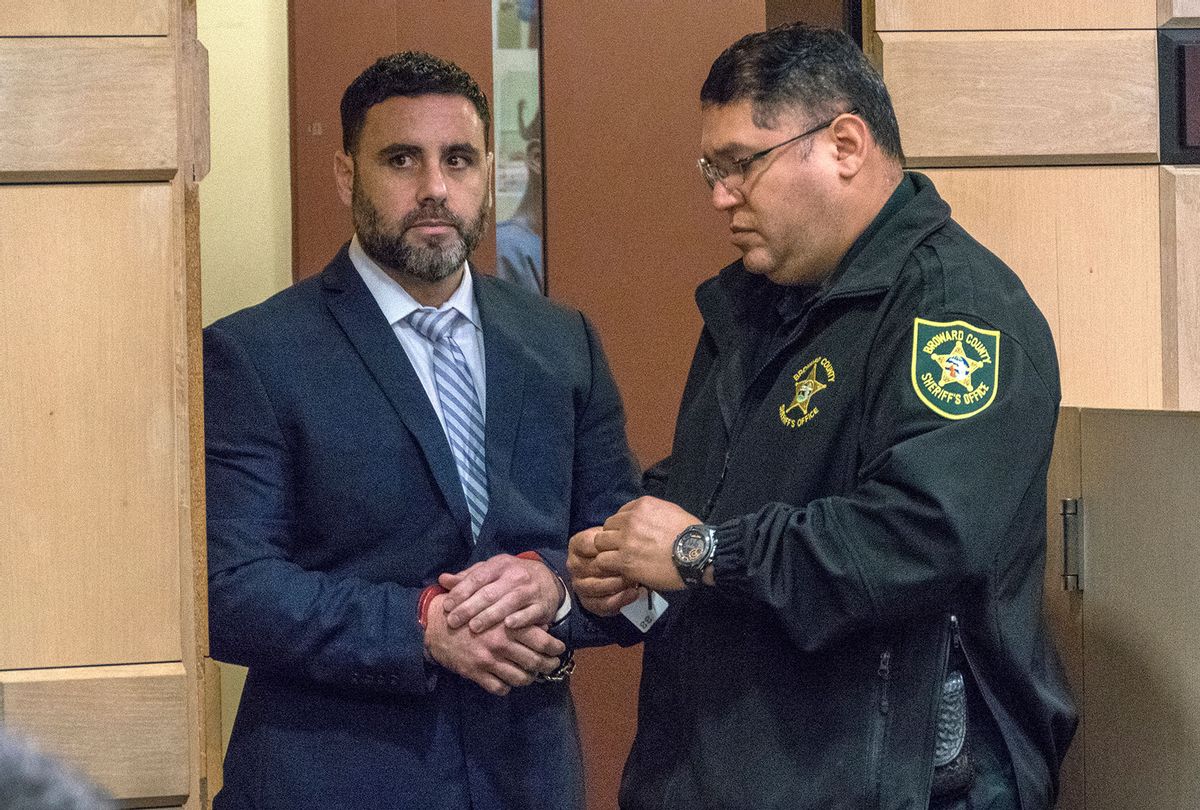 True crime fans and armchair jurists will certainly appreciate the six-hour documentary series, "The Miramar Murders: The State vs Pablo Ibar," which received its North American premiere at the Miami Film Festival on March 14.

The case is certainly intriguing to warrant a deep dive. On June 26, 1994, Casimir Sucharski, owner of the popular establishment Casey's Nickelodeon, was murdered in his nearby home along with two women, Marie Rogers and Sharon Anderson. The killings were done execution style. Jewelry was left on the victims, but Sucharski's car was stolen. A neighbor, Gary Foy, witnessed Sucharski's car being driven away by two men around the time of the murders. The crime scene evidence included a discarded t-shirt and a partial footprint. Anonymous informants told police about mobsters and money owed.

As detectives investigated, they discovered a cache of videotapes that showed Sucharski had filmed himself in his home with 400 hours of footage featured him nude or in bed with various women. The surveillance cameras he set up in his home also, inadvertently captured the triple homicide. This led police to pull a still from the video of the two criminals. When Pablo Ibar and his friend Francisco Rincon were arrested after breaking into a home elsewhere, Ibar became the prime suspect in the Miramar murders. Another man, Seth Peñalver, was also suspected of the Sucharski triple homicide. Both were tried for the crime, convicted, and sentenced to death.

All that information is revealed in the first hour of the series, and it ends, as all good limited series do, with a cliffhanger. Seven years after Ibar has been incarcerated, a man comes forth claiming that Ibar is innocent; he knows who committed these crimes.

"Miramar Murders" briefly pursues the possibility that another man is guilty of the murders, but partial DNA evidence connects Ibar to the t-shirt found at the crime scene. Ibar works with the Spanish consulate to get citizenship as the European country, which is against the death penalty. Moreover a network of Spaniards seeks to raise the $1 million plus to hire lawyers so Ibar can have a retrial. This interesting idea of transnational justice goes largely unexplored in favor of the juicy retrial.

The bulk of the episodes take viewers into the courtroom as the case is retried. Chuck Morton, who was the State prosecutor for the original conviction, returned, while Ibar was represented by four lawyers. There are twists of fate and setbacks that delay the retrial, which certainly creates plenty of drama for Ibar and his family members. Moreover, there is a concern that Judge Dennis Bailey, who is assigned to the case has ties to the prosecution.

There is a brief sidebar on Peñalver, who in a separate retrial, was exonerated 18 years after originally being sentenced. The lawyer on that case was not secured for Pablo.

The lengthy courtroom scenes show how the incriminating t-shirt and DNA evidence, the shoeprints, along with the witnesses' testimonies, help or hurt Ibar's case. "Miramar Murders" invites viewers to make their own decisions about whether Ibar is innocent or guilty beyond a reasonable doubt.

But what the series does not do is pursue the motive behind the killing. (The informants who called authorities about mob ties is left dangling.) This may have viewers wondering how Ibar is linked to Sucharski. The victim's adult daughter, Alexis Sucharski, questions this as well, stating that she may never know the truth behind her father's murder. But the series suggests that lead detective Paul Manzella closed the case when he found someone who fit the profile, rather than the actual perpetrator of the crime. This is a key point worth discussing — that cops are inclined to resolve cases, not solve them — but it is only hinted at in the series.

"Miramar Murders" certainly has shades of "innocence project" and "wrongful conviction" stories, but the purpose of this series is less about finding out the truth and more concerned with chronicling Ibar's trial. This may frustrate true crime aficionados, because watching the series feels like being empaneled on jury duty.

There is granular detail about cross-contamination of DNA evidence and considerable back and forth about past testimony that decades later is revealed to be lies. As each bit of evidence or testimony is rehashed, either condemning Ibar, or possibly clearing him, viewers may focus more on whether the strategy of Ibar not testifying, or his wife not providing an alibi for her husband was wise.

The series does provide some interesting observations by Ibar's lawyers about the case and how to try it, but the emotional component in the story stems from Ibar's wife Tanya's undying hope to have her husband declared innocent and released. In contrast, Sucharski's daughter, Alexis, thinks Tanya has put herself in this position, and has little sympathy for her. Likewise, Deborah Bowie, sister of the murdered Sharon Anderson, makes some heartfelt remarks about the case, and feels justice was served in the first trial. The prismatic approach to the family members and survivors is useful, but scenes of Ibar's children feel particularly manipulative.

As the nine-week trial concludes there is an incredible twist in its aftermath. It certainly will prompt viewers to recalibrate what they have seen and consider if justice was truly served. And as the jury decides Ibar's fate, a substantial point about the criminal justice system is raised.

"The Miramar Murders" may be a flawed telling of a flawed case, but, like the triple homicide it recounts, it is certainly provocative.