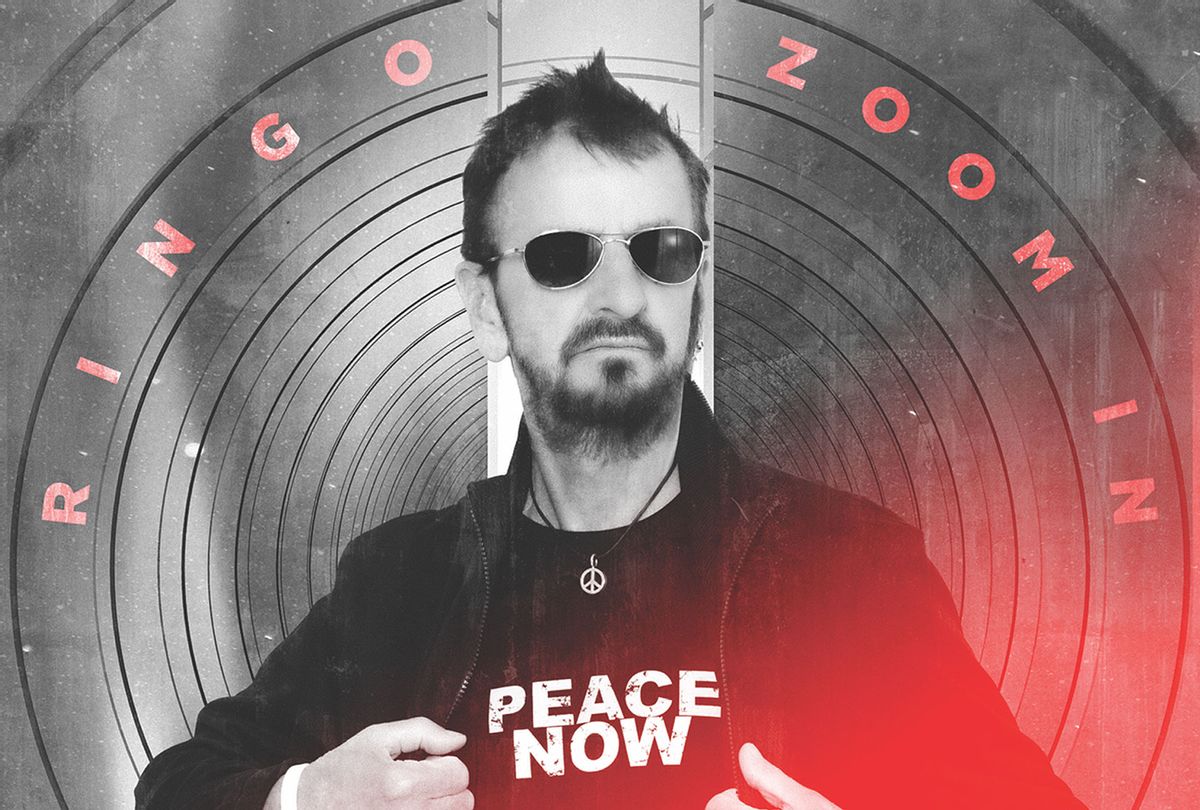 At the height of his efforts with Yoko Ono to deploy their celebrity for progressive ends, John Lennon proudly proclaimed that "we're willing to be the world's clowns, if that's what it takes to promote peace." To his great credit, Ringo Starr has devoted much of his post-Beatles career to sharing a steadfast message of peace and love to the world.

While he has received criticism, at times, for the saccharine nature of his recent music, Starr unfailingly stays true to this enduringly vital theme. With his new EP "Zoom In," he serves up a quintet of impressive songs. As has become a fixture of his recordings, Starr is backed by a formidable crew of world-class musicians. His assortment of guest vocalists offers a who's who of rock history, past and present, featuring the likes of fellow Beatle Paul McCartney, Joe Walsh, Corinne Bailey Rae, Sheryl Crow, Dave Grohl and Lenny Kravitz, among others.

Starr's lineup of musicians includes fellow All Starr Band member and studio virtuoso Steve Lukather and the Doors' Robby Krieger on guitar, Nathan East and Jeff Silbar on bass, and keyboards from Benmont Tench and Toto's Joseph Williams, who also turns in solid arrangement duties for "Not Enough Love in the World." As for the drums, Starr has those more than covered all by his lonesome.

With such an array of talent on hand, Starr's new songs couldn't possibly fail. In many ways, the weakest song is "Here's to the Nights," which has been tapped as the EP's leadoff single. Driven by a credible pop hook and a powerful message of perseverance, the song nevertheless lacks the peace-oriented oomph of the other tracks.

With "Zoom In, Zoom Out," for example, Starr makes hay with the Zoom technology that has become commonplace household technology across the globe over the past year. Despite the "Zoom fatigue" that has befallen so many of us during these pandemic times, Starr manages to transform the concept into a means for positive connection.

In another vein, "Teach Me to Tango" finds Starr in strong voice — an especially remarkable feat as he enters his 81st year. The same can be said for the reggae-inflected "Waiting for the Tide to Turn," with standout performances by Bruce Sugar on keyboards and Tony Chen on guitar.

The EP concludes in fine style with "Not Enough Love in the World," which is powered by fellow Toto bandmates Lukather and Williams, who co-wrote the song with Starr. With Lukather's guitar stabs and Williams's rollicking keyboards, "Not Enough Love in the World" is the perfect vehicle for Starr's abiding message of goodwill and hope. Is it saccharine music? Quite possibly. But when Ringo sings, "There's not enough love in the world," you know he's damned right.