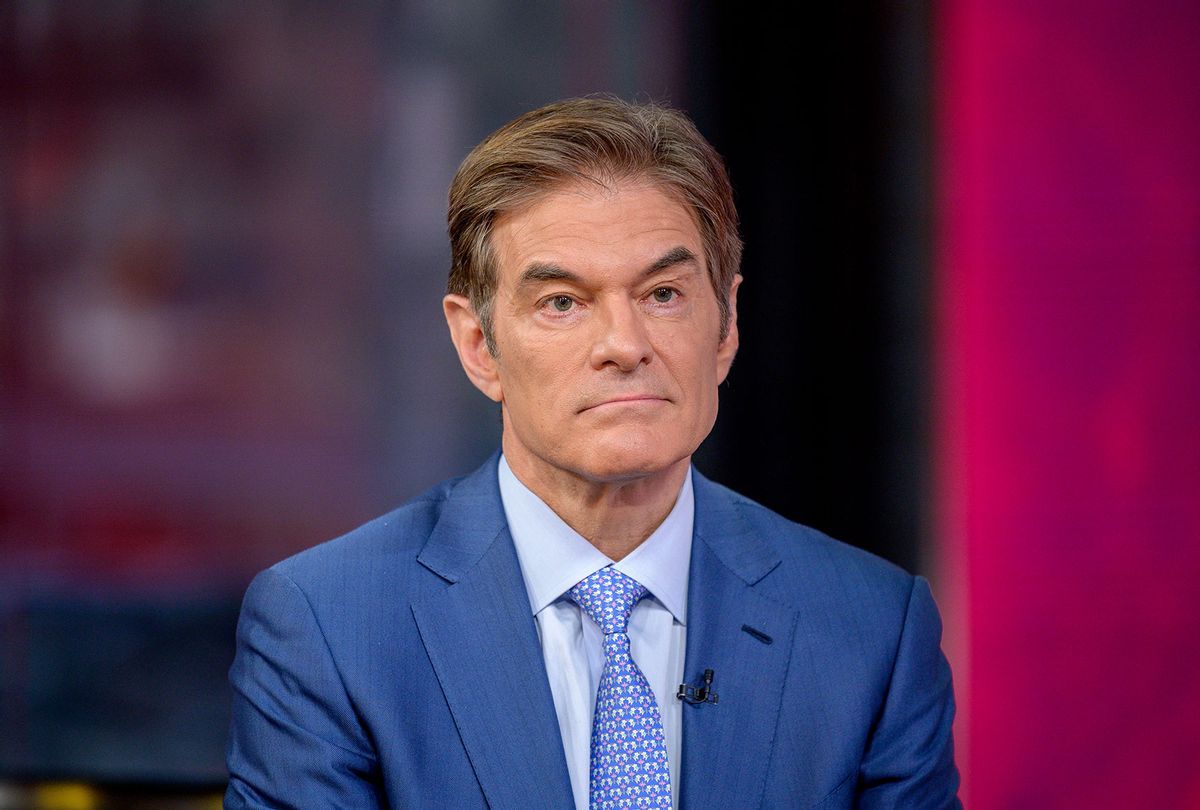 One name that did not come up, however, was Dr. Mehmet Oz, whose current guest hosting gig on the show has sparked the hashtag #BoycottJeopardy.

The initial backlash began in February, when it was announced that Oz would host the show for two weeks, part of a line-up of temporary guests that includes "Today" show anchor Savannah Guthrie, CNN anchor Anderson Cooper and Dr. Sanjay Gupta, the associate chief of the neurosurgery service at Grady Memorial Hospital in Atlanta and chief medical correspondent at CNN.

As Salon's Igor Derysh reported, Oz has "been repeatedly called out by other doctors as a 'quack' for pushing discredited 'miracle" health products,'" most recently espousing the virtues of the malaria drug hydroxychloroquine as a coronavirus treatment on Fox's airwaves. Criticism about his unfounded claims has been ongoing, however.

In 2014, Oz was criticized by Senator Claire McCaskill of Missouri after he touted a supplement called green coffee bean extract, which he called "a magic weight loss cure for every body type," which was based on a single, small study that was later retracted. Several months later, a British medical journal published a study claiming that fewer than half of the on-air recommendations on "The Dr. Oz Show" were supported by scientific evidence.

Following the announcement from "Jeopardy!," over 500 of the show's former contestants signed an open letter to the show's current executive producer saying that they believe "Dr. Oz stands in opposition to everything that Jeopardy! stands for."

The letter alleges that Oz used his authority as a doctor to push harmful ideas onto the American public, including "promoting supplements that do nothing, legitimizing gay conversion therapy (which is banned in California, as well as 19 other states), dangerous 'cures' for autism, and, most recently, the use of hydroxychloroquine as a treatment for COVID-19."

It continued: "And what kind of message does this send to the LGBTQ+ and autistic contestants and viewers of Jeopardy!?"

Despite the outcry, Oz started his guest hosting stint on Monday.

"You know, I was so fortunate to become friends with Alex, and I visited him and this show as often as I could," Oz said at the top of the show. "One of my favorite memories was of Alex showing me, with immense pride, a room full of letters and support for him from you, from his fans. And of all of his achievements he was most proud of his connection with all of you at home."

Fans of the show, however, did not extend the same support to Oz. Using the hashtag #BoycottJeopardy, viewers called Oz a "snake oil salesman" and "the antithesis of the honest desire for knowledge that Alex Trebek stood for throughout his career."

This isn't the first "Jeopardy!" guest host that has incited controversy. In December, "unartful and insensitive" tweets by Ken Jennings, who holds the all-time record for most consecutive "Jeopardy!" games won, resurfaced.

One tweet from 2014 read, "Nothing sadder than a hot person in a wheelchair," while another in 2015 included a joke about a terminally ill "Star Wars" fan who got to watch "The Force Awakens" before he died. Jennings had previously refused to delete these tweets, saying that they "could lead to smart replies and even advocacy. Deleting them felt like whitewashing a mistake."

He eventually issued a full apology on Twitter, writing: "Sometimes I said dumb things in a dumb way and I want to apologize to people who were (rightfully!) offended.  It wasn't my intention to hurt anyone, but that doesn't matter: I screwed up, and I'm truly sorry."

He then stumbled into additional controversy by coming to the defense of John Roderick, his "Omnibus" podcast co-host — whom the internet dubbed "Bean Dad" after he tweeted a viral story about his daughter and a can of beans — after old racist, ableist and anti-semitic tweets were uncovered.

Both the Jennings and Oz controversies reignited interest in the Change.org petition endorsing LeVar Burton as the next host of the game show, which was, as Salon's Melanie McFarland reported, created to "show Sony Pictures Entertainment Inc. and producers Mike Richards and Harry Friedman just how much love the public has for Burton." It now has almost 115,000 signatures.