"We are complicit": Only some churches are offering real reparations and repentance for slavery

Certain denominations are pledging millions of dollars to benefit the Black community, but others remain silent 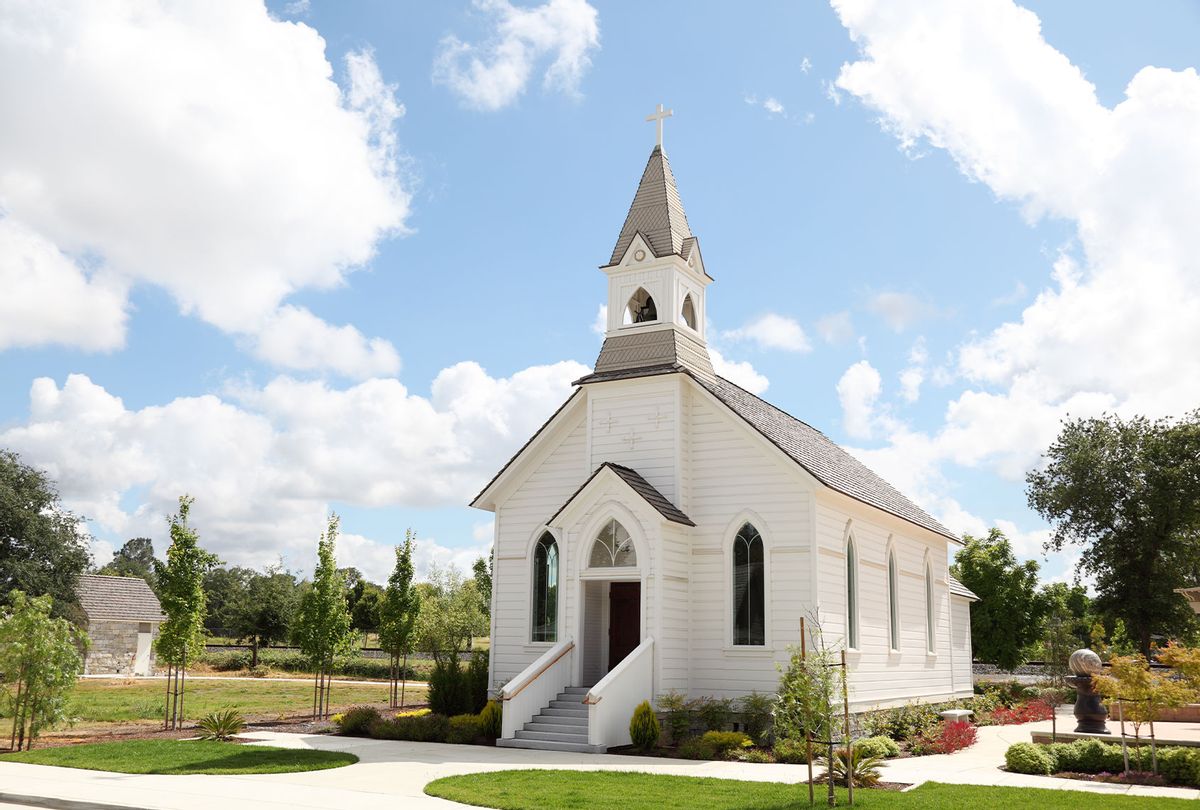 Leaders of the Jesuit conference of priests, one of the most prominent orders in the Roman Catholic Church, have announced a plan to raise $100 million in reparations to benefit the descendants of the people it once enslaved, reports the New York Times.

"This is an opportunity for Jesuits to begin a very serious process of truth and reconciliation," said Father Timothy P. Kesicki, president of the Jesuit Conference of Canada and the United States. "Our shameful history of Jesuit enslaving in the United States has been taken off the dusty shelf, and it can never be put back."

The money raised by the order will be funnelled into a new foundation, the Descendants Truth & Reconciliation Foundation, which was founded in partnership with a group of individuals whose enslaved ancestors were sold by the Jesuits in 1893 to finance the establishment of Georgetown University, America's first Catholic institution of higher learning.

Joseph Stewart, a retired corporate executive whose ancestors were enslaved by the Jesuits, will serve as the president of the Descendants Truth & Reconciliation Foundation. He told the New York Times that they are establishing "a pathway forward that has not been traveled before."

"[The Jesuits] did not come running to us, but because we went to them with open arms and open hearts, they responded," Stewart said.  "They have embraced our vision."

Kesicki's order has already deposited $15 million into a trust created to support the foundation, with a goal that the rest of the $100 million will be raised within the next three to five years.

Reparations for slavery — contemporary financial restitution for the descendants of enslaved people — is a highly divisive topic in America. According to a 2020 Associated Press poll, 74% of Black respondents favored reparation payments, while 85% of white respondents opposed them. However, a number of Christian denominations, and even individual churches, are committing to reparations by way of financial investments and long-term programs that benefit Black Americans.

Several dioceses of the Episcopal Church — including those in Maryland, Texas and New York — launched reparations programs in 2019 and 2020, while others are preparing to do so, according to AP.

"Each diocese will make its own decisions how to do this work," said New York Bishop Andrew Dietsche. "What is common across the whole church is the recognition that it's time to address and reckon with the wrongs and evils of our past."

The Diocese of Texas — whose first bishop, Alexander Gregg, was an enslaver — announced that it would allocate $13 million towards scholarships for students attending seminaries and historically Black colleges, as well as assistance for historic Black churches. In Georgia, the Diocese is committing 3% of its unrestricted endowments to help create a center for racial reconciliation.

In a statement, Rev. Scott Anson Benhase, the bishop of Georgia, said that every person's life is an unspoken sermon that is constantly preaching to others and that what the diocese does "speaks volumes."

"What we are beginning is not reparations," he said. "No amount of money can do that. What we are doing is committing significant resources to the long, slow work of racial reconciliation and healing."

The Diocese of New York unveiled a $1.1 million reparations initiative in November 2019 after admitting that the diocese played a "significant, and genuinely evil, part in slavery. As the Associated Press reported, the Diocese used enslaved people as "parish servants" and, on the eve of the Civil War, refused to approve a resolution condemning slavery.

"We have a great deal to answer for," Dietsche said at the time. "We are complicit."

Meanwhile, the Minnesota Council of Churches has launched a "truth and reparations" initiative that is, in part, modeled after the Truth and Reconciliation Commission that was established in South Africa post-apartheid. The initiative is built on a three-pronged process, centered on "truth telling, education and reparations in Black and Indigenous communities."

According to the MCC Board of Directors' vision statement for the program, as part of the truth-telling process, "faith communities [will] provide a redemptive space for acknowledging past egregious intentional injustices and redressing past injustices and present inequities through specific acts of penance and contrition." Specific topics covered will include: policing, land, and racial equity in health, education, wealth, employment and housing.

This will be paired with anti-racism training, as well as land and fiscal restitution.

"Minnesota has some of the highest racial disparities in the country—in health, wealth, housing, how police treat folks," the MCC's CEO, the Rev. Curtiss DeYoung, told the Associated Press. "Those disparities all come from a deep history of racism."

DeYoung cited the police killing of George Floyd as being a "call to action" for the church.

"The first thing that we did, of course, like everyone else, was get into the streets and march . . . but there are deep, historic issues that require more than marching," DeYoung said.

However, some Christian denominations have stayed silent on — or even condemned — the idea of reparations.

In 2019, leaders of the Southern Baptist Theological Seminary in Louisville rejected a call to give a portion of its estimated $95 million endowment to Simmons College of Kentucky, a historically Black college that was founded in 1879 by the State Convention of Colored Baptist Churches in Kentucky.

As The Southern Baptist Theological Seminary wrote in a 2018 report on the school's history of racism, the seminary's founding faculty — all four of them — "were deeply involved in slavery and deeply complicit in the defense of slavery." Many of their successors on the faculty advocated segregation, the inferiority of Black Americans "and openly embraced the ideology of the Lost Cause of southern slavery."

"Our relationship to African-Americans has been hindered from the beginning by the role that slavery played in the formation of the Southern Baptist Convention," the report said. "[M]any of our Southern Baptist forbears defended the right to [enslave people], and either participated in, supported, or acquiesced in the particularly inhumane nature of American slavery; and in later years Southern Baptists failed, in many cases, to support, and in some cases opposed, legitimate initiatives to secure the civil rights of African-Americans."

Despite these acknowledgements, as the Louisville Courier-Journal reported, the seminary said "it could not give the money to Simmons College of Kentucky because of conflicting theologies."

"We will always be open to partnerships that honor the gospel of Jesus Christ and the Word of God," seminary President Albert Mohler Jr. and trustee Chairman Matthew Schmucker wrote in a May 31 letter. "But such a partnership can come only with institutions that share our theological commitments."

Rev. Joe Phelps, the co-chair of EmpowerWest, a coalition of clergy that gave the seminary the petition asking for reparations, said that the act would be an opportunity for "repentance and repair."

"We're calling on [Southern Seminary] to lead the nation and to do something more than window dress," Phelps said at the time. "A repair is paying back people you've wronged." Mohler responded, saying that the school did not believe "that financial reparations are the appropriate response."

However, as Olga M. Segura wrote in her 2021 book "Birth of a Movement: Black Lives Matter and the Catholic Church," last year's protests over the killings of Breonna Taylor, George Floyd and Ahmaud Arbery catalyzed a reckoning within many Christian denominations about what the Biblical response to generations of racism should look like — and it's not going to quietly subside.

"They want a church that reflects and uplifts them toward liberation," Segura wrote. "A church that cares about their spiritual and physical lives — a church that atones."