Watching with COVID goggles on, it's hard to see spacious sheltering-in-place homes passed over for wedding excess 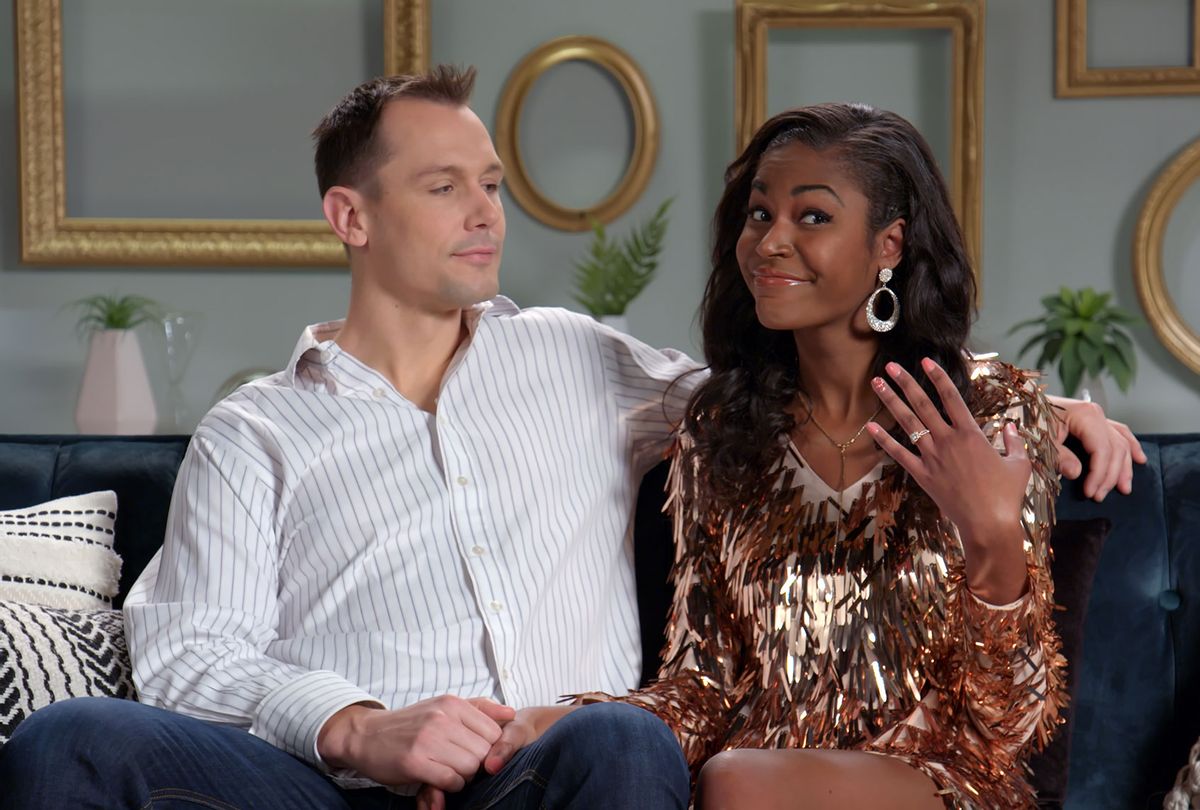 Some shows transform your television into a time machine before your very eyes, albeit a cruel one with no doors and a single window that doesn't open and through which your warning wails of "NOOOOOO!" will never be heard.

This 10-episode series draws inspiration from classic HGTV and TLC shows, adding in a pair friendly hosts – real estate agent Nichole Holmes and wedding planner Sarah Miller – competing to steer couples toward the dreams each separately champions. Holmes wants nothing more than to persuade couples to invest in nesting. Miller persuades people to toss thousands of dollars towards an unforgettable day or night of classy frolicking.

In each episode Miller and Holmes interview their prospective clients to find out everything they want in a home and in a wedding, and then each gets to work, splitting up and competing to win the couple over to their side. Holmes drives them to a selection of houses around Nashville, strategically staging rooms and nooks to show what their wildest desires could look like if they were to made reality. Miller wows them with venue options, tastings and fittings.

She dangles an ice sculpture with a booze luge in front of one couple. Another feasts on a brisket and artisanal moonshine. And each host gets a closing argument in which they "sweeten the pot," throwing in discounts, two-for-one specials and deals too good to pass up.

From the perspective of what makes sense over the long term, there is no contest. If you have between $20,000 and $35,000 in the bank, as these couples do, putting that cash down on a house is a long-term investment, whereas a wedding is an opulent party with an Instagram-worthy dessert.

Yeah, sure, you get priceless memories, but you can't trade those in for additional square footage. It takes years for the average person to save for a wedding or a down payment. Over that span of time housing costs rise and affordable options shrink. A budget that can buy a multi-level house with acreage now will get a person a yard the size of a postage stamp a few years down the road. Take it from someone who knows . . .  and has wedding regrets!

That was what I bellowed every time a couple chose "marriage" and swore they'd start saving again for a house afterward as Holmes, keenly aware of how quickly home prices in Nashville are rising, simply nods and smiles. These same moments also have the unintentional effect of making Miller into the series' secret villain. (In real life I'm sure she's a lovely human being.)

Reality television isn't a genre known for sensibility or honest choices. Most real estate TV quests are partially faked; many times, the couples have already bought the home they pretend to hem and haw over before choosing it in the end. That may be the case with several the engaged lovebirds featured here.

Even if that were the case, had the pandemic never happened "Marriage or Mortgage" would still work as a feel-good show with no "bad" outcomes. People either get their dream wedding or their spacious home in a popular city.

In October, November and December 2019, when principal photography for the show took place, neither we nor the hosts nor their subjects were familiar with the terms "novel coronavirus" or "COVID-19." None of the very-much-in-love couples could imagine how consequential their choice would be to their lives or look to an audience watching them a year into a pandemic that has resulted in massive job losses and forced people to live, work and educate their kids in their homes.

Thus if watching "Marriage or Mortgage" from the perspective of seasoned married homeowners is agonizing in itself, seeing its fairy godmothers steer couples through the choices delineated in the title after a year of gritting our teeth through cabin fever adds another level of aggravation on top of all that.

Seeing couples who say they're living in small apartments or co-habiting with roommates or parents turn down spacious backyards, ample bedrooms and gigantic bathrooms to choose, say, a grand exit in a nice vehicle may make you scream at your TV for the wrong reasons.

Miller lures one woman who gently griped about having to visit her future husband's mother to do her laundry each week over to her side with the promise of giving her a ranch dressing fountain at her reception.

Holmes shows another couple with two rambunctious sons a generously sized house with enough room to give the mother a child-free sanctuary, one of her aspirational requests. She needs the space, she explains, because they've been living on top of each other in a cramped two bedroom apartment.

Miller counters with designer candy favors and a custom suit for dad.

Guess which wins out in the end.

Then ask yourself, once "marriage" is chosen, how are those ambitious nuptials realized during our year of COVID restrictions? Do they happen at all?  Well, yes. Some who choose wedding with visions of 100 or 200 guests must instead have pared-down versions. One couple engages in what looks like a full-capacity rustic, mask-free jamboree with hugging and toasts. Another delays their celebration entirely.

"Why doesn't Nichole tell people how much home values in each area are increasing?" my husband bellowed after watching "mortgage" lose yet again. It's a reasonable question. Nashville is one of the hottest real estate markets in the country and only became more competitive during the pandemic due to record-low mortgage interest rates.

As for those couples reassuring themselves that their home ownership goal would only be deferred for a few years, we wish you luck. The pandemic saw record numbers of Americans losing their jobs and being priced out of rentals across the country.  In Nashville alone home prices are up 8.6% year-over-year and are projected to grow by another 10.3% in 2021.

In response I reminded my spouse that he was applying logic to a show constructed around emotion. The conundrum suggested in the title really isn't equivalent in value except in the realm of sentimentality. None of these couples is considering the "mortgage" option from the 2021 perspectives of basic shelter needs or space to live and work sanely.

They're giddy at having two women pledge to make their sundry castles in the air become real. That only one of those castles would remain after the show has worked its magic is unimportant to them, because they are wishing and hoping in 2019.

Granted, the worst of times are when we most acutely need wishes, hopes and romance. None of the people we see in the series arrive to their crossroads lightly. Each has a terrific love story to share, and a few have fought mightily to get to where they are in their lives and their relationships.

As one bride-to-be explains, "It's like, the one time where you can be super-extra and everybody gets to just celebrate your extra-ness, you know?"

True. The world may not be in a celebratory mood yet, but by the end of "Marriage and Mortgage," after accepting that common sense has little bearing on anything about the central decision, you may not begrudge these lovers yearning to party like it's 2019. We wish we could join them. Instead we can only watch from a less certain future.

All episodes of "Marriage or Mortgage" are streaming on Netflix.