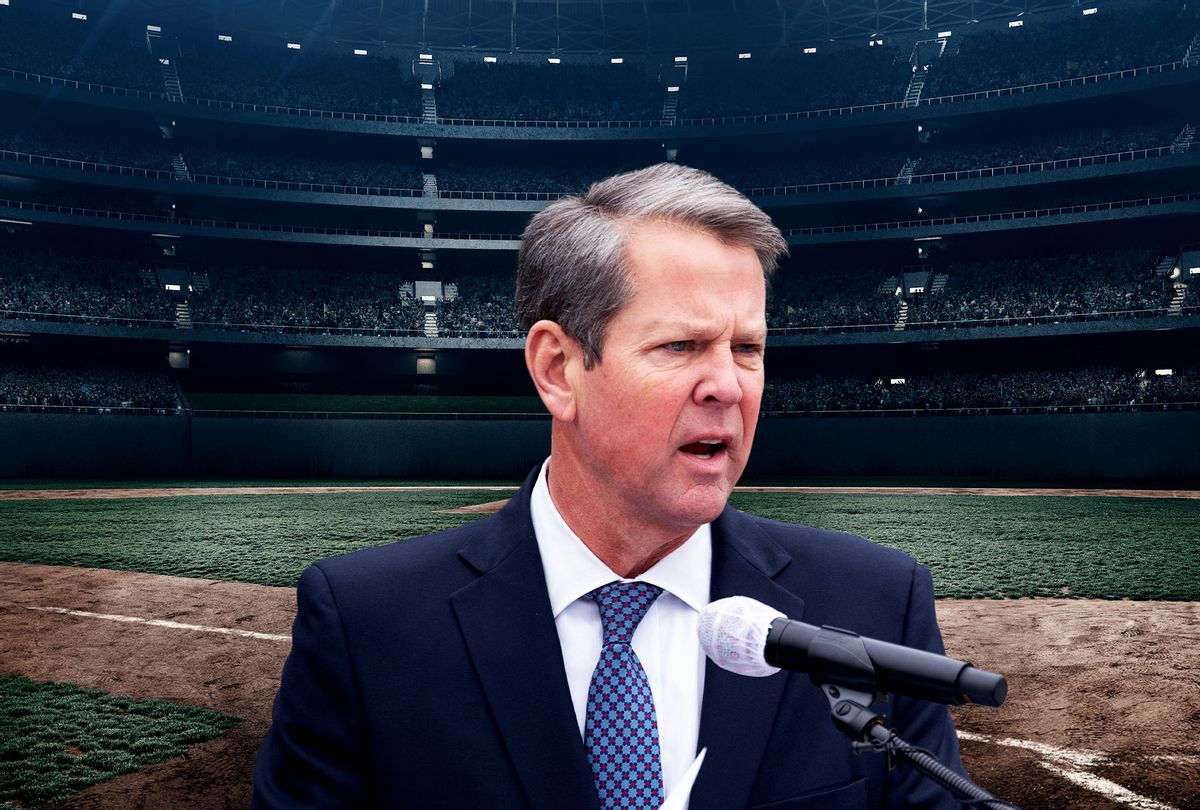 Donald Trump and Republicans tried to make the 2020 election all about "cancel culture." Free speech was under attack, they argued, not from government censorship, but something they regarded as much more powerful and oppressive: Liberal disapproval.

Many a tear has been shed over wealthy actors losing plum gigs for embarrassing movie studios with their bigoted tweets, or obscure books by famous authors being delisted voluntarily by their own publishing companies, or people making fun of a paranoid right-wing couple in St. Louis who pulled guns on peaceful protesters, or the librarian whose boss prevented her from humiliating herself by doing a rap presentation to onboard college freshmen. Free speech, they argue, is dependent not just on the absence of censorship, but the absence of any consequences whatsoever, including criticism from others who are using their free speech rights. It turns out there was one caveat to this right to speech unfettered by opposition, criticism, or consequences, however: It is a "right" enjoyed only by those on the right. For those who oppose bigotry, vote for Democrats, or express discomfort at overt racism, there is no limit to what can and should be done to silence them. This was always evident — see how Trump unleashed tear gas on peaceful protesters in Lafayette Square — and is only becoming more clear in the fight over voting rights in the state of Georgia.

If ever there was a legitimate case of "cancel culture," it really should be the anti-voting bill that was signed into law late last month by Georgia's Republican Gov. Brian Kemp. When it comes to the right to express yourself as a citizen, the right to vote is about as fundamental as it gets. Moreover, the entire process of signing the restrictive law was draped in signifiers of the GOP contempt for the right of people of color to the franchise, including the arrest of state Rep. Park Cannon for merely asking for the right to witness Kemp's signing of the bill.

But when major corporations started to use their own free speech rights to speak out in favor of the right to vote, the self-appointed warriors against "cancel culture" on the right suddenly discovered their limits of tolerance for unfettered speech. On the contrary, the folks on the right start strapping on their canceling boots, ready to cancel anti-racist speech with every tool they have at their disposal — including the use of government force.

Georgia-based companies like Delta and Coca-Cola put out statements condemning the new law, which is designed to make it harder for people in urban areas to vote and easier for Republicans to invalidate the results of a free and fair election when they don't like the results. Major League Baseball (MLB) went a step further, pulling the All-Star game out of suburban Atlanta to signal disapproval of Georgia Republicans trying to cancel their state's own voters. In response, Republicans freaked out in a way that puts any liberal disapproval of racist tweets from actors to shame. Republicans in the Georgia legislature immediately started moving to formally punish Delta by revoking their tax breaks, which goes well beyond even the most robust cancelation campaigns instigated by liberals and straight into literal government censorship territory. Kemp flipped his lid, giving a speech in which he claimed that Republicans were the victims of "cancel culture," even though the actual people being "canceled" are voters in Georgia who vote in ways Kemp doesn't like.

Fox News host Laura Ingraham — who shamelessly switches back and forth between telling progressive athletes to "shut up and dribble" and whining about how liberal criticism "cancels" conservatives — made a robust pro-cancellation argument Thursday night. "We're going to punish you," she threatened, raging against anti-racist statements from corporations, and arguing, "these corporations are going to face the wrath of GOP officials as well as the tens of millions of American consumers." Rachel Campos-Duffy of Fox News didn't even bother to pretend there was no contradiction here, suggesting on Friday that it's time for "American conservatives to cancel sports" in order to force them to "respect" conservatives, i.e. by being silent in the face of racist voter suppression.

The same folks who cry foul every time liberals refuse to support public figures or companies whose opinions they disagree with suddenly discovered they love boycotts, actually — so long as the boycott is done in the name of silencing anti-racism. Trump, whose main campaign issue was literally opposing "cancel culture", came out in favor of canceling any opponents of Georgia's racist law. He released a statement calling on his followers to "boycott baseball" and threatened others who use free speech to speak out against racism with, "Are you listening Coke, Delta, and all!"

Twitter wits pointed out that Trump, a terminal Diet Coke addict, is unlikely to be party to his own calls to cancel the popular soda brand. But his position — that it's only "cancel culture" if conservatives are the ones being criticized — is widely shared among Republicans.

Former New Jersey governor Chris Christie accused the MLB of stoking a "raging fire," and complaining that "every disagreement doesn't have to be a cause for total war," ignoring the fact that Republicans themselves started this by waging total war on Georgia voters for disagreeing about what leaders they preferred at the ballot box. A bevy of other Republicans put out similar statements, all based around the same principle: Consequences like boycotts are good to silence anti-racist speech, but consequences for Georgia legislators for literally trying to cancel people's votes are "cancel culture."

It certainly isn't consistent with any definition of the concept of "free speech." Instead, all of this is simply Republicans imposing "white people's Thanksgiving" rules on the entire nation, where people who express bigoted opinions — or even take bigoted actions — are politely indulged, but anyone who talks back is immediately castigated. It's consistent, alright, but not with any noble principle like "free speech." It's just consistent support for bigotry and oppression, and consistent anger at the very concepts of equality and fair play. By lashing out this way, Republicans have once again exposed the small-minded bigotry that fuels their party.