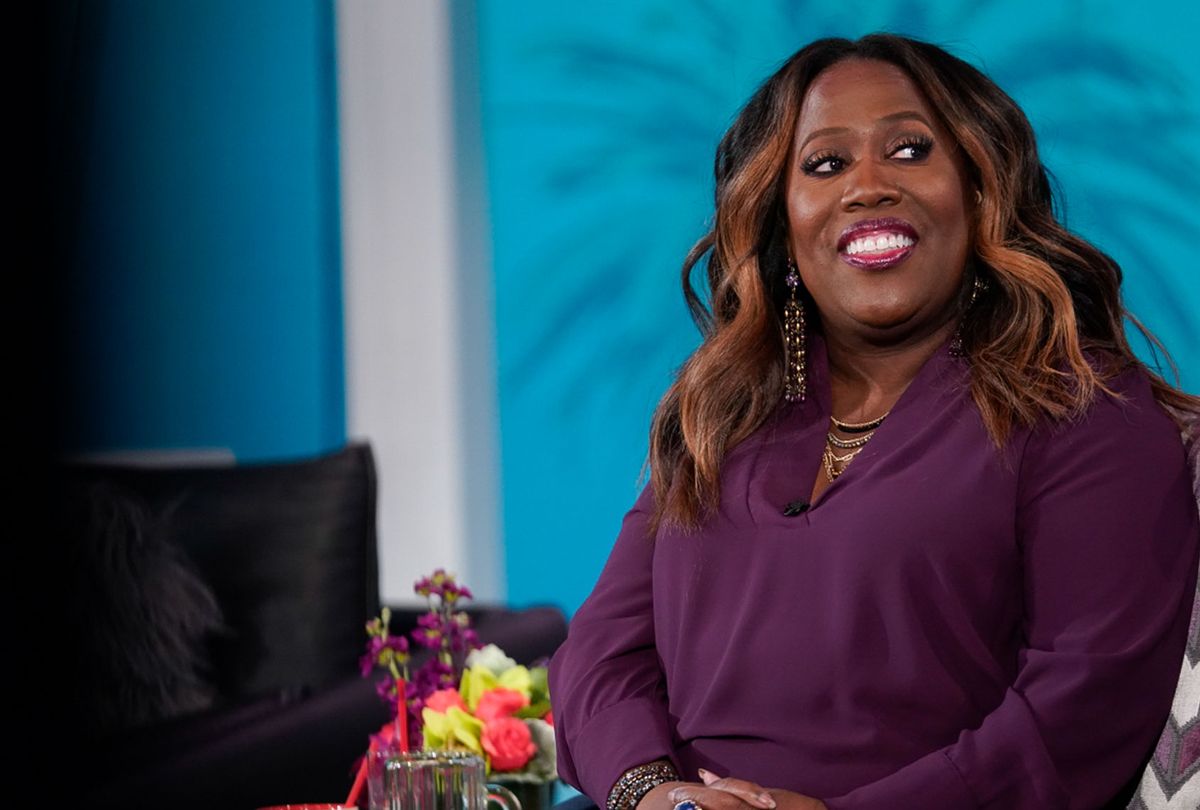 On Monday, "The Talk" returned for its first episode since taking a hiatus after co-host Sharon Osbourne had an on-screen meltdown about fans calling her racist and went on to verbally attack her co-host Sheryl Underwood, who is Black. Underwood opened the show by saying, "We need to process the events of that day and what's happened since so we can get to the healing."

"Over the next hour we will honestly discuss what occurred and explore some of our feelings," she said. "And we'll also show you how anyone can become more comfortable with discussing important issues and having difficult conversations."

Grant moderated the conversation and also shared ways to be an ally and advocate for people of color, which centered on the point that they should not be burdened with having to explain why or how something is racist — which was something that Osbourne asked of Underwood during the last episode of "The Talk."

The episode was reminiscent of the "After the Final Rose" special following the last season of "The Bachelor," during which former NFL player and "Uncomfortable Conversations with a Black Man" host Emmanuel Acho led participants through a discussion about how contestant Rachael Kirkconnell, one of the last two women standing, was outed on social media for having attended an antebellum-themed "Old South" party with her sorority sisters in addition to giving a thumbs up to racist posts and costuming herself as a Native American.

However, this episode of "The Talk" really served as an opportunity for the remaining hosts to discuss how Osbourne's lashing out at Underwood — and the ensuing fallout — impacted them emotionally and allowed them to push back on some of Osbourne's subsequent public assertions.

Welteroth, who was formerly the editor-in-chief of Teen Vogue, said that in rewatching the episode she saw, "two Black women walking the tightrope that Black women are walking every single day in the workplace."

She said that she and Underwood, as Black women, had to stay composed.

"Even in the face of someone who was a) not listening and b) went off the rails into disrespect when we were maintaining our respect within the context of this very complex charge, emotional conversation," she said.

Underwood agreed, saying that she didn't want to escalate things with Osbourne because she thought she was having a conversation with a friend. "But also I knew I had to be an example for others to follow because I didn't want to be perceived as the angry Black woman," she said.

Underwood also clarified that, while Osbourne had sent her texts — which were subsequently shared by Osbourne with The Daily Mail — she hadn't responded to them because of the internal investigation that CBS launched into Osbourne's behavior.

Welteroth also added that Osbourne's public assertion that she was "set up" to have that conversation about Piers Morgan "is absolutely categorically false."

Osbourne announced she would be leaving "The Talk" in March after aggressively erupting on the show after initially coming under fire after tweeting "@piersmorgan I am with you. I stand by you. People forget that you're paid for your opinion and that you're just speaking your truth."

Morgan's "truth," it should be noted, was his assertion that he did not believe Meghan Markle actually struggled with suicidal thoughts due to racism she experienced while living as a member of the British Royal Family. Twitter users responded that Osbourne was racist for aligning herself with Morgan.

As Salon's Melanie McFarland wrote, Osbourne brought up the accusations during a March episode of "The Talk." She was calm at first, but eventually angrily demanded that Underwood educate her about why Morgan's statements were racist.

Osbourne eventually apologized for her behavior during the segment, tweeting a statement that read, in part, "I am truly sorry. I panicked, felt blindsided, got defensive & allowed my fear & horror of being accused of being racist take over."

However, when Osbourne spoke with Variety following the episode, she said she blamed the network for the situation, saying that she wasn't prepared to discuss the racism allegations.

"I was blindsided, totally blindsided by the whole situation," she said. "In my 11 years, this was the first time I was not involved with the planning of the segment."