We recently learned that Trump's minions spied on reporters — and no one cares. These crimes must not be forgotten 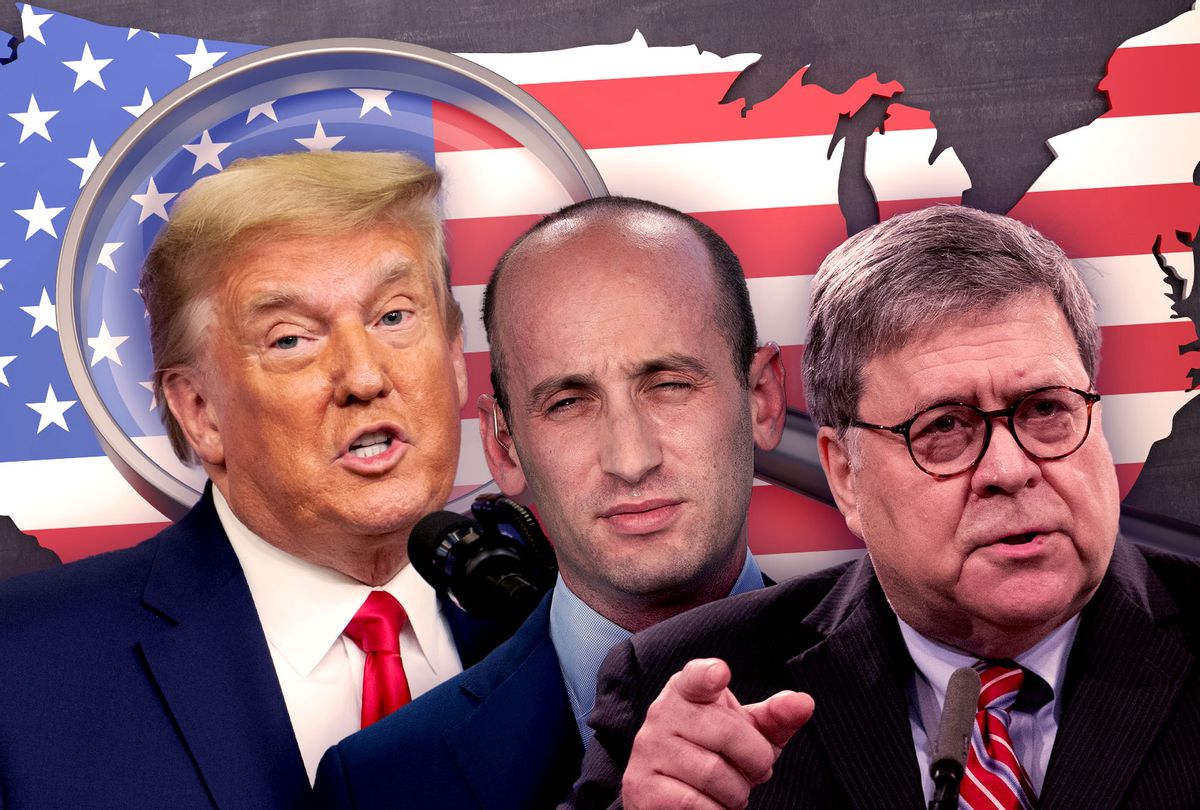 During Donald Trump's time in office (and arguably beyond), he and the Republican Party inflicted many deep wounds on American democracy and the rule of law. President Biden and the Democrats have done an admirable job of slowing the bleeding. But for the victim's life to be saved, the weapons must be seized, and the wounds treated and healed. For that to happen the full truth of the Trump regime's crimes must be publicly revealed.

Unfortunately, such an outcome appears unlikely. In the most recent example of organized forgetting by a country that would rather look away from the truth than confront it, we learned last week that under Trump the Department of Justice obtained the phone records of reporters who were investigating the Trump-Russia collusion scandal. Then we immediately stopped talking about it.

The Justice Department obtained call records for the phones of three Washington Post reporters last year in an apparent bid to discover the sources for a 2017 story detailing a sensitive aspect of the federal investigation into alleged ties between the Trump campaign and Russia, the newspaper said Friday.

Federal investigators used court orders to obtain so-called toll records on phones used by a trio of Post reporters who worked on a July 2017 story about intelligence intercepts indicating that Russian ambassador Sergey Kislyak told superiors he discussed issues related to Russia with then-Trump campaign adviser Jeff Sessions during the 2016 presidential race, according to the Post.

An editor at the Post, Cameron Barr, said in a statement that the newspaper is "deeply troubled by this use of government power to seek access to the communications of journalists," but there was nothing close to widespread outrage at the news that an authoritarian president and regime and his flunkies apparently spied on journalists who were investigating crimes against democracy. This obvious abuse of power is largely being treated as a non-event of little public importance. That is precisely how authoritarianism is normalized — when the public no longer cares about the crimes committed by those who hold power.

These acts were committed under a president who repeatedly described the free press as "the enemy of the people" and "fake news," in a Goebbels-like campaign to create an alternate reality in which the Great Leader is never to be challenged and free speech and other rights are to be crushed.

Moreover, the same president and regime repeatedly embraced, fawned over and admired foreign dictators and autocrats who imprison and kill journalists. In his book "The Room Where It Happened: A White House Memoir," former national security adviser John Bolton recalls Trump saying of journalists: "These people should be executed. They are scumbags."

Given the Trump regime's use of Border Patrol officers and other pseudo-police agents to seize protesters and reporters off the streets in Portland and other cities last year, it is terrifying to imagine how "enemies of the people" would have been detained had Trump's coup succeeded and he remained in office.

The collective non-reaction to the Trump regime's targeting of journalists is just another example of the way uncomfortable and dangerous truths about the Age of Trump are disappearing into the memory well. Congress needs to convene a truth commission and other public investigations before all such truths have vanished. There are many questions about the Trump presidency that must be asked and answered for the United States to move forward in a safe and responsible way.

Were the coup attempt and the Capitol attack directly planned by Donald Trump and his inner circle? What role did Republican members of Congress play in the assault? What was actually discussed in the Oval Office meeting where the coup attempt was allegedly discussed with Trump by disgraced former Lt. Gen. Michael Flynn and various others? Why were the military and law enforcement essentially ordered to stand down by the Trump administration? What figures in the Trump administration may have coordinated such orders and plans? How is the Trump-inspired right-wing extremist movement being funded and coordinated?

The people of Puerto Rico were basically abandoned to die after Hurricane Maria. What role did Trump himself play in that decision? What other Trump regime officials were involved?

What role did William Barr and the Justice Department play in concealing the Trump regime's crimes, attacking his personal and political enemies and in other ways undermining the rule of law? And what specific role did Barr and other senior officials play in concealing and distorting the Mueller report's findings about the Trump campaign's collusion with Russia during the 2016 election?

Why did the Trump regime refuse to treat white supremacists and other right-wing hate groups and paramilitaries as serious threats to the country's safety and security? How many such individuals and organizations have infiltrated the country's military, police, law enforcement and national security apparatus more generally?

Beyond immigration policy, what role did Trump's senior adviser Stephen Miller — who has shown himself to be an unrepentant white supremacist — play in policy-making more generally? Given the creation of concentration camps and an explicit policy of causing misery and hardship for brown and Black migrants and refugees, did the Trump regime commit crimes against humanity?

A new report from the University of Washington's Institute for Health Metrics and Evaluation shows that at least 900,000 people have died from the COVID-19 pandemic in the United States. That number is roughly 50 percent higher than the official death toll of almost 600,000.

Public health experts have estimated that the number of deaths might have been limited to 100,000, had the Trump regime and Republican Party acted responsibly during the early months of the pandemic. Do these actions rise to the level of criminality? Did Trump and his Republican supporters commit democide against the American people?

There are many other questions to be asked as well about financial crimes, corruption, election-rigging, voter suppression and attacks on civil rights, as well as the federal government's response to last summer's Black Lives Matter people's uprising.

To this point, Republicans in Congress are blocking any attempt to hold a proper investigation of Trump's coup attempt and the Capitol attack, very likely because they are implicated as co-conspirators.

Too many Democrats — including President Biden — are eager to move on, perceiving a public accounting for the crimes of Jan. 6 (and the Trump regime more generally) as a distraction from their broadly successful policy agenda.

The American people have short attention spans, are traumatized by the Age of Trump and the pandemic, and have been taught as a culture that ignoring bad things will make them go away. Confronting the truth about the Trump regime and American neofascism, how it came to be and the ongoing threat it poses requires a maturity, patience and dedication that too many Americans do not possess.

A truth commission could at least potentially provide a proper accounting for the Age of Trump, and help create a shared narrative for the American people. Such a commission would also quite likely uncover crimes committed by the Trump regime that to this point have remained hidden.

But there is no full and genuine public accounting for the crimes of the Trump regime, it is all but certain that Donald Trump will not be America's last neofascist president but instead its first. To hold no serious investigation is also to grant permission for more right-wing terrorism and political violence. The Republican Party has already decided that free and fair elections are a priori illegitimate, and their outcomes are illegal if the Democrats win.

Today's Republicans are obsessively working to create a type of one-party state and apartheid autocracy. If the Age of Trump is allowed to drain away down the memory well, they will probably succeed. America's multiracial democracy will then exist only as a fading memory, until that too is forgotten.