Rhubarb: How to use this harbinger of spring in every type of dish, from tomato sauce to sandwiches

Rhubarb shouldn't be reserved only for pies: Learn how to make coulis, purées and syrups with this unique red stalk 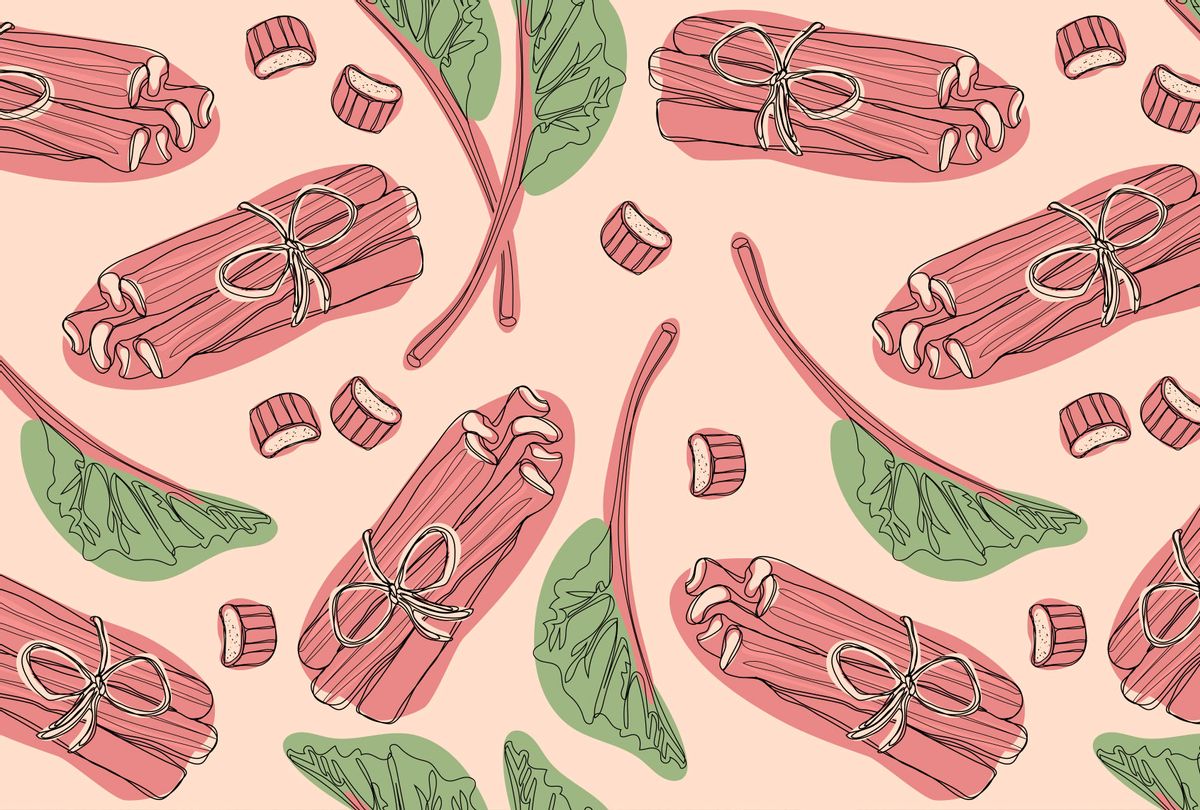 Rhubarb can be a curious thing. While many are ostensibly aware of it, this peculiar produce is certainly neither the most common nor the most popular ingredient. Looking a bit like celery's crimson cousin, it's the inverse-tomato; a vegetable masquerading as a fruit, often playing second fiddle to strawberry or other more ubiquitous fruits in tarts, crumbles and crisps. Rhubarb rarely steps into the spotlight on its own volition — until now.

The perennial ruby vegetable signals the onset of spring, a surefire indicator that the weather is warming and flowers are blossoming. Its color is a vibrant ruby-red, and the inside of the stalks are an aloe vera-like, deep-greenish and verdant ala cucumber. The peculiar stalks originated in central Asia; they were originally used strictly for medicinal purposes in traditional Chinese medicine.

In fact, rhubarb may date back as far as 2700 BC. The BBC notes that the crop was initially transported from China and Siberia to Italy in the 13th century before being brought to England by the early 1600s. It also became a highly desired bartering tool and currency; it's said to have been worth as much as saffron. The first known published mention of sweetened rhubarb is in a 1760 cookbook by Hannah Glasse, according to Foods of England.

RELATED: More than a pie filling — here's everything you need to know about cooking with rhubarb

At some point, sugarcane cultivation resulted in a bounty of sugar, which someone happened to combine with rhubarb and voila — the idea of its primary inclusion in desserts came to fruition. This may also be because it's not often eaten in its raw form — it has a biting, astringent note. However, when cooked down with some sugar or honey, its harsh edges are softened, it breaks down and becomes jam-like and its flavor becomes appealing, bright and decisively fruity. The rhubarb-sugar pairing has clearly helped to frame the way that the vegetable is understood, served and enjoyed in the present day.

Be sure to steer clear of the leaves — they actually contain highly poisonous toxins. Trim them, immediately discard them and keep your focus on those beautiful stalks. Aside from its culinary purposes, rhubarb was also used for its medicinal benefits for many years. As far as the whole fruit/vegetable dichotomy, Taste of Home notes that the U.S. Customs Court deemed rhubarb a fruit instead of a vegetable in 1947. This was due to the differing tax rates between the two produce classifications. What a world, huh?! 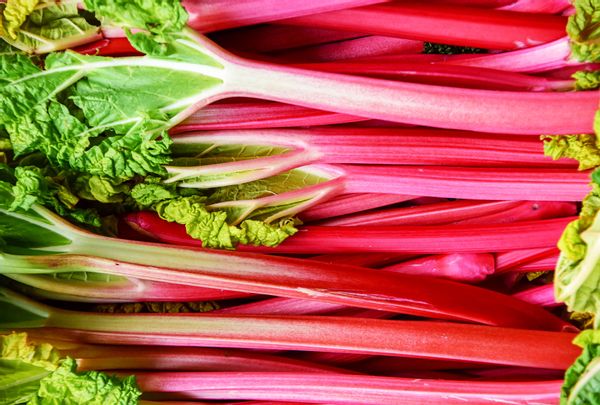 Check out a close-up of this unique red stalk. (Photo by Getty Images)

Now that you're ready to get to cooking, check out my flavorful recipes for sausage and rhubarb sandwiches and roasted rhubarb-tomato sauce. Then, stick around for a crash course in rhubarb coulis, purées and syrups.

This originally started as a play on a relative standard rhubarb barbecue sauce before it took on a life of its own. It's very complex and deep, with tons of different, nuanced flavor notes; it's delicious with chicken, steaks and ribs; it's excellent either grilled or roasted; plus, it's a great marinade. Don't skimp on applying this sauce — chicken and ribs especially benefit from a lot of it! Feel free to reapply multiple times throughout the cooking process, and cook until the sauce is sticky, browned and imbued into the protein.

This is in the vein of sausage and peppers — you just swap out the peppers for rhubarb! The savory roasted grapes offer an amazing pop of flavor.

The Wonderful World of Rhubarb Syrups, Coulis, and Purées

How to make a standard rhubarb syrup:

How to make a honey-orange syrup variation:

Now, let's put these wonderful creations to use!

How to use a syrup:

How to use a coulis:

How to use a purée: