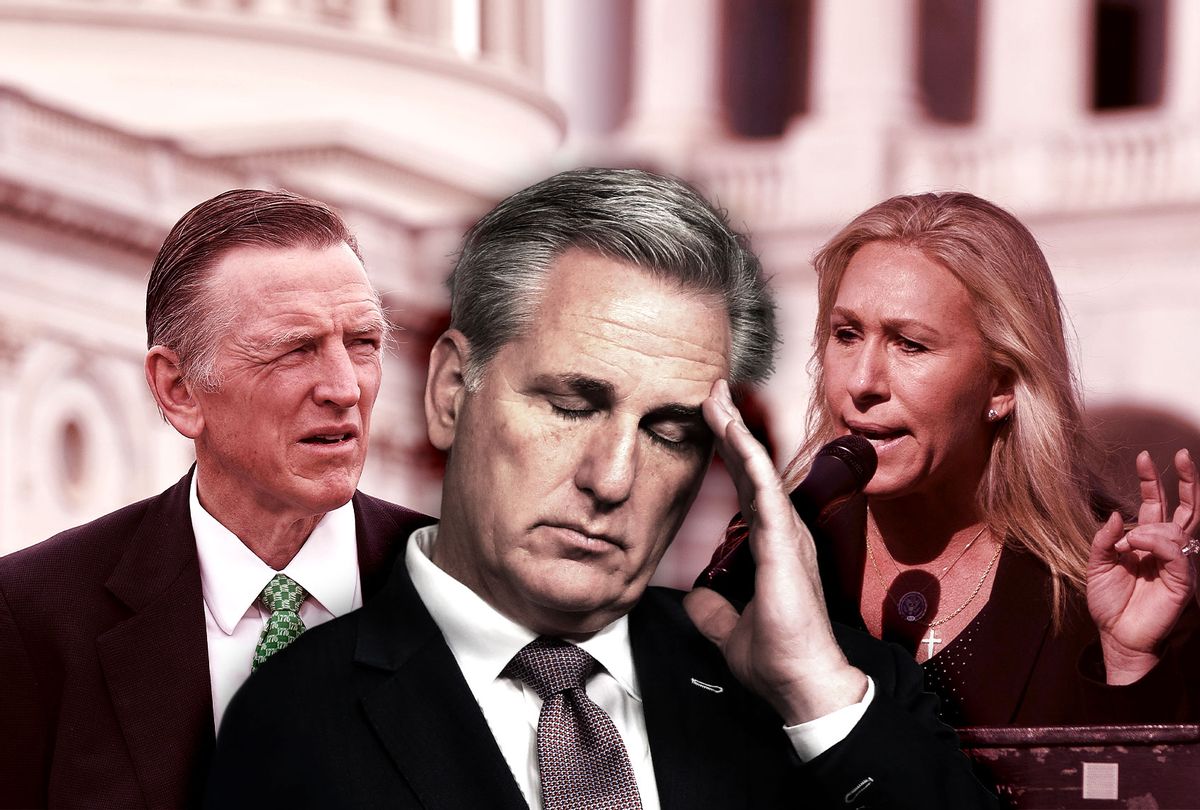 House Democrats want accountability laid bare against Republican lawmakers who continue to indulge in election conspiracy theories and downplay the Jan. 6 Capitol insurrection by introducing a measure to censure three far-right GOP members as Republican leadership knocks down a proposed bipartisan commission to investigate the attack.

"These members cannot be allowed to rewrite history at their convenience by disrespecting the sacrifices made by Capitol police officers and downplaying the violent, destructive intent that rioters carried into this sacred building," Cicilline stated in a letter to fellow lawmakers. "The January 6th insurrection was an attack on our democracy that we must continue to defend against today," he added. As for the exact wording of the resolution slated to be introduced by Cicilline, that remains a work in process.

According to NBC News, the move from Cicilline comes following a hearing last Wednesday from the House Oversight Committee on the Jan. 6th siege where Rep. Clyde argued that the attack was "not an insurrection" but rather a "normal tourist visit."

"There was an undisciplined mob. There were some rioters and some who committed acts of vandalism," Clyde said at the hearing. "But let me be clear, there was no insurrection, and to call it an insurrection, in my opinion, is a bold-faced lie. Watching the TV footage of those who entered the Capitol, and walk through Statuary Hall, showed people in an orderly fashion staying between the stanchions and ropes taking videos and pictures, you know."

Rep. Andrew Clyde's (R-GA) comments today don't hold up well when played side-by-side with insurrection footage, so I made this.

the revisionist history being perpetuated by some Republicans to defend January 6th is disgusting pic.twitter.com/bWdXtU0b4F

Late on Monday night, an image from the day of the attack surfaced on social media, showing Clyde attempting to barricade the door to prevent pro-Trump vigilantes from entering. The GOP lawmaker was also seen in another photo screaming.

Andrew Clyde (@rep_clyde), the person screaming at the far left of this photo, is the person who recently likened the brutal, wildly out of control, deadly violent Jan. 6 insurrection on the U.S. Capitol to overthrow the will of the people, to a "normal tourist visit." pic.twitter.com/bs4twxu1lZ

The Rep. Clyde news reminded me of this:

Reps. Clyde, Gosar, and Hice have all since the blowback from the siege attempted to purge the memory of the event from the nation's memory. "It was Trump supporters who lost their lives that day, not Trump supporters who were taking the lives of others," Hice claimed not too long ago. Far-right Rep. Gosar, who enjoys hanging out with white nationalist Nicholas Fuentes, claimed that police officers were "harassing peaceful patriots" that day.