With Uzo Aduba as a therapist, "In Treatment" returns in a sunnier location for a darker time

Uzo Aduba takes over for Gabriel Byrne in this fourth season reset, moving the action from New York to Los Angeles 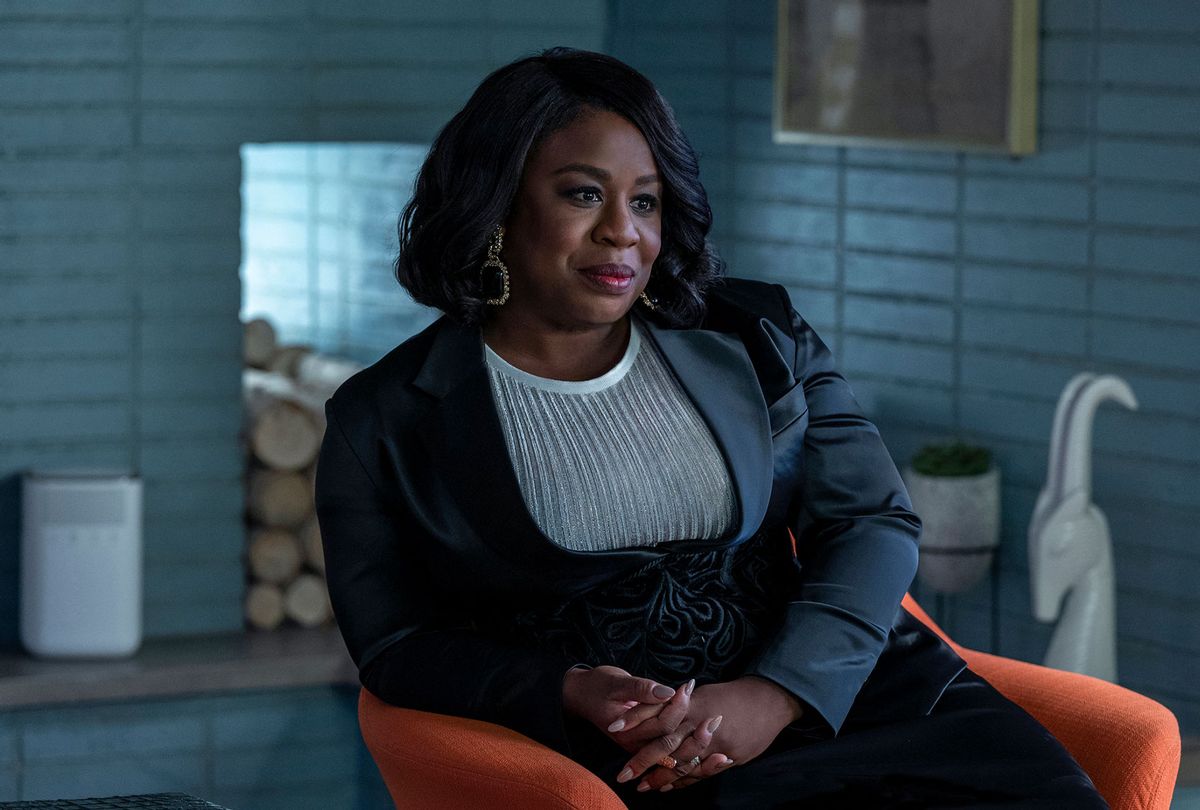 At least, that's what I understand these concepts to mean; I am not a doctor or a licensed counselor. But if someone were to ask me what "In Treatment" is about, those terms just about cover it. The cracks in the boundaries Dr. Brooke Taylor establishes between herself and her patients is where writers unearth all the aches and self-deceit that walk through her front door, and the doctor unavoidably adds some of it to her own.

Through Brooke, made real, hard, soft and strikingly imperfect by Uzo Aduba, we're invited appreciate the way therapists, as she explains, hold their patients' pain.  Maybe we do a kind of transference ourselves in the process of watching. There's a slight peril in that because TV is in no way a replacement for therapy.

And if you're viewing "In Treatment" as a model for how it works, please don't. The show, which is based on the Israeli format "Be' Tipul," employs the structural machinery of therapy to construct potentially addictive must-devour seasons.

For a more accurate view of mental health counseling – what it looks like, what it can do for you – watch Showtime's "Couples Therapy," which recently completed its second season. Dr. Orna Guralnik is all about realistically portraying the work, whereas "In Treatment" is a collection of half-hour plays featuring dueling personalities staged as therapy sessions. Aduba's Brooke is the main constant joining each of these 24 new episodes, starring alongside with her impeccably designed and furnished midcentury home in L.A.'s well-to-do Baldwin Hills neighborhood.

The set design tells us more about Brooke than anything she says, at first; her designer furniture's beach-sheeny colors pop against the clean architectural lines of her space. Her elegant, refined wardrobe matches her surroundings, and these trappings are part of the boundary setting.

Everything about Brooke exists in directly contrast to Gabriel Byrne's Dr. Paul Weston, from the womb-like dimness of the Brooklyn apartment where we spent the second and third season to his probing gaze. Brooke is all bright sharpness and assurance, and she uses those qualities to surgically heal or drain someone's ill humor depends on what they bring in.

People drawn into Byrne's time with the series, which ran between 2008 and 2010, reveled in the malleability of the format: seasons aired four or five episodes per week during which Byrne's psychotherapist meets with different patients.

To wit: If you watched the first season, when Paul was based in Baltimore, you might tune in on Wednesdays to view the progress of Sophie, a teen gymnast, or Tuesdays to see Alex, an Iraq War veteran, contend with PTSD.

If you wanted to get inside Paul's head, you would watch his sessions with his therapist Gina (Dianne Wiest); or, you could watch those in conjunction with your patient storyline of choice and search for hints of whether anything that's happening in his personal life may be bleeding into his efforts to help others.

Moving the show from the East Coast to Los Angeles and transitioning the focus from an older white man to a Black woman changes the dynamics as much, if not more, as the ten-year gap between the seasons. There's the TV legacy aspect of the archetype; contemplate the difference, if you will, between a Bob Hartley or a Frasier Crane and someone like Dr. Noelle Akopian (Michael Hyatt) from "Crazy Ex-Girlfriend."

Those men are detached sages, while Dr. Akopian is an empathetic shoulder, a cheering section. Aduba's Brooke doesn't fit either of those types, donning a different mask to suit each of her clients and maybe letting it slip a little more for some than others.

Each title character is scripted by a different writer, leading to some inconsistency in tone. But, as is true of previous seasons, the success of each plot really depends on how much you like the character.

Eladio (Anthony Ramos) elicits the highest level of investment from her, which may be due to their shared connection as caregivers; he's a home health aide for a wealthy family's disabled son. Ramos matches Aduba's skill with layering grades of emotion into every exchange they have and each line he leads, as written by Chris Gabo.

Viewers familiar with Ramos' other work (in "She's Gotta Have It," for instance, along with the upcoming adaptation of "In the Heights") know how easily he can fill the room when broad performances demand that of him. Here we get to revel in the care he takes with Eladio's quiet version of anxiety and doubt.

Brooke's most provocative and draining jousts occur within weekly sessions with Colin (played by John Benjamin Hickey and written by Zack Whedon), a recently released white-collar felon resentful at having lost his status, and his millions, and eager to test the limits of Brooke's skills and forbearance. Hickey is superb at playing an entitled jerk to the point that it's tough to tell whether he's delighting in his character's sky-high ego trip or using Colin to empty out every dark impulse nagging at him.

But it is when we get into Brooke's hours when "In Treatment" is at its most naked and, at times, overwrought. Joshua Allen, the series co-showrunner, writes Brooke's first three episodes, with co-showrunner Jennifer Schuur helming the fourth, and their shared desire to emphasize the singular challenge the pandemic poses to therapists like Brooke.

Her session with Eladio, for example, are conducting virtually, and this creates an additional hurdle for her to overcome in terms of cutting through whatever shields or layers of self-deception a patient erects.

Brooke is barely holding up her own façade – it's a drama, remember – dealing with the death of her father on top of other demons. Aside from in-person therapy visits, she's alone avoiding calls from the person we presume to be her therapist relying instead on her confidante Rita (Liza Colón-Zayas).

Complicating matters is the return of an old flame (Joel Kinnaman) she keeps at arm's length but is too lonely to cut off entirely. Rita views him with suspicion, but maybe he's not the problematic one in their partnership.

Kinnaman has a more limited presence than Colón-Zayas, and each pairs well with Aduba, but the issues Brooke faces follow a predictable path, and when they show up in her work the action loses some of its natural flow. With Rita Aduba allows Brooke to release some of the poison she's sponged up from her clients in messy spurts and explosions, and while their performances are moving the dialogue's choreography can whirl inelegantly when Brooke really spins up.

A little clumsiness is as forgivable as any transference occurring between the audience and "In Treatment," especially in these times when we're all struggling to contend with the world. Besides, this is a show striving to meet our need to sit, listen and relate as opposed to numbing out.

If we see something of ourselves in Brooke, or Eladio, or any of the other souls struggling long here and take some solace that, this only means "In Treatment" is doing us more of a service than most TV cares to.

The fourth season of "In Treatment" premieres at 9 p.m. Sunday, May 23 on HBO. Two back-to-back, half-hour episodes air each Sunday and Monday night and will be available to stream on HBO Max.