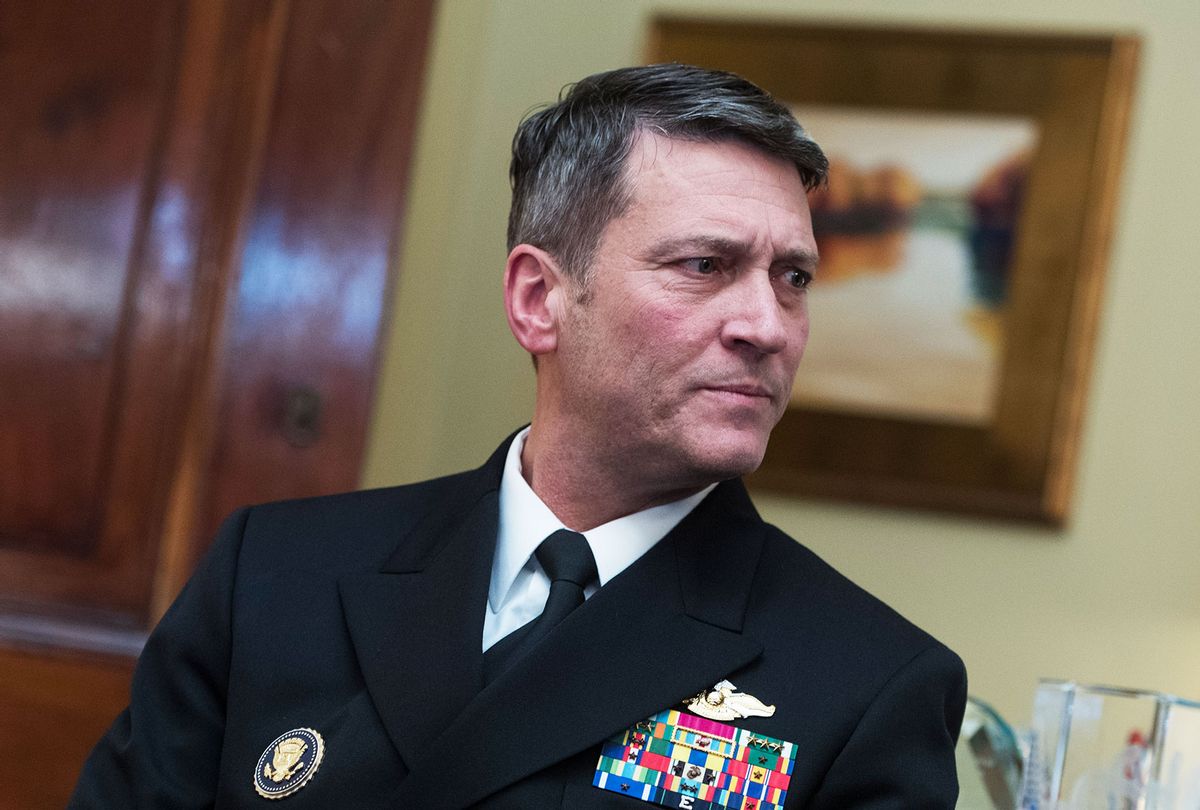 Former Trump doctor turned Texas Republican Congressman Ronny Jackson, whose tenure in the Trump administration was filled with drinking alcohol and taking Ambien on the job, urged fellow lawmakers in a Thursday letter to join him in demanding that President Joe Biden take a cognitive fitness exam.

Jackson, who began seeking the support of colleagues last week for the letter, has garnered 13 fellow Republicans, including Reps. Andy Harris and Brian Babin, among other lesser-known GOP members. The congressman took to Twitter on Thursday to further state that he would be sending the letter to the president, Biden's physician, and Dr. Anthony Fauci.

During an interview with The Hill, Jackson claimed that Biden doesn't even know where he is located, a repeated Republican talking point that baselessly asserts Biden's mental health is in decline.

"Just everything that has been going on for the last year and a half...[Biden] doesn't know what's going on, where he's at," the congressman told the publication. "He's very confused all the time."

In a subsequent Thursday statement, Jackson said that the American people "deserve to have absolute confidence in their President." He added that voters "deserve to know that he or she can perform the duties demanded of the office, and they deserve to have full transparency on the mental state of their highest elected leader."

"I would argue that the American people don't have that confidence in President Biden. When I was Physician to President Donald J. Trump, the liberal media relentlessly pushed a narrative that he needed a cognitive test and that it should be the standard for anyone serving as Commander-in-Chief and Head of State," the former Trump doctor said. "Given the precedent set and Biden's clear mental impairment, I believe it is past time he undergo a cognitive test."

"He's [Biden] not physically or cognitively fit to be our president right now. And I just think that he's not inspiring confidence in the American people. He's not inspiring confidence in our allies overseas," the congressman told the Fox host, who frequently refers to Biden as "sippy cup Joe." "And more importantly, it's sending the wrong message to our adversaries overseas."

During his time in the White House, the ex-Trump doctor said back in 2018 that the former president was in "excellent" health. Such a claim was made, despite Trump seen frequently eating junk food and burgers. Jackson also touted that Trump scored a perfect 30 out of 30 on a cognitive exam deliver by the Trump-friendly medical expert.

Attacking and billing Biden as "weak" and not "confident" has long been a GOP attack line against the current president, which isn't a very successful one.