A carbonara with its roots in queer history 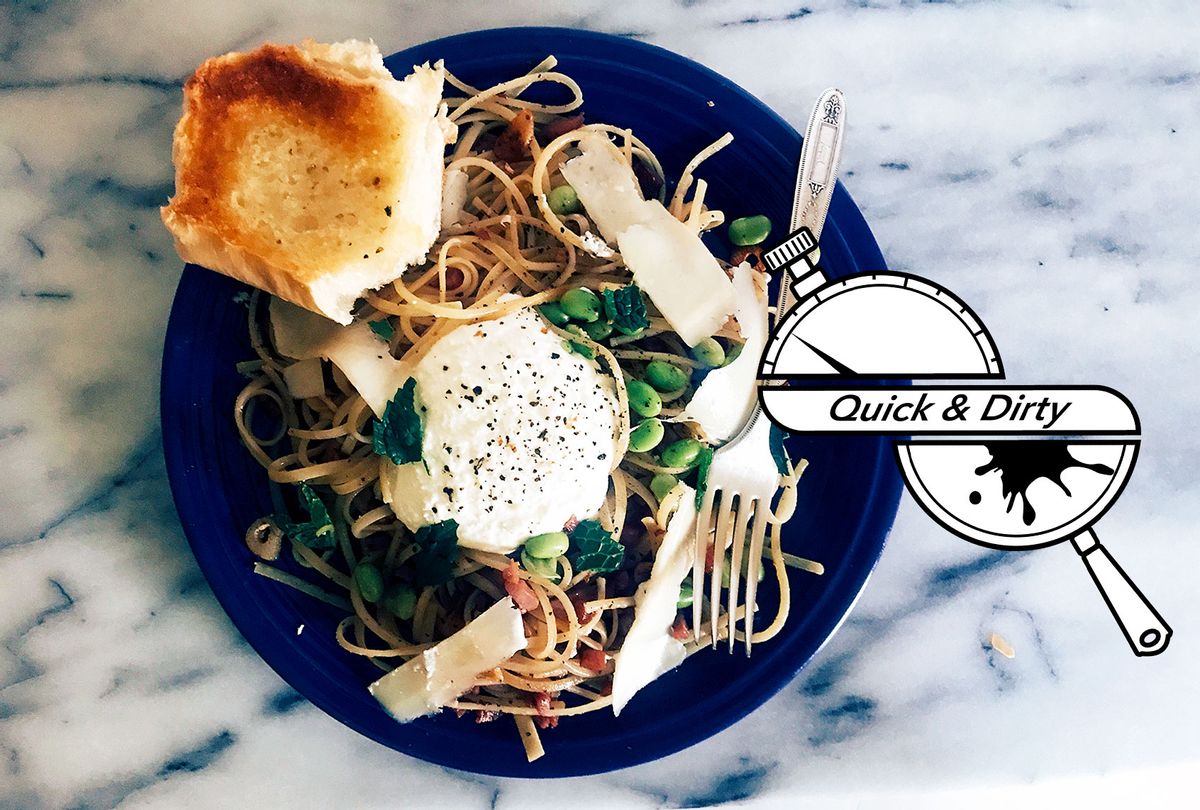 It's been far more joyful June this year than last, a much closer to normal Pride Month than last. As part of that buoyant return, a lot of us are finally going out drinking and eating again. And though you may not know his name, you should know how Billy West helped bring us together at the table.

I was utterly transfixed recently by author John Birdsall's meticulous, moving appreciation of the Zuni Cafe founder, who died of AIDS in 1994. Birdsall, author of the James Beard biography "The Man Who Ate Too Much," has a keen understanding of that intersection of queer culture and food culture, a space that West helped pioneer. In 1979, he opened Zuni on a bleak downtown San Francisco corner. It was three months after the murder of Harvey Milk a few blocks away. It was one year before San Franciscan Ken Horne, the first identified American AIDS patient, would be reported to the CDC.

From its earliest days, writes Birdsall, Zuni "put queerness on display to San Francisco's political class," and as its reputation grew, it became a space catering to "a mix of politicians in suits, opera goers in tuxedos and gowns, and out gays and lesbians in T-shirts and jeans — all served by waiters with an uninhibited queer presence… at a time when the tragedy of AIDS was intensifying the stigma around being gay."

With its southwestern name and decor, its Californian and European-inspired cuisine and its elevated yet easy vibe, Zuni has been a mainstay of American cuisine for over four decades now. When I lived in San Francisco in my extremely broke twenties and worked in a grimy office by the strip club down the street, I walked past Zuni every day — and ventured in when I had a little money and a reason to celebrate. That it endures, after a devastating plague that has hit the most vulnerable the hardest, that has shuttered other beloved, LGBTQ+-owned restaurants, is cause for gratitude and remembrance. "Mr. West's legacy," writes Birdsall, "is the queering of the American restaurant."

I miss San Francisco every day, but uniquely during Pride. So until I can get back there to visit, I'll raise a glass with my friends on this side of the continent, and replicate a Zuni meal in my own rushed and inexpert way. The restaurant is justifiably most famed for its roast chicken bread salad, which is extraordinary, as well as its top notch burger and Caesar salad. But my increasingly insistent wanderlust makes me lately want to pull something from its current menu. And you can never go wrong with carbonara, never. Even when it doesn't have eggs. Maybe especially when it doesn't have eggs.

At Zuni, you can have the rustic Roman dish and with "English peas, house cured pancetta, ricotta and pecorino romano." In my house, I swap out the peas for edamame, and the pancetta for prosciutto. At your own stove, you can dress the dish up or down to your liking, with fresh herbs or naked, with a buttery Spanish ham or the pepperoni from your child's Lunchables. Relax, it's pasta, it will be delicious. Just eat as you would if you were at hanging out at Zuni tonight — surrounded with friends.

Inspired by Jamie Oliver and Zuni

Hint: If you want the full Zuni experience, serve this with a simple dish of celery, olives and anchovies drizzled in oil.