This is your brain on walking

Getting in those steps boosts your mood, and may stave off brain deterioration 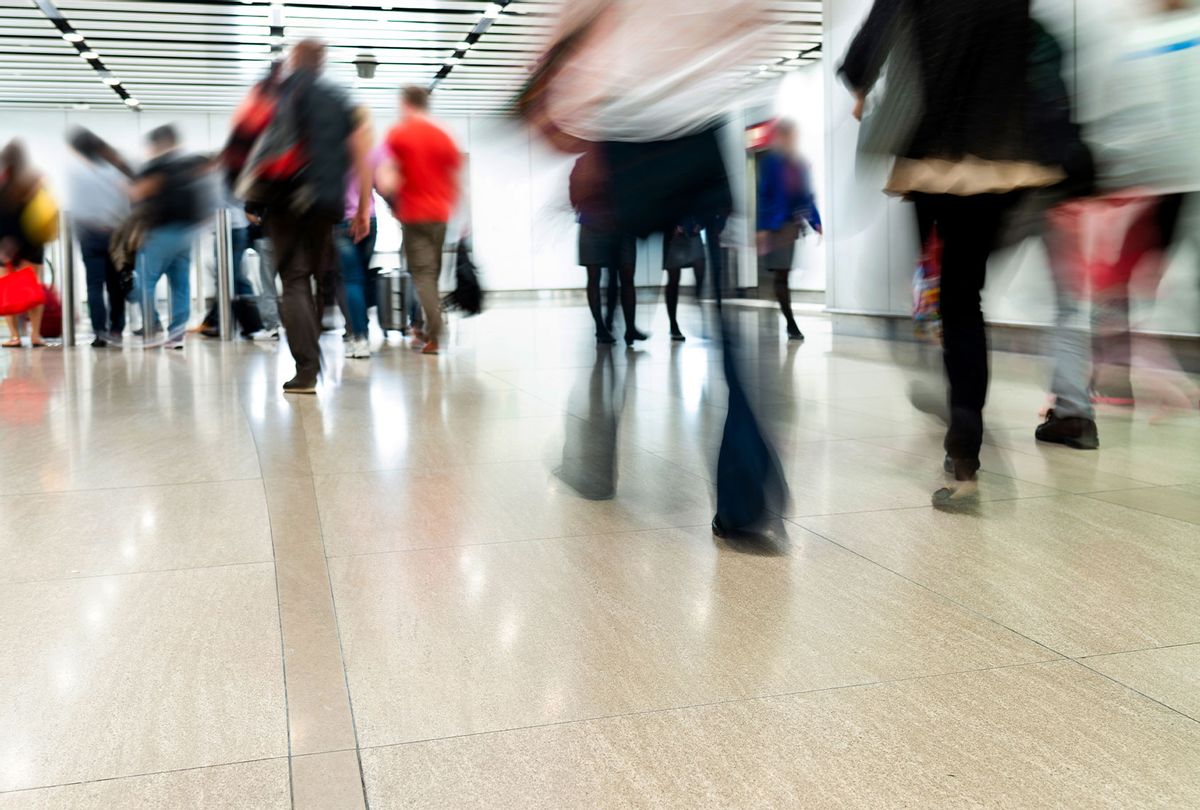 You want to grow older gracefully? You want to have a healthy body and brain, well into your AARP years? It's possible, but I regret to inform you that this may involve some cardio.

The positive impact of exercise on is obvious, and its effect on mental health has been well-studied and largely affirmed over the past several years. But as the New York Times reported recently, a new study on "White matter plasticity in healthy older adults" published in NeuroImage indicates that regular brisk exercise not only can improve physical and psychological fitness, it may improve brain function as well.

In the study, led by Colorado State University in Fort Collins professor of neuroscience and human development Agnieszka Burzynska, 247 "sedentary but otherwise healthy" older men and women (average age: 65) were divided into three groups and observed over a six-month period. A control group did supervised stretching and balance workouts, one group danced a specific number of times a week and another walked briskly for 40 minutes, three times a week.

As the Times notes, "The walkers and dancers were aerobically fitter, as expected. Even more important, their white matter seemed renewed." Surprisingly, it was not the dancers but the walkers who fared best of all. Meanwhile — and this may motivate you to get those steps in — the control group actually showed a decline in white matter, "with greater thinning and tattering of their axons and falling cognitive scores."

Of course, a very small sample of individuals representing a specific age group is not decisive evidence that walking makes you smarter. The exact significance of white matter itself, what Burzynska says has long been regarded as the "ugly, neglected stepsister" of gray matter, is itself still being studied. But the possibility that cognitive decline is not inevitable, that our brains can actually keep building even as we age, is exciting. And there's other evidence that boosts the convincing case for the powerful role that exercise — even moderate, easy-to-do exercise — has on our brains.

A 2017 report from New Mexico Highlands University suggested that "the foot's impact during walking sends pressure waves through the arteries that significantly modify and can increase the supply of blood to the brain," which can in turn help keep brain cells healthy. It's possible those treadmill desks were a good idea after all. There's an array of research showing the effects of exercise on the hippocampus — the part of the brain that plays a major role in learning and memory.

The potential applications of exercise in the treatment and even delay of Alzheimer's are exciting. A 2016 study out of China's Xuzhou Central Hospital noted the challenges of regular physical activity in older and more sedentary populations, but noted role of exercise in "memory improvement and brain plasticity." And the Mayo Clinic reports that "Physical activity is one of the known modifiable risk factors for dementia. Plus, regular exercise helps combat other Alzheimer's disease risk factors, such as depression and obesity."

In spite of my own personal preference for inertia, I can testify that I've experienced those cognitive and emotional effects firsthand. In the early days of the pandemic and the shelter in place restrictions, my modestly active lifestyle abruptly became a "stare at the walls and worry" one. The daily miles on my fitness app seemed to be mocking me, while my anxiety disorder took the wheel. I was not just in a mental health crisis, I was in a full-time brain fog.

So on a very cold, very early spring morning last year I went for a walk with a neighbor. We walked, and talked, and kept walking and talking until we had easily covered eight miles, mostly in circles around the local park. Afterward, I felt better than I had in weeks, like like I'd had a hot bath with a foot massage and a glass of wine. I made a promise to myself then and there — I had to put in at least five miles, running or walking or a bit of both, every single day.

With the exception of a brief hiatus for surgery and an epic bout of food poisoning, I have kept that vow for over a year now. I have gone out in howling thunderstorms and blinding blizzards, in sweltering heat and subzero cold. Hi, I'm tired! But I think the experience actually rewired my brain — if I was able to function at all through the past year of my rigorous academic program, it may be because of all the heavy thinking I got in as I wore out my sneakers boots. Sorry, showering, I have a new favored method for accessing all my better ideas. And the experience has definitely made a huge difference in my ability to manage my anxiety.

Like David Sedaris, who has been famously public about both his OCD and his ability to "destroy everyone I'm a Fitbit friend of," and Margaret Cho, who has likewise been open about her mental health issues and her "many coping measures such as extensive exercise," I have found a strong measure of psychological relief somewhere in all the miles. The endless, daily, consistent, no matter what miles. (I still believe in Wellbutrin too, though.) What I hadn't expected was that walking and running would make me feel, if not smarter, at least less dumb.

I don't need to wait until my mid-sixties to start giving real attention to my brain health, and you don't either. The welcome news is that it appears we don't have to start training for Ironmans to keep ourselves sharp. Walking — just regular, you don't need instructions or special equipment walking — can boost the brain. It's not complicated. It just takes a few steps.