From Michael Che to Louis CK, comics who make rape jokes at survivors' expense try to embarrass them into silence 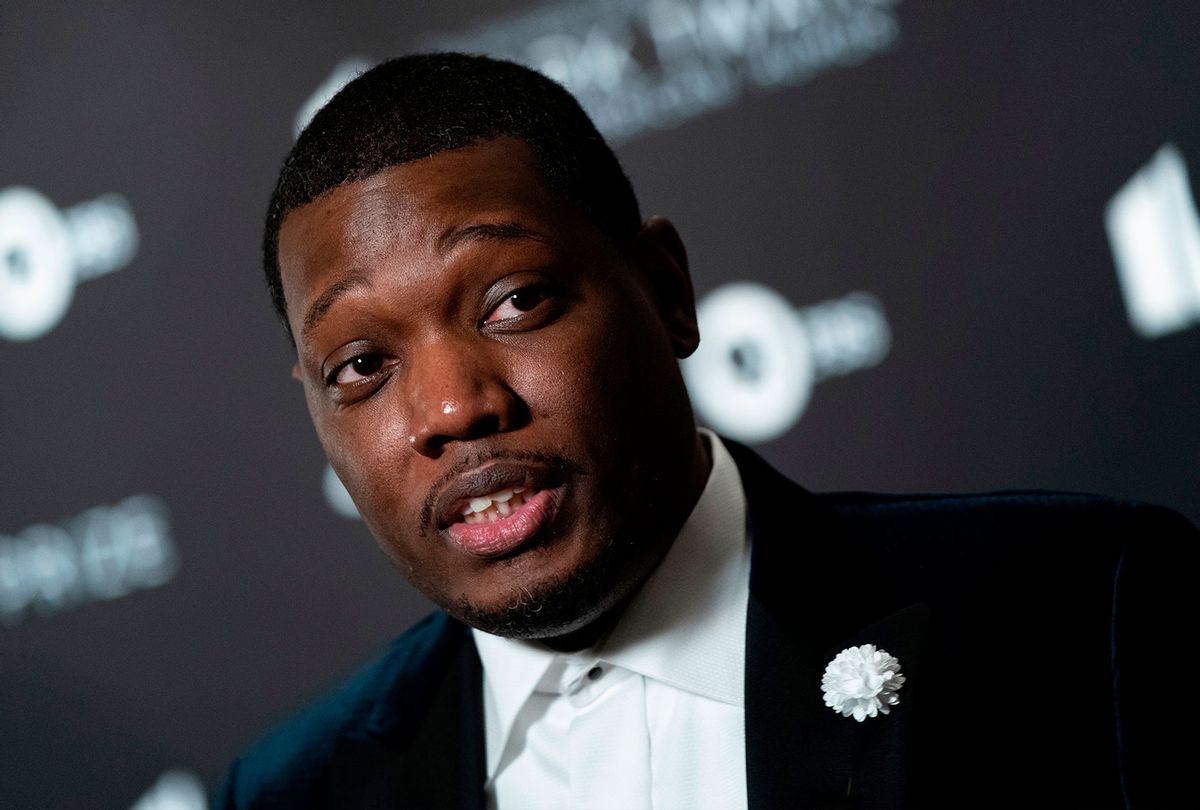 On Thursday evening, as the world continued to needlessly react to Olympic champion Simone Biles' decision to withdraw from the women's gymnastics team all-around final for her safety, "Saturday Night Live" star and self-identified comedian Michael Che for some reason felt qualified to speak on the matter. In a series of since-deleted, truly heinous Instagram stories that were screengrabbed, Che posted he had "like 3 mins of Simone Biles jokes in my head," which he then unwisely let out of his head.

"I'm going to the [comedy] cellar tonight to say them into a microphone. As the dorky kids say, I'm choosing violence," the post reads. What followed was a series of "jokes" dunking on Biles' mental health, and comparing her step back from the Olympics to Larry Nassar's conviction. Nassar is a household name for sexually assaulting scores of young, female gymnasts — including Biles herself.

Notably, conservatives who have always for some reason found it appropriate to bully Biles, a survivor of sexual assault who's been open about her mental health struggles, have been harsher toward Biles than they ever were toward the man who abused her. But Che's so-called joke takes this twisted, racist and sexist hatred of Biles — and really, all survivors — to another level.

Che may be backtracking on the Instagram posts now – claiming he was hacked in the wake of massive backlash – but his jokes would be perfectly in line with his history of sexist, transphobic and otherwise offensive jokes punching down at the marginalized, rather than up at the abusive and powerful, which he's faced backlash for spewing, before. Che is hardly the only male comedian who's asserted their rights to make fun of victims, children, LGBTQ folks, and the powerless, in the name of comedy and edginess. Some male comedians have maintained a fondness for and defensiveness of rape "jokes," in particular.

Of course, when people and especially white comics like CK bemoan "PC culture," what they're really whining about is a culture in which marginalized people increasingly feel empowered enough to speak up about mistreatment and abusive language they've long been expected to shoulder without complaint. Yet, that progress is erased when we fixate on what powerful white men and childish comedians are supposedly no longer allowed to say without consequences.

Specific to rape "jokes," let's be clear: any issue or topic can be the subject of a joke, if done right. Leading feminist thinkers from writer Rebecca Solnit to comic Samantha Bee have been showing this for years, and survivors often tell the most devastating and hilarious rape jokes of all. But what makes these jokes resonant, substantive, and not more of the same misogynistic abuse is that they make fun of and criticize perpetrators of sexual violence, in addition to the greater rape culture that breeds this violence and shields abusers from accountability.

In a comedy special called "Rape Jokes," performed at the height of the #MeToo movement in 2018, comedian and survivor Cameron Esposito recounts the story of her own sexual assault, her life after it, and throws in jokes about how sexual assault is often portrayed onscreen. "She's assaulted and then she becomes very good at swords," Esposito said. "That was not my experience. I stayed the same amount good at swords: expert." She also slammed male comics who have cried "censorship" when faced with backlash over their offensive "jokes" or behaviors.

No survivor's path to healing is the same; some find comfort coming forward, reporting their experiences or sharing them very publicly, while others never tell anyone. But Esposito certainly isn't the only survivor of sexual trauma who's found comfort, laughter and community by making jokes at the expense of rape culture, rather than the estimated one in five women who is a victim of rape or attempted rape.

The "jokes" shared on Che's Instagram story, on the other hand, reflect the worst and most reductive interpretation of comedy possible — the punchline of choice is the young, Black sexual assault victim he's chosen to mock and dehumanize.

To state the obvious, this is what traditional, sexist rape jokes are all about; their purpose is to embarrass and exert social power over rape victims. Embarrassment is a natural feeling and instinctive response to when someone degrades you, or takes away your power. And it's precisely the intention of perpetrators of sexual harm to make their victims feel embarrassed, because when someone is embarrassed, they don't talk about what they've experienced. It's this embarrassment, this culture of stigma and shame that's long protected abusers from any sort of accountability.

Yet, at the end of the day, as the comedy of women like Esposito has shined a critical light on, when it comes to acts of sexual harm, the only people who should feel embarrassed are the perpetrators. Being victimized is not a moral failure, nor a joke, nor in the least bit embarrassing. What is embarrassing is to participate in rape culture, to be complicit in rape culture, certainly, to tell jokes at the expense of rape victims. Not only are CK, Che, and others in their ilk of "edgy," male, so-called comedians woefully unfunny, they're also just deeply embarrassing people.