Suni Lee's signature move is her ability to perform under pressure

The teen became the first Hmong American to win gold, and hopefully it's not her last with four more events ahead 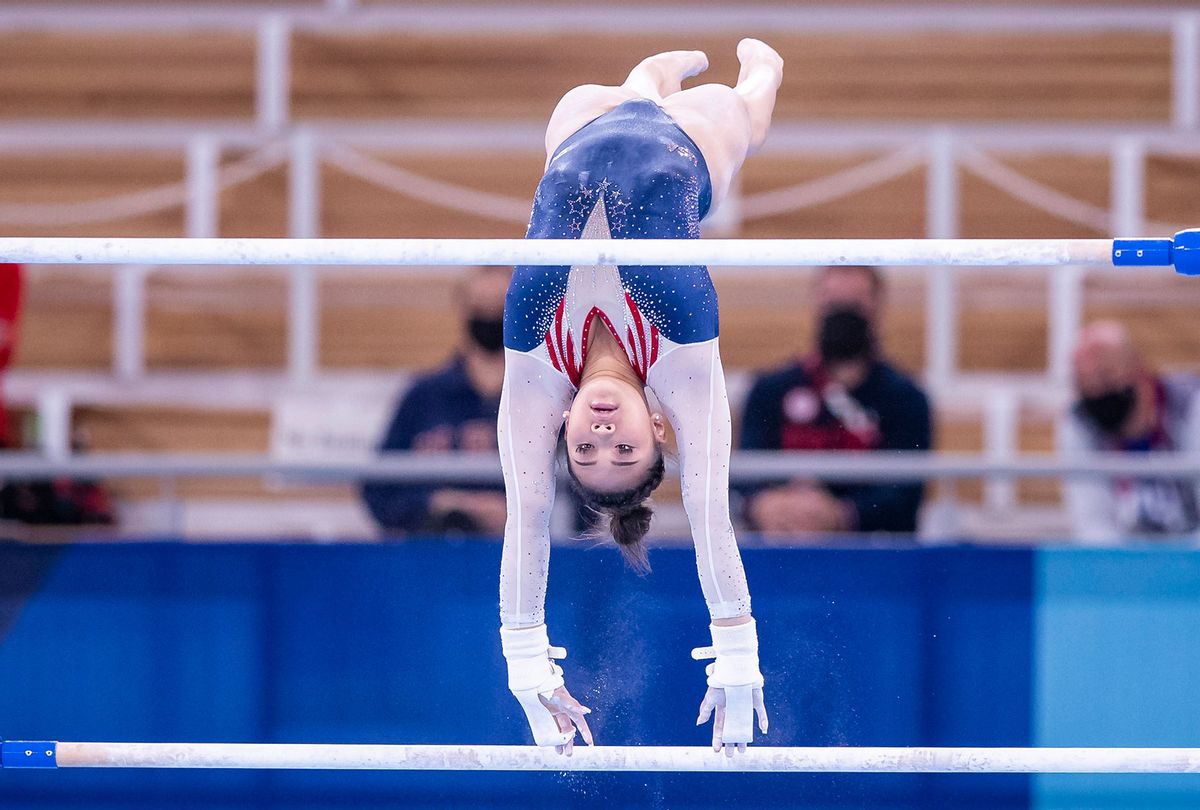 When Simone Biles withdrew from the team finals in women's gymnastics during the Tokyo Olympics earlier this week, it shocked the world. Considered by many to be the greatest gymnast of all time — and one of the greatest athletes of all time — Biles had become the de facto face of the Summer Games, a high-pressure role she inherited from five-time Olympian Michael Phelps once he retired from competition after the Rio Games. Biles would eventually also withdraw from Thursday's individual all-around competition as well, sparking yet another 24 hours of media frenzy. But what got lost in the initial discussions of prioritizing mental health, the explanations of the twisties and the uninformed hot takes from armchair critics were the fearless women who charged ahead in Biles' absence. In particular, superstar Sunisa "Suni" Lee, who helped lead the team to silver and the took home the gold in the individual all-around, narrowly beating out Brazil's Rebeca Andrade.

Lee, who is 18 years old and the first Hmong American to compete in the Olympics, has been a fierce competitor in gymnastics for a while now. In June, she finished in second place behind Biles in the all-around competition during the Olympic Trials to earn her trip to Tokyo. The fact she is a specialist at uneven bars — one of the hardest events in gymnastics and the one event in which Biles could even be considered to be less than great — also worked in her favor. And she put those talents on display after Biles suddenly withdrew on Tuesday, fearlessly nailing her routine in the team finals and making a connection during a transition from the high bar to the low bar that she had missed during qualifications. She earned a 15.4, a full two-tenths higher than her score during qualification and the highest mark anyone has received on bars thus far.

She then filled in for Biles on the floor and completed a solid routine having not warmed up any of her tumbling passes before the 30 seconds the gymnasts were allotted immediately before the rotation. With similarly stellar performances from teammates Grace McCallum and Jordan Chiles, the team won the silver medal.

For those who only tune into gymnastics once every four years (or five this time around), Lee is probably not a familiar face or a household name. She was just 13 when Biles took home five medals in Rio. But Lee, who is a star in the Hmong community, has battled through foot and ankle injuries and deeply personal struggles — her father, John Lee, was partially paralyzed in 2019 after falling from a ladder, and she lost an aunt and uncle to COVID-19 in 2020 — to become one of the top gymnasts in the world. And now she's finally getting her time in the global spotlight, though we can argue she probably should have been there all along.

Just two days after her father's accident, Lee displayed both strength and composure when she competed in the U.S. nationals championships — her first as a senior — and took home the silver medal in the all-around competition. Later that year she competed at the world championships in Stuttgart, Germany, winning three medals: a silver on the floor exercise, a bronze on the uneven bars and a gold as part of the U.S. team. While the pandemic made things like training much more difficult, Lee earned the second guaranteed team spot for Tokyo this past June, actually outscoring Biles during the second day of the two-day competition. And then, of course, she qualified in third place behind Biles and Andrade to secure the U.S.'s second spot in the all-around competition (the Olympics has a strict two-per-country rule; Jade Carey, competing as an individual, eventually replaced Biles after she pulled out).

Although Andrade led the field after the first two rotations of the all-around on Thursday, Lee overtook her heading into the final rotation. And when Andrade went out of bounds twice during her otherwise flawless floor routine, it put her 0.135 behind Lee, who finished with a total score of 57.433 to clinch the gold. In doing so she became the fifth American in a row to stand atop the all-around podium after Carly Patterson (2004), Nastia Liukin (2008), Gabby Douglas (2012) and Biles (2016). And she did it with yet another consistent performance under pressure, which more and more seems to be her signature move.

Lee began the day on vault, arguably her weakest event, by scoring a 14.6 on her double-twisting Yurchenko. It was her best performance since arriving in Tokyo and put her in fourth place to start. She then followed that up by snagging a 13.833 on balance beam after a miraculous save kept her from falling during a triple wolf turn. It would end up being the second highest score after a trying day of competition in which falls — a full point of deduction — were seemingly everywhere. Meanwhile, Lee's floor exercise routine, during which she stuck all of her tumbling passes (she removed the fourth that she had done during qualifications because of lingering pain in her ankle that can cause trouble on landings), earned her a 13.7, her best of the Olympics. But as expected, what really helped to push Lee over the top and secure her title was her spectacular uneven bars routine during the third rotation. With a difficulty score of 6.8 — the hardest in the world — she earned an 8.5 in execution to give her 15.3. Just like during the team finals, Lee received the highest score of the day. Nina Derwael of Belgium was the only other athlete to top 15, earning a 15.266 (Derwael finished in sixth place).

While Lee might not have as much innate power as Biles, who even at 24 (practically ancient by gymnastics standards) seems to have a limitless supply that allows her to soar to unthinkable heights and complete daring skills that no one else would even attempt to try, she does appear to have ice water running in her veins. She's been thrown into multiple high-pressure situations, from her father's injury to Biles' abrupt withdrawal, and she's performed beautifully at every turn. She's elegant on uneven bars, where she combines difficult combinations with a graceful fluidity, and we'll get the chance to witness this one more time in Tokyo when she competes during the uneven bars event final this weekend. She is also strong and consistent on beam (she'll compete in the beam finals next week as well), can tumble well on the floor and, as witnessed on Thursday, has the ability to nail her vault even if others in the competition have higher levels of difficulty.

While gymnastics fans around the world already knew it to be true, Lee has again proven herself to be a well-rounded athlete with an advantage on an event that can trouble even the best of the best. If Biles had retired after Rio, the stories leading up to the Tokyo Olympics no doubt would have been championing Lee's name and her impressive list of skills. Instead, she has become a global superstar known for stepping up and delivering during a pivotal time. So while Lee, who will compete for Auburn University in the fall, might have come to Tokyo as the No. 2 woman on Team USA and an undeniable uneven bars specialist, she'll be leaving it as the reigning Olympic all-around champion and the best gymnast in the world. If you didn't know her name before, you definitely do now.