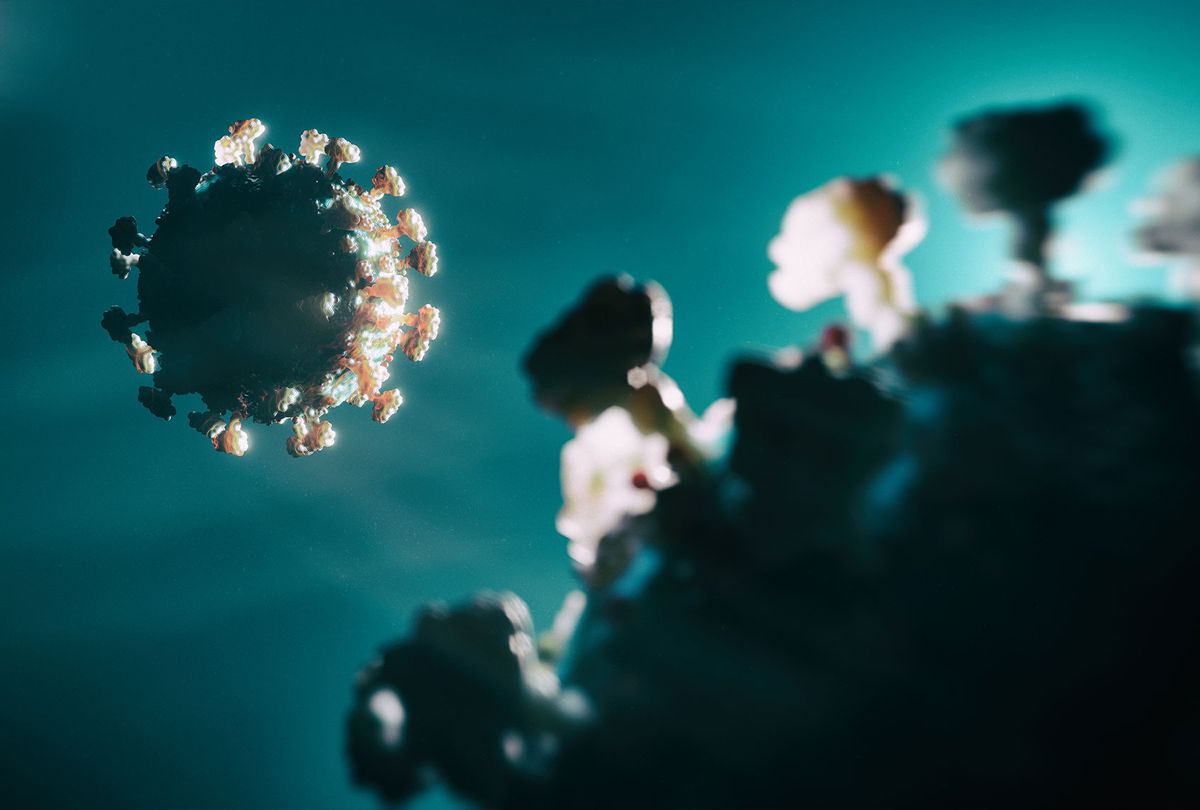 Just when vaccinated Americans began to see a flicker of hope for the resumption of their pre-pandemic lives, the novel coronavirus started to mutate. Now the dominant strain in many countries, the ultra-contagious delta variant has torn through unvaccinated communities — and even infected some vaccinated folks — around the United States. Far from a surprise, this scenario was predicted back in March by CDC Director Dr. Rochelle Walensky, who said then that her colleagues had a sense of "impending doom" for the possibility that mutant variants could sweep America.

Experts also know that the delta variant is unlikely to be the last mutation. Viruses cease mutating for no one; and now, another variant appears to be spreading around the world, one that may be even more resistant to vaccines than delta. It is known as lambda.

People are noticing. Forbes Magazine recently ran a story with the title, "It Is Time To Pay Close Attention To The Lambda Variant Now Devastating South America." On the other side of the equator, a Tulsa, Oklahoma ABC affiliate warned its audience that "New Lambda variant could make Oklahoma's COVID situation worse." Headlines regularly tout studies indicating that the variant could be able to evade vaccines, although the articles themselves always note that vaccinated individuals are much less likely to develop serious illnesses that the unvaccinated.

But while the lambda variant may not be more infectious than delta, it prophesies what the future of the pandemic may look like — and reveals why it is important to educate the public about how mutant strains work. For biological reasons, virus mutations have a tendency to crop up as vaccination rates rise. As vaccination rates increase and SARS-CoV-2 has fewer people to infect, it inevitably evolves in a way that lets it thrive in new, less auspicious environments.

"The virus needs to develop ways to increase its transmissibility as there are less targets to infect," Dr. Jonathan Zenilman, an infectious disease specialist and professor at Johns Hopkins University School of Medicine, wrote to Salon. He noted the regularity with which mutations arise: "We have been seeing a progression of increasingly transmissible variants about every two to three months."

In the case of the lambda variant, health experts' concern is that it appears to resist some of our body's immune responses better than other mutant variants which have emerged. According to Dr. Georges Benjamin, executive director of the American Public Health Association, that, plus its higher infectivity, "puts it on the list of viruses to watch." "Should it mutate in a more favorable form for infectiousness or lethality it could be a real problem," he added. If that happened, scientists would at the very least need to update our vaccines.

At this point, Benjamin emphasized, the delta variant is the priority for now, in part because no one can predict the future of the lambda variant with any accuracy and it has not presently proved itself to be more infectious than delta. In the event that lambda outbreaks happen, we may need to again close schools, businesses and other facilities to protect people.

"We know a lot more about how to use selected closures and I hope we use that knowledge," Benjamin added.

The key to succeeding against lambda and all other variants, each of the experts who spoke with Salon agreed, is to stay on top of them. This means monitoring them through regular and rigorous research — and, particularly, not overreacting, since doing so might send the public the wrong impression about the importance of getting vaccinated.

"Initial studies in the laboratory that have yet to be peer-reviewed suggest that the vaccines in current use will remain protective against the lambda variant," Dr. Russell Medford, Chairman of the Center for Global Health Innovation and Global Health Crisis Coordination Center, told Salon by email. "The same studies also demonstrated that current monoclonal antibody therapy will also remain effective."

Dr. Nadia Roan, an associate professor of urology at the University of California–San Francisco, whose work helps identify signatures of infectious and reproductive diseases in humans, said there are promising signs in the existing data.

"No actual efficacy data available yet, but what's clear thus far from studies in the lab suggest that T cell responses elicited by vaccination remain robust against the viral variants to date," Roan told Salon, referring to the part of the immune system that attacks specific foreign disease-causing particles (also known as pathogens). "I don't expect things to be different for the lambda variant."

The takeaway here is not that vaccines are somehow ineffective — indeed, if you get COVID-19, you are almost certainly likely to become less sick if you are vaccinated — but rather that lambda's very existence is a red flag.

"These laboratory studies do not preclude that as the virus circulates in the population that new variants will arise that are more resistant" to our current vaccines, Medford explained. For that reason, lambda's existence augurs the pandemic's future path.

"We will have to use mitigation measures – vaccines, masks, testing in combination for a while, and this is likely to become a large part of the 'new normal,'" Zenilman predicted. "As Yogi Berra said, 'It aint over till its over.'"