Boosters, or a new vaccine entirely? Here's what researchers and pharma are planning 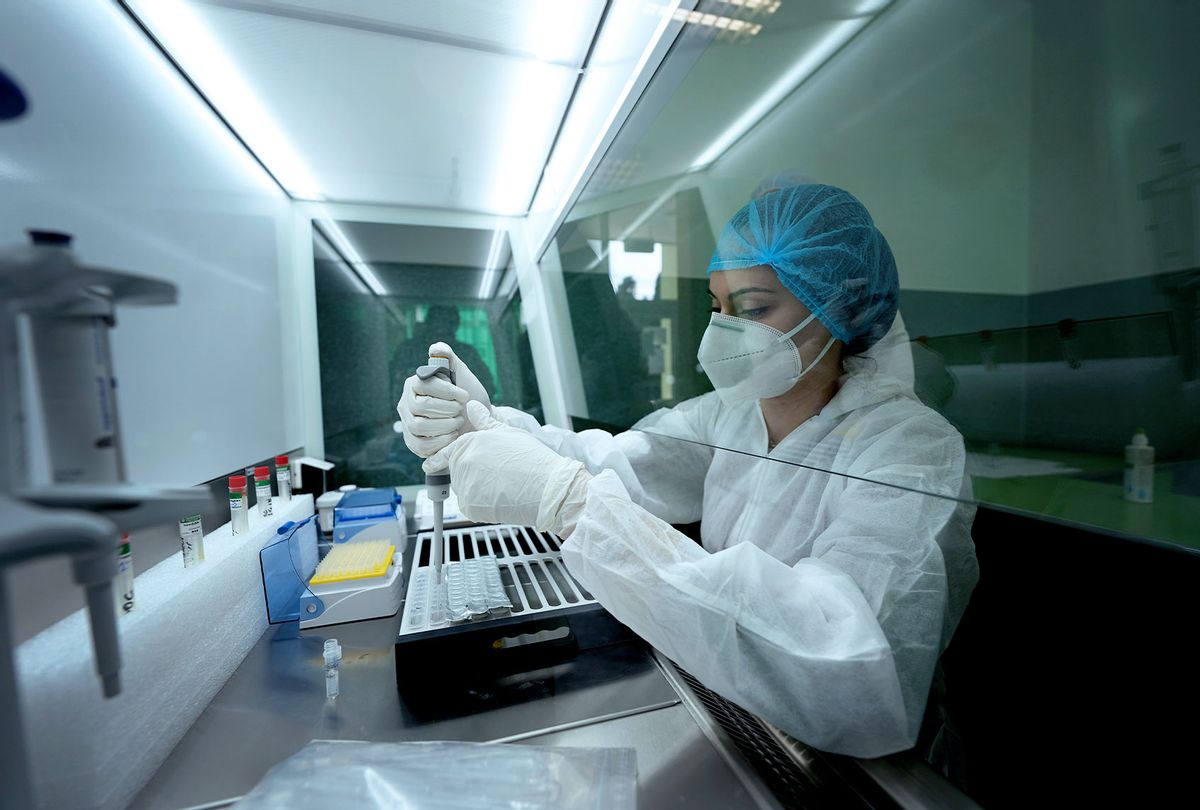 When America shut down in March 2020 due to the COVID-19 pandemic, there was a pervading sense that the situation was probably — or hopefully — temporary. After all, efforts were already underway to develop a vaccine. It was just a matter of time until normalcy would return.

But 17 months later, a return to "normal" is nowhere in sight. Frightening new mutant strains like the delta variant and the lambda variant have emerged, more infectious and possibly more dangerous than their antecedents. Early evidence indicates that, while existing vaccines stop patients from getting severely ill if infected, they do not prevent the infected from transmitting the disease. At the very least, it is theoretically possible that mutant variants could create problems for people who want their inoculations to be effective.

In other words, the vaccines weren't enough. Humanity anxiously awaited development of the first COVID-19 vaccines throughout 2020; now that those vaccines aren't enough to permanently halt COVID-19, it would appear that vaccine manufacturers are pivoting their strategy.

But as to what they have planned, pharmaceutical companies aren't being entirely transparent — or perhaps they aren't sure.

"As SARS-CoV-2 continues to evolve, Pfizer and BioNTech are continuing our work to understand long term immunity, the need for booster shots, and any threat from circulating or new variants of concern to vaccine protection," a Pfizer spokesperson told Salon by email. The company said that the existing body of research and evidence suggests that the circulating variants do not escape their COVID-19 vaccine, adding that they continue to perform clinical trials at various stages for a third dose of their currently two-dose BNT162b2 vaccine, with possibly hopeful results. That vaccine, widely known as the "Pfizer COVID-19 vaccine," is effective in preventing COVID-19; two doses of it significantly strengthens the body's ability to avoid severe disease and hospitalizations.

The company also communicated to Salon that, broadly speaking, they plan on keeping tabs on emerging variants and waning immunity so that they can prepare new products if necessary.

"It is, in part, why we chose a vaccine technology with the flexibility that allows us to both provide boosting doses if needed and to address potential changes in the virus," Pfizer explained.

The biotechnology in question is known as an mRNA vaccine, and it describes the type of inoculation developed by both Pfizer and Moderna (which did not respond to Salon's request for comment). Traditional vaccines work by introducing a weakened or dead pathogen (an organism that causes disease) into the body. The immune system becomes familiar with the pathogens by being exposed to them and, like a soldier participating in war games, learns how to fight a real enemy through training with a facsimile. More specifically, the immune system learns how to recognize antigens (a toxic or foreign substance on an antigen) and produce antibodies to destroy the pathogens associated with them.

mRNA vaccines follow this same principle, but with a twist: They use a synthetic version of RNA, one designed to compliment one of the DNA strands in a gene, and introduce it into the body so cells will produce antigens like those found in a given virus. This has the same effect as traditional vaccine platforms — it helps the body's immune system recognize and fight the pathogen — but can be manufactured quickly and be altered easily as viruses mutate and variants emerge. Despite many advances in biotechnology, it is still complicated and painstaking to manufacture sterile, safe and effective vaccines, so any technology that can shave time off of that process is welcome.

This is why Pfizer identified its use of mRNA vaccines as something that would help them stay on top of future outbreaks.

That said, pharmaceutical giant Johnson & Johnson — which did not develop an mRNA vaccine for COVID-19 but instead has a single-shot traditional vaccine — is also optimistic.

"Evidence from our Phase 3 ENSEMBLE study demonstrates the efficacy of the J&J single-shot COVID-19 vaccine, including against viral variants that are highly prevalent," Johnson & Johnson told Salon, adding that their results have been consistent across geographic and demographic lines.  They also explained that they are aware of emerging variants and monitor them "through our ongoing clinical efficacy trials to determine whether the immune response elicited by our COVID-19 vaccine is capable of having a neutralizing effect."

One major challenge facing vaccine manufacturers is the fact that much of the American public is making their job more difficult. There are millions of anti-vaxxers in the United States, whose motives range from sincere skepticism toward the medical-industrial complex to political spite against Democrats. Biotechnological development alone is not capable of saving us from what has also become a cultural and political crisis.

As the Pfizer spokesperson told Salon, anti-vaxxers made it harder to extricate humanity from the pandemic.

"Every person without immunity provides the virus with an opportunity to spread and continue to mutate and further expose our communities," the spokesperson said. "So, it's important to vaccinate as many people as possible as quickly as possible. Following public health guidance to limit exposure to SARS-CoV-2, such as masking and social distancing, in combination with the continued rollout of immunizations may help us achieve herd immunity and reduce cases of COVID-19."

Sarah E. Cobey, a microbiologist at the University of Chicago who specializes in the coevolution of pathogens and hosts' adaptive immunity, emphasized that public health leaders need to get better at articulating the importance of vaccines to the public.

"I think public health leaders have done a poor job communicating the severe health risks from infection and the near inevitability of infection, including possibly severe infection, in people who do not vaccinate," Cobey told Salon by email. She also described it as "sad" that companies were able to use top-notch technology and up-to-date knowledge to produce a vaccine with remarkable speed, but this was taken as evidence by many that the vaccines were untrustworthy.

"I wish basic science education were strong enough in the United States that the vaccines were not met with such distrust, and SARS-CoV-2 was not met with such romanticism about 'natural' pathogen exposures," Cobey added. "It's a horrible virus."

In the long run, some suspect COVID-19 will be like the flu — a disease that ripples through the population and mutates yearly, periodically taking lives; but which can be relatively contained by booster shots which allow inoculations to keep up with mutant strains. Indeed, some states and cities already allow certain citizens to get boosters, although these are not new vaccines but rather additional doses of the existing ones.

Either way, the most probable scenario is that boosters will be the anti-COVID wave of the future — that is, how we will cope with the physical toll of the pandemic.

"All of the current vaccines were developed with the original strain from China, the original parent strain that started the outbreak with the emergence of variants," Dr. Jonathan Zenilman, an infectious disease specialist and professor at Johns Hopkins University School of Medicine who was involved in data and safety monitoring for one of the major vaccine projects, told Salon. "Can you develop boosters to do that? And the answer is absolutely yes. The RNA technologies especially are very flexible and agile."

Psychologically, once we move past the phase of constant lockdowns and rising death counts, there will be persistent trauma as our culture attempts to cope with the terrible tragedies and drastic lifestyle changes that were forced on us after March 2020. Fixing those problems will prove to be another matter entirely, and just one more example of how the COVID-19 pandemic has transformed all of our lives.