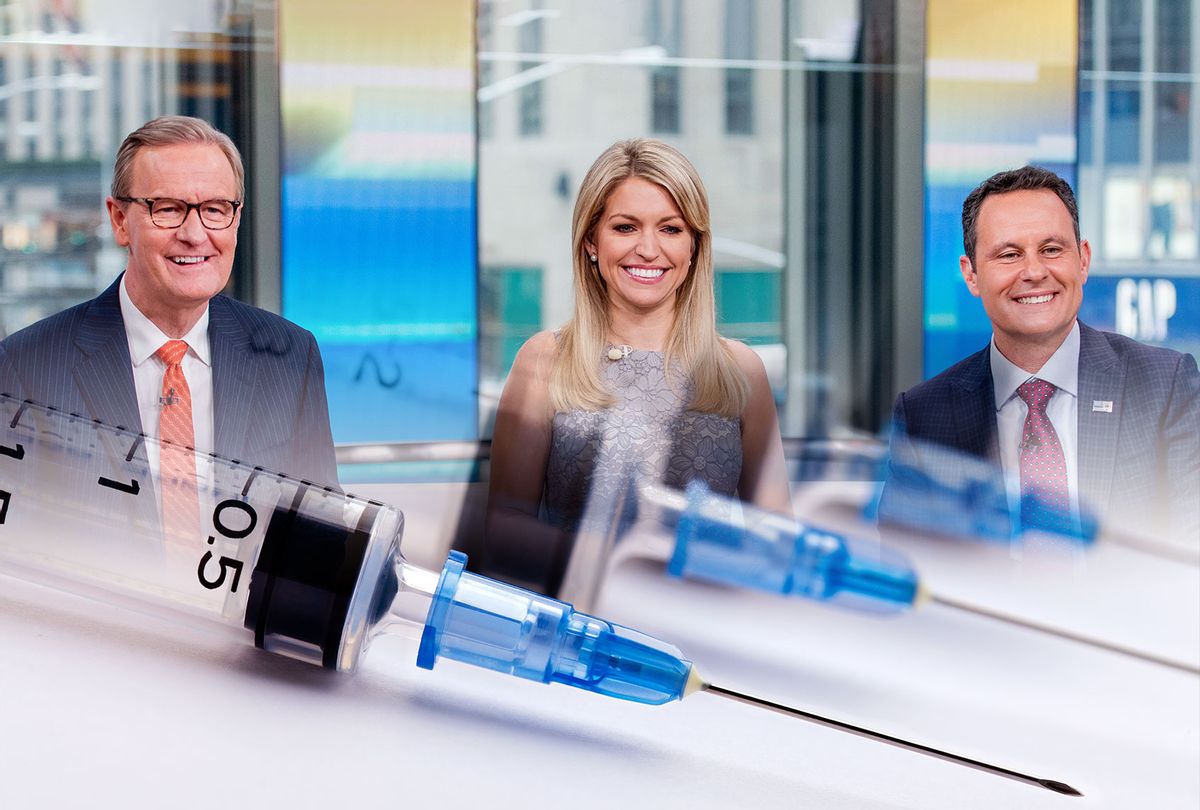 Fox News – whose guests and hosts have for months railed against vaccine mandates and sowed doubt over the importance of public health precautions – has issued an update to its COVID protocols requiring all of its employees to disclose their vaccination status.

According to an internal memo first obtained by Adweek, the network is asking all of its employees to submit their vaccination status through its HR system "Workday," citing the need "for space planning and contact tracing purposes in conjunction with DCD/state city health and safety guidelines."

"All employees must enter their status no later than today, August 17th, by close of business," Fox News Media chief executive Suzanne Scott wrote in a memo. The company, she added, is also "requiring employees to wear a mask in small, confined spaces with limited opportunities for social distancing and where there are multiple employees, including control rooms."

The memo further notes that masks are optional for vaccinated employees, though they are nevertheless "strongly encouraged in public areas throughout the building."

Back in June, Fox News had told its employees that declaring themselves vaccinated would earn them a "FOX Clearpass," Newsweek noted, which reportedly allows staffers to work without a mask or social distancing. Unvaccinated staffers, meanwhile, had to undergo a "WorkCare Daily Screen."

The revelation sheds light on the apparently wide rift between the conservative channel's internal policies and the rhetoric of its most strident personalities.

Over the past several months, Fox News has repeatedly castigated "vaccine passports" – which allow Americans access into certain businesses and events on the basis of their vaccination status – as a step toward American authoritarianism.

Tucker Carlson, perhaps the network's premier purveyor of vaccine skepticism, once claimed that asking for someone's vaccination status is a "super vulgar personal question," likening it to asking what someone's favorite sex position is.

"As for forcing children to wear masks outside, that should be illegal," he said in an April broadcast. "Your response when you see children wearing masks as they play should be no different from your response to seeing someone beat a kid in Walmart. Call the police immediately, contact child protective services. Keep calling until someone arrives. "What you're looking at is abuse, it's child abuse, and you are morally obligated to attempt to prevent it."

By late July, however, a number of Fox hosts had done a slight about-face on vaccines following a White House report that the Biden administration had reached out to the channel asking it to tone down its rhetoric.