The series, starring Beanie Feldstein as Lewinsky, examines the scandal from the point of view of the women 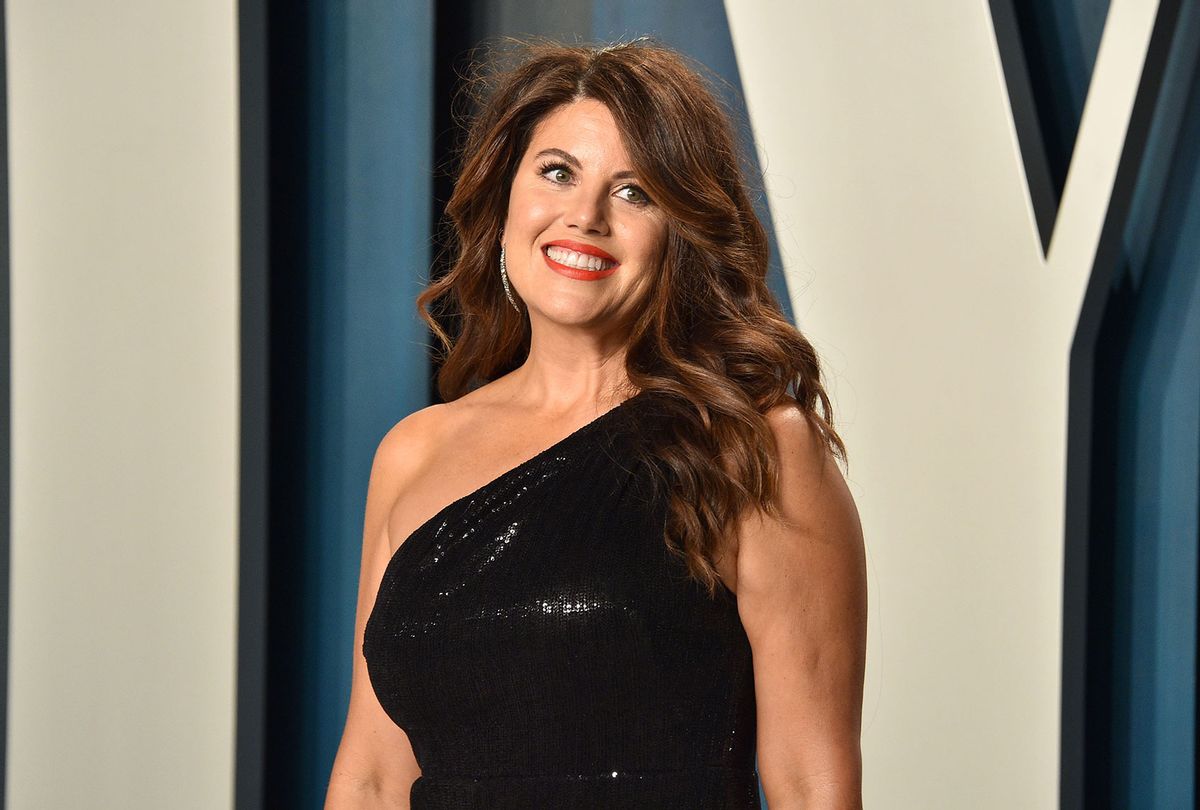 Jeffrey Toobin may have landed a gig on CNN after his Zoom incident, but not everyone is as eager to be associated with him anymore.

As FX's "American Crime Story" returns for its third season, which centers on the 1998 impeachment of former President BIll Clinton, a looming question has hung in the air over Toobin's involvement in the production. "Impeachment: American Crime Story" is based on his book, "A Vast Conspiracy: The Real Story of the Sex Scandal That Nearly Brought Down a President," which the network optioned back in 2017. At that time, it was announced Toobin would act as a consultant, and play a similar role to his work with "American Crime Story" from its acclaimed first season, "The People v. O. J. Simpson," also based on one of his books.

On a virtual panel before the Television Critics Association (TCA) on Friday, "Impeachment" executive producer Brad Simpson offered little detail of Toobin's role or the timeline of his departure. "We optioned back in 2017, as one of the sources for the show," Simpson told reporters. "We'd just come off 'The People vs. OJ Simpson' and had a great relationship with [Toobin]."

Simpson seemed to confirm that Toobin had been replaced as the "main consultant in terms of outside consultants this season" by none other than Monica Lewinsky herself, whose character is the star of the season (played by Beanie Feldstein), and who was closer to the scandal than anyone else save President Clinton himself.

"When [Lewinsky] became involved, as someone who was there for all of this, we relied on her for specificity, veracity, and the many, many books and documentaries and grand jury testimonies that were written and processed about this," Simpson said.

Even if Toobin is being steadily reintegrated into American media and society, his presence on a show about sexual misconduct and abuse of power would have been uncomfortable, to say the least. His replacement with Lewinsky isn't just appropriate, and according to the cast and writers of "Impeachment," incredibly helpful — it's also arguably a microcosm of the greater changes we're beginning to see in gender and power in society, and the entertainment industry.

In contrast, Lewinsky has been on quite a journey over the last two decades, going from one of the most bullied and isolated people in the country as just a young woman, to becoming a vocal writer, anti-bullying advocate and outspoken social media personality. "Impeachment" will present a dramatized portrayal of her story as a White House intern who found herself involved in an extramarital affair with President Clinton in the 1990s. The affair was subsequently exposed to the world, and weaponized by the right-wing to impeach the president by getting him to lie about not having the affair.

We know today, of course, that Clinton wasn't removed from office, and he was able to walk away from the scandal relatively unscathed, only recently facing questions about the affair in the modern era. On the other hand, the affair has followed Lewinsky all her life.

Nina Jacobsen, another executive producer on the project, conceded to reporters that having someone so close to the events being portrayed be involved in the show "was a first for us," but justified this decision as critical to being true to history — and righting historical wrongs against Lewinsky.

"Monica is a woman whose voice — she did not have any voice during this entire, overwhelming series of events, and she was literally muzzled by Ken Starr, by her own lawyer," Jacobsen told reporters on the panel. "She could not speak, she's told you can't even talk to your friends because they could be subpoenaed. So to have been silenced and really culturally banished for 20 years, there was no way we could make the show and not give her a voice. It would have felt utterly wrong." 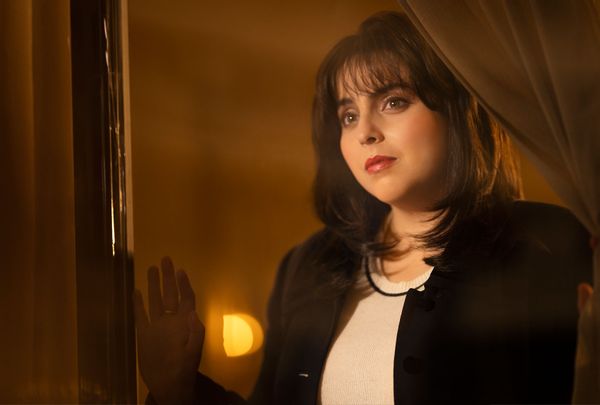 The producers, writers and cast of "Impeachment" all spoke highly of Lewinsky's extensive involvement with the show. Sarah Burgess, an executive producer and writer of the show, recalled sharing every page with Lewinsky. "I did my first draft based closely on Monica Lewinsky's memoir, and then I went through every page of it with Monica, and she and I spoke privately," Burgess said. She also added "a couple moments Monica told [her] about," and worked closely with Lewinsky to make these scenes "as accurate as possible."

Despite Lewinsky's significant role on the project, Simpson clarified that Lewinsky's input was focused specifically on her character and her experiences. "Monica was really respectful of the process," he said. "This is Monica's story but this is also an 'American Crime Story,' we're showing a tapestry of characters. . . . It's not like [Lewinsky] was having a heavy hand in other people's storylines — she gave us regular producer notes on those."

Lewinsky also worked closely with Beanie Feldstein, the young actor who portrays her. Feldstein called the relationship "more of a friendship than working relationship." They met once in person just before the COVID-19 pandemic erupted around the world, and continued their close contact through texting, calling and frequently sharing videos with each other, Feldstein recalled.

"She was really giving with me, in that she'd answer anything I had questions about, but it was easier and more useful for me to be around her spirit," Feldstein told reporters. She continued, "I made it very clear to her when we started filming that I saw myself as her bodyguard, I was like, 'I'm putting my body in for you, I'm going to protect you. I have your back, I have your heart ,and that's my job.' We had a complete trust in one another, and it became more of a friendship."

Feldstein, who was only five years old during the scandal, says it helped that she was so young at the time and was a "blank slate" without preconceived opinions about Lewinsky, who was arguably subject to the first big online bullying campaign and was widely despised at the time.

Of course, Feldstein isn't the only young woman who either wasn't born yet or was too young to know what was going on in 1998, and is now a supporter of Lewinsky. Simpson told reporters that at a recent "Impeachment" event in New York, several teenagers "lined up to meet Monica Lewinsky."

"She represents something very different to them," Simpson said. "The things she speaks out about, her platform, as the first person who was publicly shamed by the internet. I think there is a generational divide."

With its modern lenses and direct input from Lewinsky herself, "Impeachment" promises to bring a new, refreshingly nuanced spin on one of the greatest scandals in American political history — and one that will likely be more resonant for women and young people shaped by the revelations and shifts in power recently yielded by the #MeToo movement.