Rep. Mo Brooks tells Trump rally to "look forward" from 2020 election: This does not go well

Alabama Republican offers unsolicited advice on 2020: "Folks, put that behind you!" Trump crowd is not happy 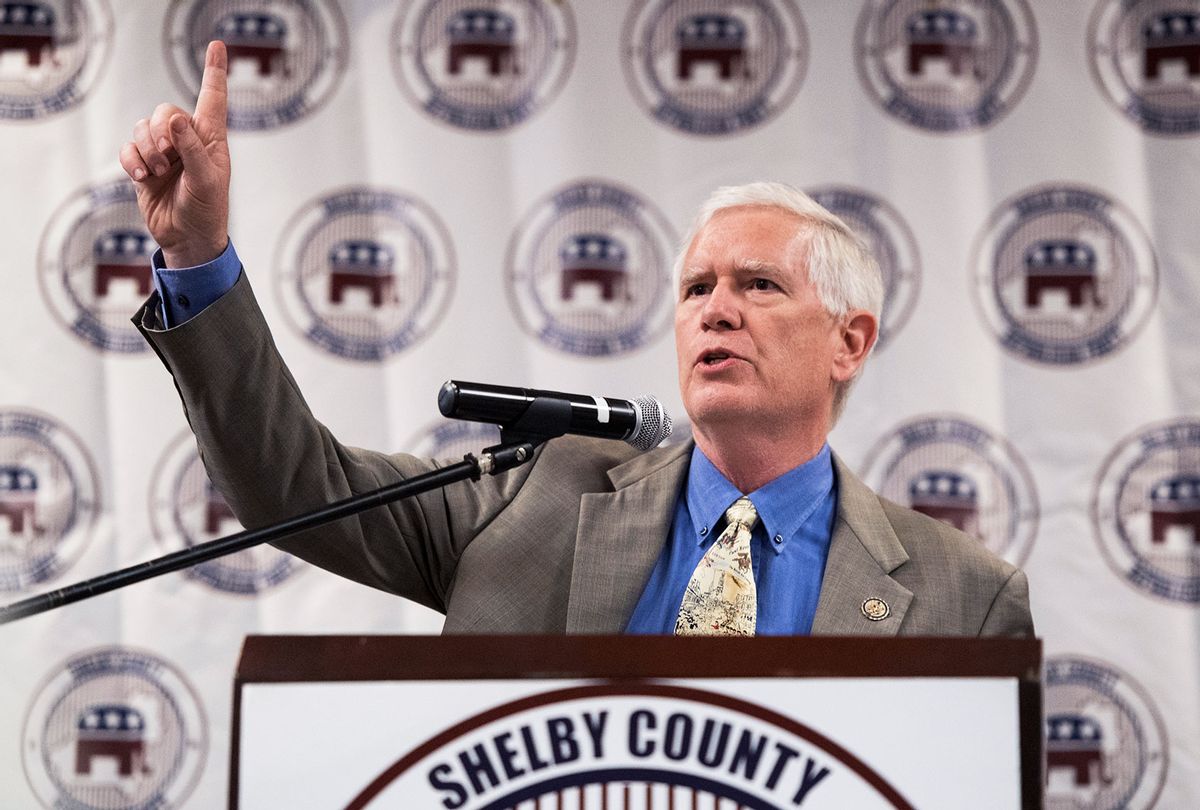 Rep. Mo Brooks, R-Ala., is a hardcore Donald Trump loyalist and alleged architect of the "Stop the Steal" movement, which led to the Jan. 6 insurrection. That didn't prevent him from being the target of ire on Saturday night at a Trump rally in Cullman, Alabama, after encouraging the crowd to move on from the 2020 election.

Brooks was in the process of introducing Trump himself — who may or may not be planning to run again in 2024, and claims it's "illegal" for him to make that clear (it's not) — when the congressman suddenly wandered into dangerous terrain.

"Now, our choices are very simple," Brooks said from the stage. "There are some people who are despondent about the voter fraud and election theft in 2020. Folks, put that behind you. Put that behind you!"

As noted by Tuscaloosa Patch editor Ryan Phillips, who was present at the rally, the crowd did not respond kindly to the unsolicited advice.

With more and more boos cascading from the pro-Trump crowd, Brooks continued urging attendees to look ahead. "Yes! Look forward!" he exclaimed, trying to avoid being shouted down. "Beat them in 2022! Beat them in 2024!"

Finally, Brooks threw his hands in the air and appeared to capitulate. "All right, well, look back at it, but go forward and take advantage of it!"

Right-wing media quickly expressed the required dismay atBrooks' remarks, making clear he had crossed a line with the Trump faithful. "Mo Brooks learns his lesson," the right-wing news aggregator Citizen Free Press declared. Breitbart News took a different route, highlighting the fact that Brooks faces a primary challenge from a GOP opponent even further right than he is (which is challenging to imagine). But as former Trump adviser Steve Bannon says daily on his "War Room: Pandemic" podcast, getting "to the bottom" of what happened on Election Day in 2020 is a high priority for many in TrumpWorld. To state the obvious, "Trump lost" is not an adequate answer.

While many pro-Trump pundits ripped Brooks, Rep. Marjorie Taylor Greene, R-Ga., defended her congressional ally on Bannon's show Monday, stating that while Brooks "did mess up in his speech ... he was the very first member of Congress to say he was going to object to Joe Biden's Electoral College votes."

"Do not judge [Brooks] on that speech," Greene advised.