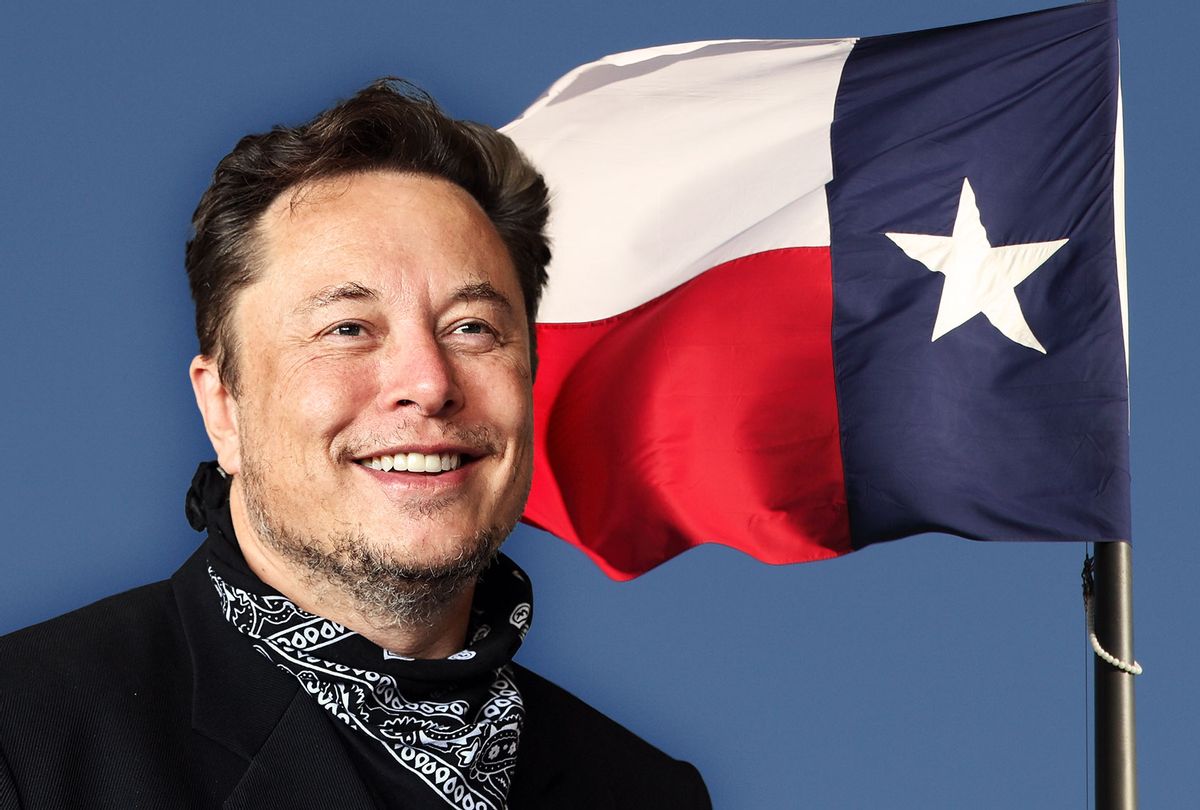 Elon Musk is leaning into the hardline right-wing policies of his new home state — or at least that's what Texas Gov. Greg Abbott (R) says.

On the same day that a controversial near-total abortion ban took effect in the state, Abbott drew on support from Musk for Texas' "social policies" to make the point that he did not expect a backlash from the business community over the law.

"We continue to see a massive influx of these employers coming to the state of Texas because — candidly — not only do they like the business environment . . . You need to understand that there are a lot of businesses and a lot of Americans who like the social positions that the state of Texas is taking," Abbott said during a Thursday interview with CNBC.

Rather than disagree, the Tesla CEO responded on Twitter by simply saying, "I would prefer to stay out of politics."

"In general, I believe government should rarely impose its will upon the people, and, when doing so, should aspire to maximize their cumulative happiness," Musk added.

Despite Musk's statement, the high-profile businessman hasn't exactly been silent on issues of politics as of late.

Tesla sued California's Alameda County in May of last year after it enacted a shelter-in-place rule that was intended to combat rising COVID-19 caseloads and stave off the total collapse of an already strained healthcare system.

Musk later cited the incident as the "last straw," which ultimately forced him to move out of the Golden State.

On the foreign policy front, Musk made sure to tweet "we will coup whoever we want" after a left-wing party took power in Bolivia last October. His comments sparked fierce backlash online.

The controversial CEO has largely stayed mum on the issue of taxes, though his move to Texas could potentially save him billions because the state has neither capital gains nor income taxes.

Not that it would matter much, apparently. A bombshell expose released by ProPublica earlier this year revealed that Musk paid less than $70,000 in federal income taxes between 2015-2017 and exactly $0 in 2018  — putting him at an astronomically lower tax rate than the average American, regardless of income level.

Musk accomplishes this through an arrangement in which he foregoes his salary as Tesla CEO and lives off loans taken out against his massive equity in the company.

He also appears to be embracing the "social policies" of his new home state just as Tesla attempts to corner the market on electric trucks.

Pickups are the No. 1 bestselling vehicle type in America, and Tesla's brand-new cybertruck has the potential to be a huge moneymaker for the company if it can capture even a small chunk of the market for truck buyers. It's no coincidence that Musk is embracing Texas, either, given that more than one out of every six pickups sold in the U.S. is bought there.

It appears that Musk's canny marketing for the vehicles might be working, too. Reports suggest that Tesla has received more than 1 million preorders for its cybertruck.

Production was originally slated to start this year, though it was ultimately pushed back to 2022 last month.