"Where is Trump?" Former president notably absent from 9/11 events

"Where is Trump? Where he has always been in the moments adult leadership has been needed: nonexistent" 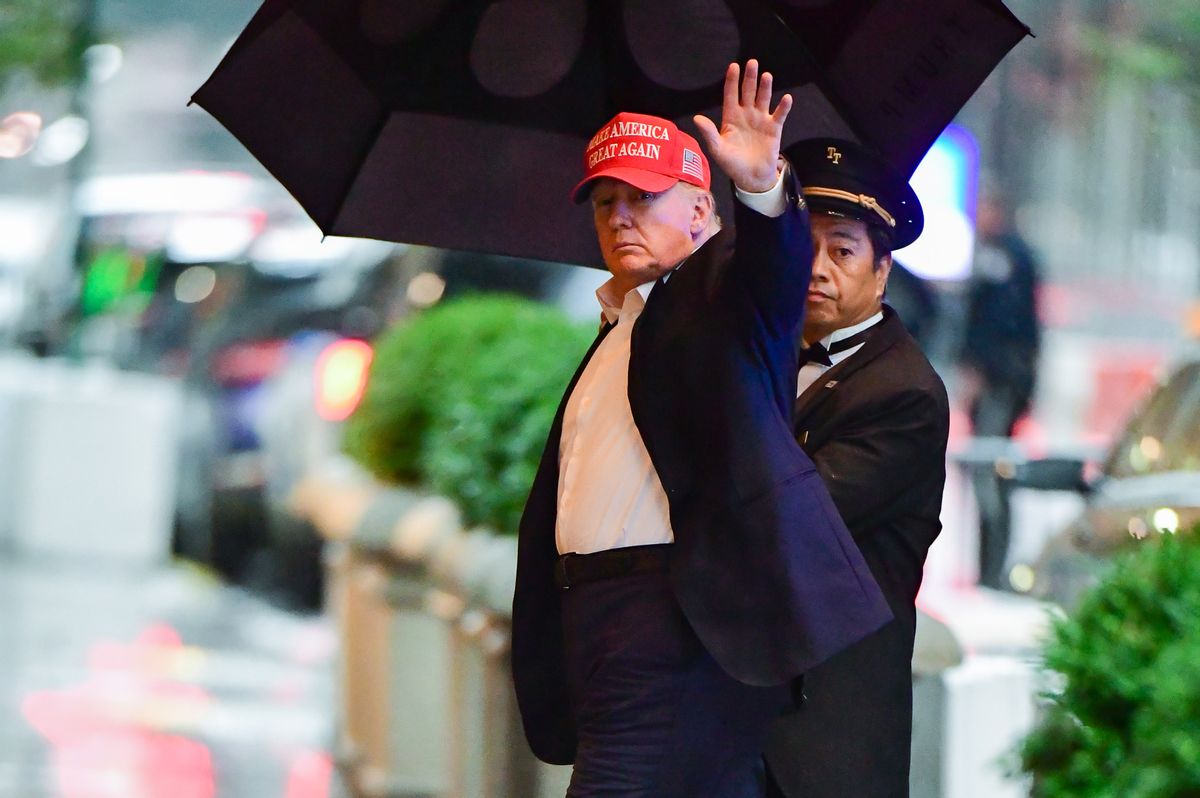 Three Democratic Presidents — Bill Clinton, Barack Obama and Joe Biden — were all in attendance at a 9/11 service in lower Manhattan Saturday for the 20th anniversary of the terror attacks, which killed nearly 3,000 Americans.

Meanwhile, George W. Bush, a Republican, was in Shanksville, Pennsylvania, giving a speech near the spot where United Airlines Flight 93 crashed that day after passengers overwhelmed several al Qaeda hijackers who had taken control of the plane.

Former President Donald Trump, however, was nowhere to be seen at any of these memorials Saturday. "Where's Trump on 9/11?" a New York Times headline read. "Not at Ground Zero."

"He had the option to attend but decided to honor the day with different stops," his spokeswoman Liz Harrington said.

Instead, he released a video statement praising New York City's "brave" first responders — while also blasting Biden's decision to end the 20-year war in Afghanistan, which started shortly after 9/11. Later, he traveled several blocks from his Trump Tower home to make a surprise appearance at a fire station and police precinct.

He used the photo-op to again criticize Biden for his handling of Afghanistan, and hint at his 2024 ambitions.

He told the first responders his re-election plan "was an easy decision that would make them happy," according to the Associated Press, while also joking with officers, "If I catch COVID it's because of you."

Trump's absence at any organized 9/11 events was not lost on his many critics, who blasted the former commander-in-chief for skipping the somber ceremonies that have become a hallmark of post-presidential life for every other former resident of the White House.

"Where is Trump? Where he has always been in the moments adult leadership has been needed: nonexistent," author John Pavlovitz added.

Following his surprise FDNY/NYPD photo-op, Trump will travel to Florida to host a primetime boxing match with "no holds barred commentary" alongside his son, Donald Trump Jr. Evander Holyfield and Vitor Belfort are slated for the main card.