As the beloved sitcom celebrates its 25th anniversary, revisiting the series shows the pain in its very premise 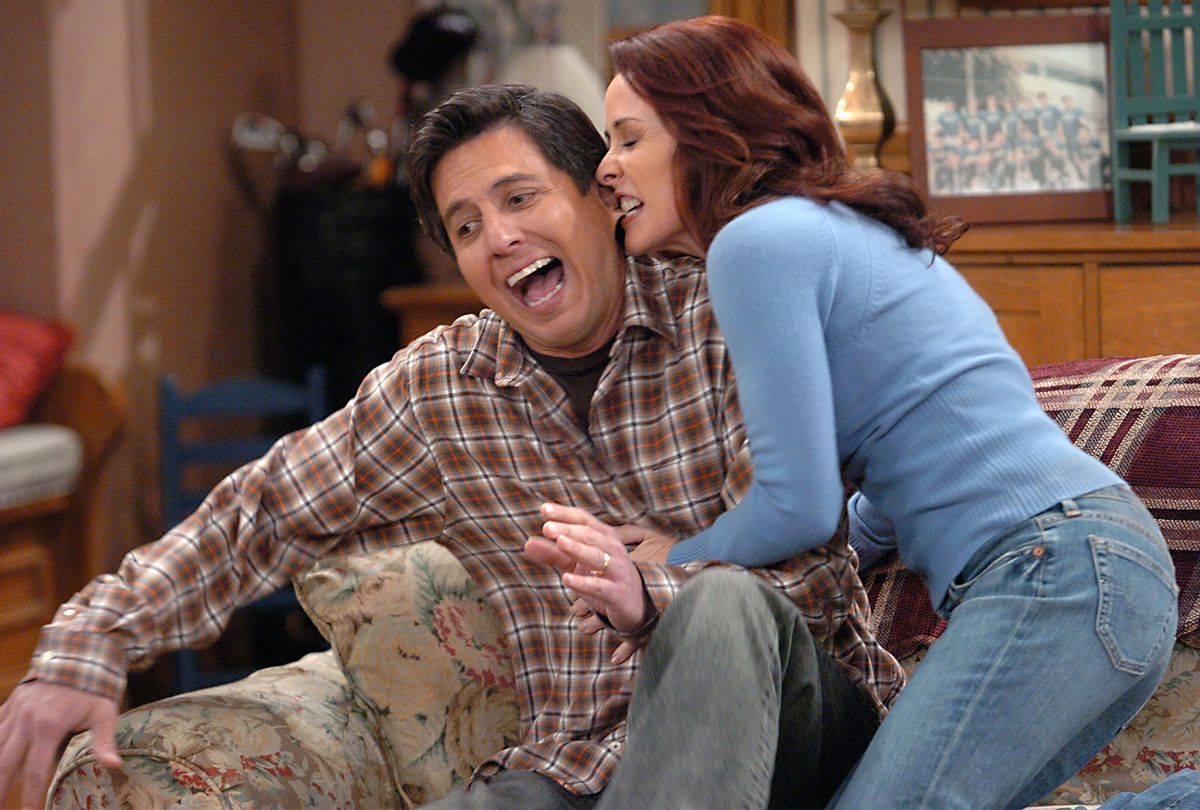 Most people watch "Everyone Loves Raymond" and smile. As I binged the beloved sitcom in anticipation of its 25th anniversary on Sept. 13, I cried.

Over the course of nine seasons, studio audiences laughed, while I watched the patterns of my highly dysfunctional family being played out scene by scene.

In one episode, Ray Barone (Ray Romano) and his brother Robert (Brad Garrett) argue in the back of a car on their way to play golf. The grown men punch, push and hurl insults like children.

"It's like you said: Mom loves me more," Ray says.

"She can love you all you want because I love her more than you do," Robert retorts. "You take her for granted. I cherish every ounce of affection that woman gives me because I have to fight for it like a dirty dog on the street."

Well said, Robert, I thought, as tears welled, watching the essence of my upbringing play out onscreen.

Parental favoritism, also known as parental differential treatment occurs when one or both parents consistently favor one child over another.

All parents have a favorite child, Psychologist Ellen Weber Libby, author of "The Favorite Child: How A Favorite Impacts Families for Life," argues, because they are human, and humans have preferences. Parents may love their children equally, but when children perceive consistent unbalanced treatment, heightened sibling rivalry and emotional damage often follow. Libby says favored children often feel entitled and later struggle as adults because they no longer feel special. A non-favored child can suffer low self-esteem and experience depression. I certainly have.

For most of my life, as I watched my parents shower my brother with love and favor, I asked myself, "Why aren't I good enough? How come my parents love me less?"

Like Robert, I was labeled the black sheep of the family. Ray and my brother were granted golden boy status. As a result, Robert and I were stuck in the quagmire that is sibling rivalry, always striving to earn parental love and attention.

Sportswriter Ray lives with his wife Debra (Patricia Heaton) and their three children across the street from his parents. Unmarried, Robert still lives with his parents. In one episode, Ray and Robert argue because Robert was promoted to police lieutenant, while a publisher turned down Ray's book. They slug it out on their parents' plastic-covered sofa and rug, making a huge mess.

Afterward, they nurse the wounds on their middle-aged bodies. Ray says, "We have to stop this. Debra's right. This competition, it's stupid. And your feet stink."

"Why are we like this? Where does this come from?" Robert asks.

On cue, their mother Marie (Doris Roberts) walks in with a broom and duster to sweep up the broken lamp and other debris. Recognizing the irony, the studio audience laughs.

Sadly, the emotional fallout from parental favoritism isn't easily swept away, nor is it funny to me. A child conferred non-favored status notices every slight — real or perceived. I did.

Growing up in suburban Detroit in the 1960s and 1970s, my brother and I would eagerly wait on the floor of our green-carpeted family room for our dad to return from a business trip. He would produce a model airplane or a miniature Eiffel Tower for my brother. From dozens of business trips over the years, he gave me one gift: a cloisonné Japanese compact, an odd gift for a 10-year-old. My mother quickly absconded with it, declaring it a perfect regift. It became clear to me later that the compact was a token my father received from a Japanese businessperson. It was painful to realize he had not chosen it for me.

For as long as I lived at home, I would smile and greet my father expectantly at the door when he came home, just like a dog. I hoped he would ask me how my day went, simply acknowledge my existence. He rarely gave me so much as a smile.

There are many photos of my father and brother smiling together. In some, my brother wears a cowboy outfit or space suit, costumes that were purchased especially for the photos. In others, our dad cradles my brother in his arms, their faces inches apart as they gaze at a star atop a Christmas tree. I took many of these photos. In later years, my brother would invite me to be in the photos. Not a single Christmas photo exists of my father and me alone.

On my first day of high school, my mother declared, "We won't pay for your college because we need to save for your brother's medical school." My brother was only a high school junior, but my parents were already hell-bent on supporting him financially and emotionally to become a doctor. I threw myself into my studies, determined and desperate to earn an academic scholarship so that I could live on a college campus. After missing out on football games and dances throughout high school, I finally attended a graduation party. I could finally breathe because I graduated as valedictorian of my class and would soon attend a work-study college where I earned enough money to pay tuition, room and board.

Initially, I thought my parents favored my brother because they subscribed to traditional Chinese beliefs that boys were more valuable than girls. They believed their son would carry on the family name, take care of them in their old age — like all good Chinese sons. This cultural preference for boys resulted in millions of Chinese female infants being aborted, killed or discarded when the country's One-Child policy was in effect from 1980-2016.

Yet, I didn't see other Chinese-American parents relegating their daughters to a lower rung.

Parental favoritism sometimes arises because one child is easy or displays traits and interests that a parent identifies positively with.

In the TV show, Marie personifies this because she thought she was more cultured than her husband Frank (Peter Boyle) and encouraged Ray to apply his artistic talents to writing fiction.

Sadly, Marie and my parents never recognized or admitted they treated their children unequally.

My parents are both dead. I cried at their funerals, mourning the relationships we didn't have. Through therapy, I realized that my father losing his father when he was a child propelled him to shower my brother with love and affection. There simply wasn't enough love left for me. As a result, I've been a classic overachiever, driven to succeed at whatever I set my sights on. I was hungry for validation — from my parents, from anyone.

Finally, in my 40s, my husband and I were in the throes of raising three children. I made the decision to give up on my parents — to save my own family. I simply didn't have the emotional bandwidth (or energy) to vie for their affection. Interactions with my parents were kept to a minimum.

Fortunately, my brother and I have a close, loving relationship. Looking back, I realize it wasn't a bed of roses for him. Until my father died, my brother was the peacemaker, driving home from college and medical school many times to stop horrific battles that at times became physical. He also shouldered the burden of knowing that our parents' hopes and dreams rested on him.

My brother and his wife took care of my parents in their old age. For that, I am grateful.

Recently, I sat with two of my adult children as we ate dinner around our kitchen table. They were leaving for their respective universities. My daughter said, "You and Dad never treated one of us better than the other like your family did."

I let out a long-held breath, smiling at this affirmation that we did not repeat my parents' favoritism practices.

In the "Everybody Loves Raymond," series finale, there's a perfect picture of the Barone family gathered around Ray and Debra's kitchen table, smiling as if love conquers all. Parental favoritism doesn't seem to matter.

Believe me, it does. Parental favoritism can ruin a true family picture.

Yvonne Liu is a freelance writer in Los Angeles. She is currently writing a memoir about mental health, childhood trauma and adoption. Her writing has been featured in the New York Times, Hobart and elsewhere.