A spiced, no-bake chocolate "salami" that's been around the world

An easy end-of-summer treat to satisfy your sweet tooth 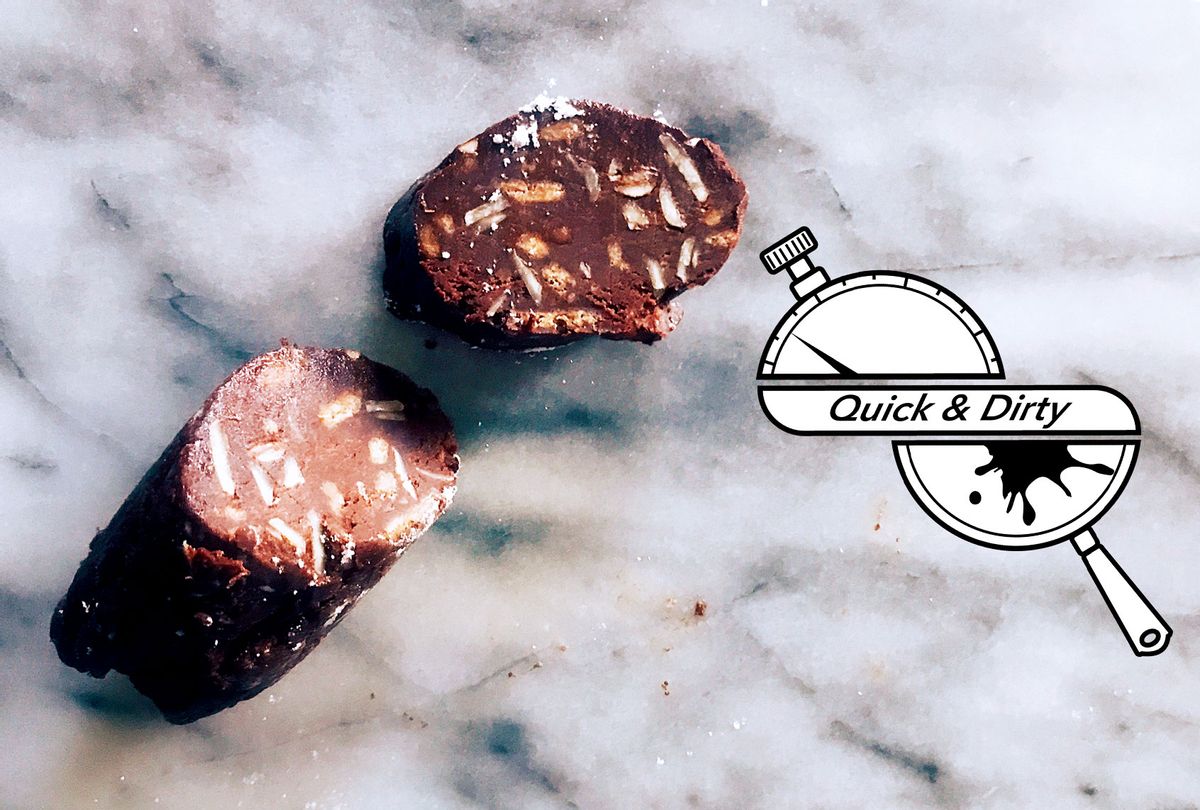 I love how food brings us together in a global, generational game of telephone. A recipe is passed on, and it changes in the interpretation. It reflects a little of the person who told the story first, and the one who told it most recently. Think of all the ways in which the beloved dumpling appears on different tables across the world. Think of the regional incarnations of barbecue. Think of the chocolate salami.

I first met it as fridge cake, a hauntingly delicious Anglo-Irish confection made with chocolate, digestive biscuits and golden syrup. I next encountered it a few years ago on a trip to Sicily, where the biscuits had been transformed into biscotti and the cake had been rolled into a log to resemble uh, meat. Since then, I have seen Russian chocolate salami and Portuguese chocolate salami versions, always described as a "traditional" recipe of its country. And I discovered it anew after chatting earlier this summer with Leetal Arazi of the NY Shuk spice company.

Israeli-born Arazi says that "The chocolate salami is something we would eat as kids growing up." She puts a new spin on the dessert by incorporating her blend of kafe hawaij into the recipe. "It has cardamon and cinnamon, all these warm spices," she explains. "It's is traditionally used in coffee, but I started baking with it. It works so well. There's nothing not to like in it. I just love the combo of that spice with chocolate. I think it's divine." She is correct.

Arazi makes her chocolate salami with supermarket butter cookies and pistachio. For my version, I use sliced roasted almonds because that's what I happen to have on hand, and ramp up the spice quotient even more with Swedish ginger thins. It's an addictive dessert that would be at home nearly anywhere on earth, because it already is. Best of all, you don't need to turn on your oven to make it, and as Arazi says, "It's literally ten minutes to put together. For me, that's a winner."