A proposal to plant a trillion trees to save us from climate change may not be realistic. Here's why 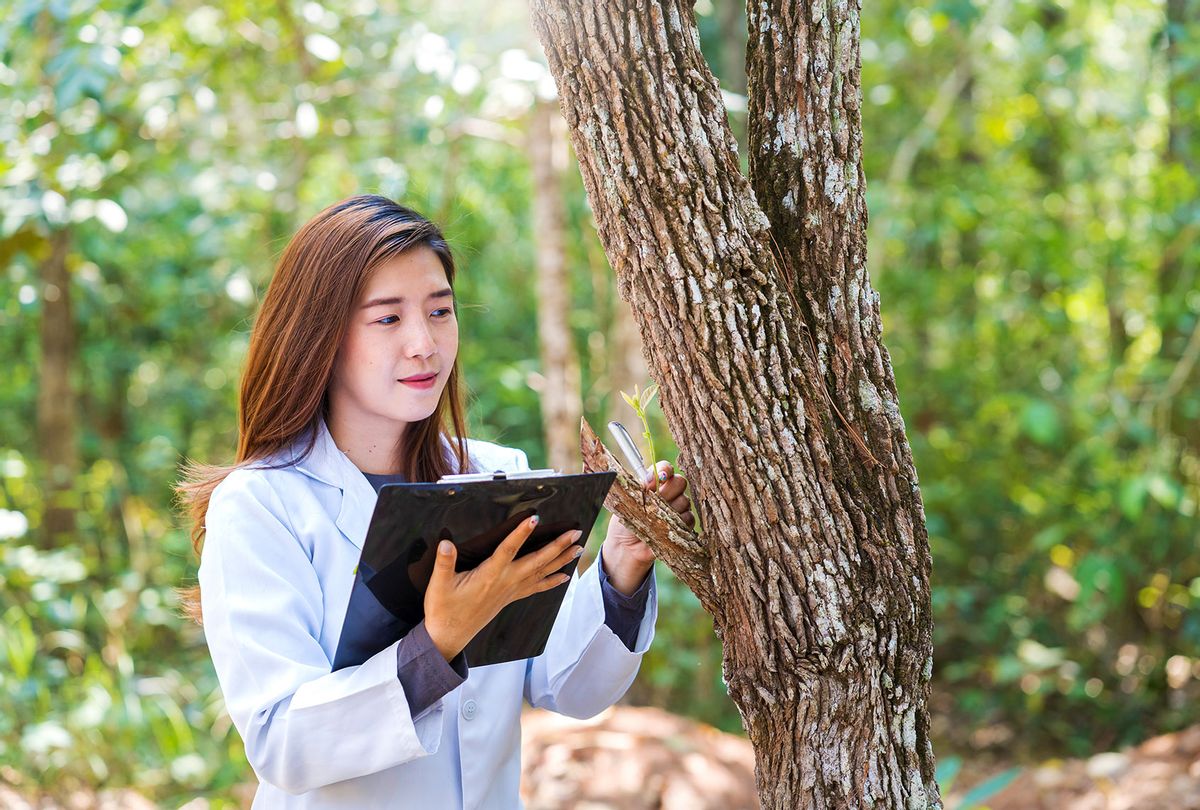 During his 2020 State of the Union address, President Donald Trump — whose presidency had yet to be derailed by the COVID-19 pandemic — tried to pass himself off as an environmentalist by throwing his weight behind the One Trillion Trees Initiative. The soon-to-be-former president described it as "an ambitious effort to bring together government and private sector to plant new trees in America and all around the world."

Unlike many Trump initiatives, this one was well-received on both sides of the aisle. A few months later, a bipartisan bill was introduced for the purpose of "reducing carbon in the atmosphere by restoring and conserving forests, grasslands, wetlands, and coastal habitats."

The logic of the bill seems obvious: The planet is warming because industrial civilization pumps greenhouse gases into the atmosphere. Trees soak up one of those gases, carbon dioxide.

Such a climate change "fix" is attractive perhaps because of its simplicity. Unlike technologically intensive proposals, like geoengineering or building industrial carbon removal facilities that suck carbon dioxide from the air, planting trees is an elegant solution. Unlike the aforementioned, it is not technologically or technically intensive.

Unfortunately, the solution to halting climate change may not be quite so simple.

John Lotspeich is the executive director of Trillion Trees, an organization whose stated mission is "to end deforestation and restore tree cover." Based on the title, you might think that Trillion Trees believes planting a trillion trees alone could do the trick and solve the problem of climate change. Yet although having more trees will likely help, the problem of global warming is not that simple, even though Trillion Trees does indeed aim to protect or restore a trillion trees on the planet by 2050.

"Essentially the mission of Trillion Trees is to not just prevent the destruction of our current forests, but to increase forest cover on the planet," Lotspeich told Salon. He said that Trillion Trees believes "that it's important to get as close to forests being able to provide the benefits of what was there before, as we possibly can."

"As conservation organizations we're concerned about not just the climate benefits of forests, but the equity around communities that work and live in the forest, as well as the rich biodiversity they provide," he added. He also noted that the genesis of the global vision around a 'trillion trees'  is generally taken from a 2019 paper in the journal Science which proposed that global ecosystems could support another 0.9 billion hectares of continuous forest and that they would have the potential to store an equivalent of 25% of the current atmospheric carbon pool.

This speaks to a very important point about environmentalism — the need to recognize that even plans which could help fix global warming should not be reduced strictly to carbon budgeting. Trees are vital to our planet's health, improving the quality of our air and providing homes for millions of species of plants and animals. No serious environmentalist would argue that we shouldn't do more to conserve our forests.

Still, it is important to be realistic about what the specific act of planting trees can accomplish in terms of global warming.

"The really important question to ask is how many trees can be grown to maturity," Stanford University climate scientist Chris Field told Salon by email. "Planting billions of seedlings is easy. Caring for those tress as they grow, confront droughts, insects, wildfires, and logging is much more challenging." He stressed that trees can take decades or longer to fully realize their capacity to remove carbon from the atmosphere. What's more, because trees' ability to store carbon depends on the amount of area covered by trees, it would require an absurd amount of land to plant enough trees to solve global warming.

Anna Trugman, an assistant professor in the Department of Geography at the University of California–Santa Barbara, tells Salon that trees can offset carbon dioxide emissions. Yet Trugman says there are a number of problems with relying solely on planting trees to address climate change.

"First, the carbon fixed into biomass is not permanently sequestered," Trugman explained, noting that trees release carbon back into the atmosphere after they die and decompose. Trugman argued that climate change can also cause trees to unintentionally accelerate their carbon release, since the warming planet produces more droughts and wildfires. Indeed, increasing the amount of forests can actually have a net warming effect at higher latitudes "because trees substantially increase the amount of incoming shortwave radiation absorbed from the sun and this counters the moderating effect that trees have on CO2."

All of this helps explain why, as Lotspeich notes, Trillion Trees is not so much about planting one trillion trees as it is about mixing planting trees with conserving existing forest areas.

"Trillion Trees isn't just about putting a trillion trees in the ground," Lotspeich observed. "It is about protecting what is already there, preventing deforestation, and then adding where can in the best way that we can."

According to Trugman, the best method for addressing climate change is to focus on stopping new emissions.

"The cheapest and safest way to deal with climate change is to avoid emissions at the source through increased top down governmental regulation," Trugman told Salon. "The longer we delay substantial emissions regulations, the more difficult and expensive climate change mitigation and adaptation becomes."

Indeed, as the University of Utah associate professor of biology William Anderegg told Salon by email, scientists are not sure that any policy for offsetting carbon emissions will work.

"The research is still unclear here because when you dig into it, the strategies that often look incredibly cheap on paper actually don't work to offset carbon emissions," Anderegg told Salon. "Carbon offsets have a long and fraught history and in the vast majority of studies that have looked at them, they don't seem to be working particularly well for a whole host of reasons. They often don't lead to additional emissions reductions beyond what would have happened anyway." Like Trugman, Anderegg says that "it seems pretty clear that offsetting carbon emissions should play a pretty small role in overall climate policy and the vast majority of tackling climate change needs to come from direct fossil fuel emissions reductions."

And make no mistake about it — it is absolutely imperative to Earth's future that we reduce carbon emissions. If you imagine the planet as a human patient visiting a doctor, the prognosis is pretty horrific. As Chris Field explained, it is like "the planet gets mugged every day by deforestation, air and water pollution, and the changing climate. Earth's core systems for rejuvenation are mostly in good shape, but we need to stop the daily muggings for them to have a chance to operate."