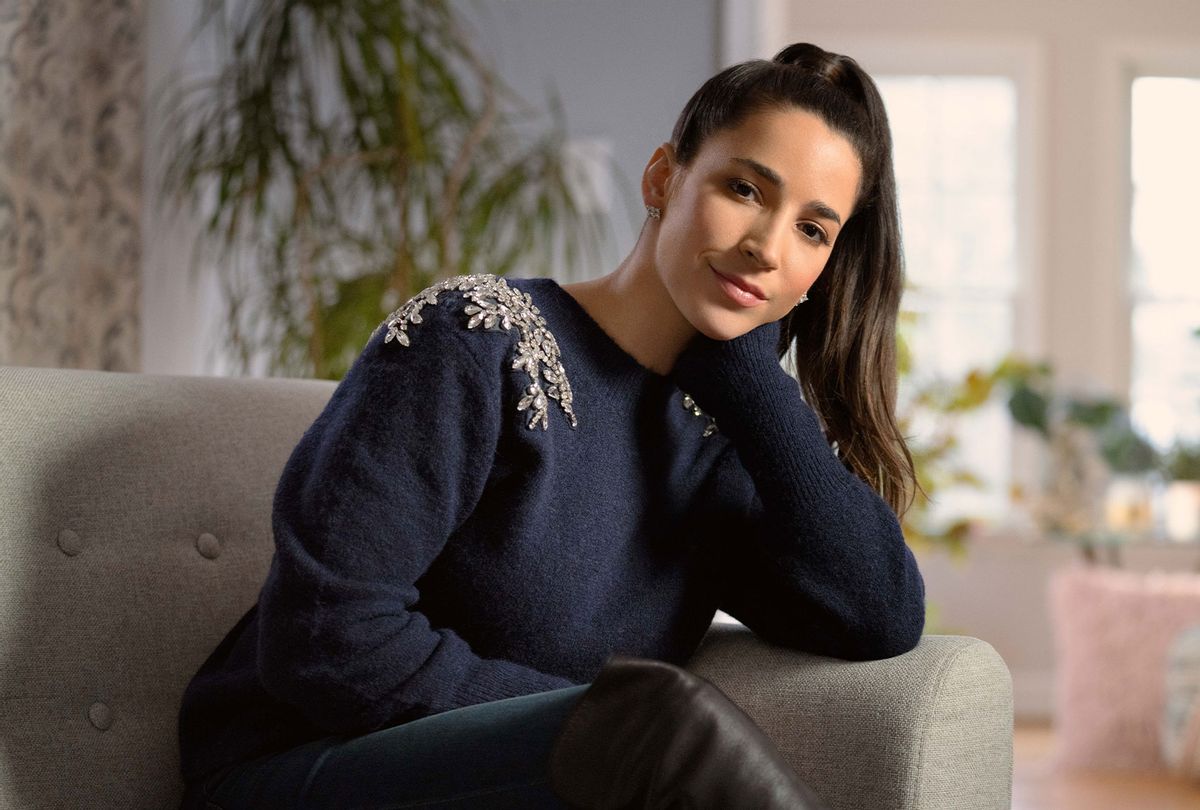 "Helping people heal and preventing abuse is far more important than any Olympic medal I could win," Raisman, who holds six Olympic medals, says in the opening minutes of the documentary.

What follows is more than a rehashing of Raisman's trauma, or another retelling of the devastating harm Nassar unleashed on hundreds of vulnerable victims. Raisman, guided by conversations with Me Too founder Tarana Burke, travels the country connecting with other survivors of sexual abuse and particularly child sexual abuse. She lends her significant visibility to fellow survivors from all walks of life, comforting and relating to them, and giving them the space to share their stories of pain and healing with a platform that's typically been reserved for famous people like Raisman.

"Darkness to Light" was destined to be a powerful story, with a voice as courageous and honest as Raisman's at its helm. But the documentary's brilliance and compassion lie in how it flips the script on the most recent, popularized iteration of #MeToo.

Since its mainstream nascence in 2017, reintroduced by Alyssa Milano as a rallying hashtag several years after Burke founded Me Too, some have been critical of how this version of the movement has emphasized celebrity faces. This has pushed the most vulnerable, non-famous victims of sexual abuse to the margins: exploited workers, queer and trans youth, people with disabilities, and folks from other groups who experience some of the highest rates of sexual violence.

As Raisman shares intimate conversations with and hands her mic to Black woman survivors, survivors with disabilities, queer survivors, male survivors, and fellow survivors of child sexual abuse, we're reminded that everyone is vulnerable, and sexual violence doesn't just happen to one specific type of person.

Yes, this includes celebrities, like star athletes or the many prominent actresses who spoke out against Harvey Weinstein — but it also includes people who tend to be even more vulnerable, along lines of race, class, ability, and sexual orientation or gender identity. Sexual abuse isn't some rare experience held by a select few female celebrities who finally have the power to speak up and be believed, contrary to the majority of 2017 and 2018 headlines. Nor is it an experience that "strong" women can take action to adequately shield themselves from.

Raisman talks to survivors who comprise nearly all of these identities, including Erica Dixon, a disability justice advocate and survivor who shares her story with Raisman, and explains that her lack of faith in the criminal justice system prevented her from reporting — a common experience. At one point, Raisman asks Dixon, "When you're talking to a survivor and supporting them, have you ever reflected on how I'm much nicer to them than myself?" It's a feeling both women have experienced, and this moment of pure connectivity is one of many Raisman shares with the survivors she meets.

At the beginning of the documentary, Raisman admits to Burke that upon coming forward, she struggled because she "wanted to be seen as a survivor," and feared that if she were "seen laughing and having fun after talking about this experience, it's going to look like I'm not suffering." Similarly, Dixon recalls how healing and pursuing justice for herself looked like continuing to live her life each day, rather than trying to be a "perfect survivor," adopting the joyless, colorless lives that society expects "real" rape victims to live.

Early on in "Darkness to Light," Raisman emphasizes that hearing "graphic details" of other survivors' assaults can be highly triggering to her, staying with her for weeks and months, giving her intense anxiety and discomfort, and keeping her up at night. She and the survivors she connects with, as well as the experts interviewed by the documentary, discuss how specific, highly personal triggers can take survivors right back to the moment of their assault, even years later.

Throughout the documentary, Raisman bonds deeply with fellow survivors, amplifying their unique stories, the complex roles of their identities, and many of the universal threads of shared experience between them. With fellow child sexual abuse survivors, Raisman discusses how children are taught to not trust what they feel, and one expert interviewed by the documentary raises that "many [children] convince themselves they weren't abused, or tell themselves it was their fault."

Anton Gunn, a board member of Darkness to Light, notes that many survivors silence themselves with their own second-guessing. "It is very common for survivors to actually believe what's happening to them is not that bad, or not as bad as someone else's circumstance, so it's really important that you never minimize what you're feeling, or your experience," he says.

There's a visceral feeling attached to the connections Raisman forges with other survivors, as she comes to meet them where they are. There's a deep intimacy in their bonds over shared experiences with trauma and healing, but it's an intimacy that invites more survivors in, instead of pushing anyone away.

The most visible survivors of sexual assault will always be the cultural icons and celebrities who have the power and platforms to come forward and be heard. Far be it from anyone to ask for or demand more of those who, like Raisman, have risked everything to speak their truths to the world. But in "Darkness to Light," Raisman shows all the possibilities that open up when famous survivors and advocates like her share their power and platforms with others — and redefine our notions of what a survivor looks like, along the way.