The secret ingredient in this magical grilled cheese is pumpkin butter

"What would a pumpkin spice grilled cheese taste like?" It started as a joke, but the result is seriously delicious 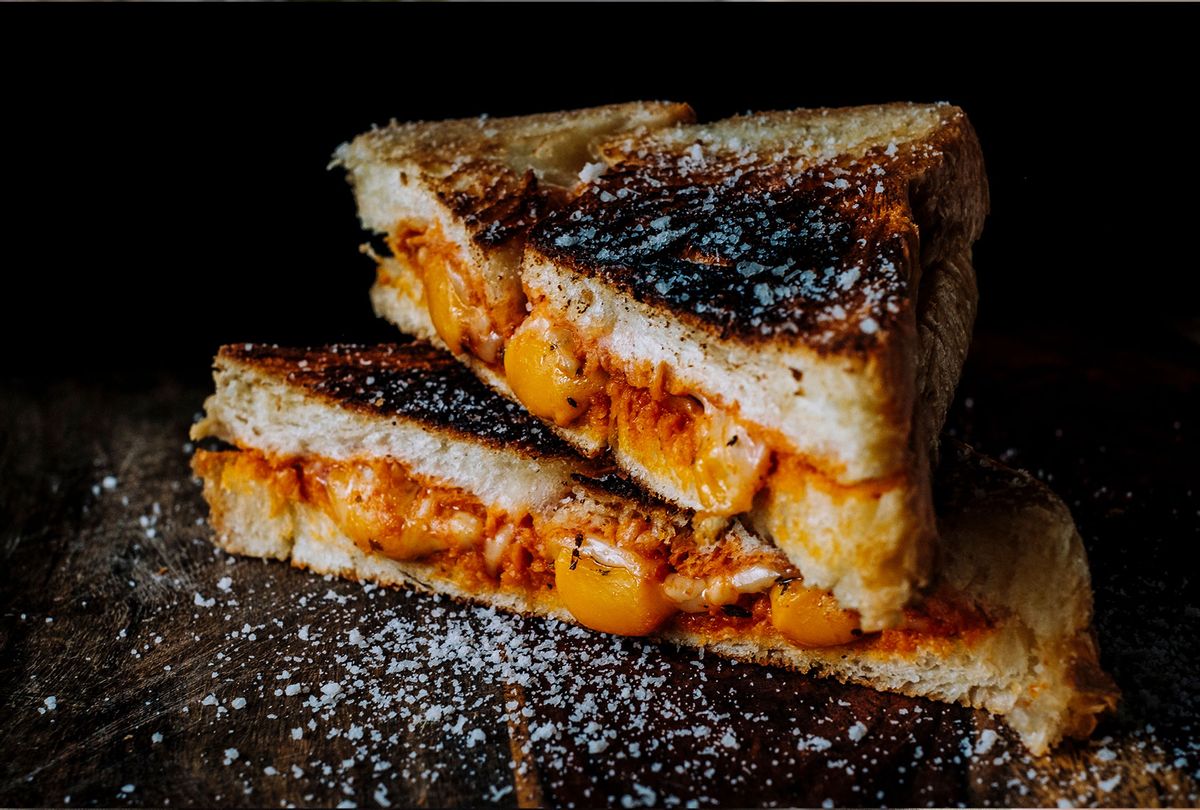 Nothing beats a good grilled cheese sandwich. It should be noted that there's a whole spectrum of "good."

Sometimes, a basic grilled cheese — you know, the standby white bread and oozy American cheese variety — hits just right. Other times, you want something that's a little more complex, with multiple cheeses and a few add-ons.

My ultimate fall grilled cheese sandwich definitely veers a little towards the fancier side. I stumbled into making it when I had the (not quite sober) late-night thought, "What would a pumpkin spice grilled cheese taste like?" When I finally vocalized this query, it was initially a joke. The seasonal creep that the proliferation of pumpkin spice, and all the controversy that it represents, has been well-documented.

But then, I considered it. I love a tart smear of fruit jam on a grilled cheese sandwich. Why not try one with some pumpkin butter loaded with ground ginger and cinnamon, which I make to kick off every fall? I set out to build a sandwich around that flavor. Here's what I came up with:

If you've never had pumpkin butter before, it will change how you think about pumpkin spice — especially if you've only ever used it in pumpkin pies and coffee drinks. It's easy to make, too! I do a half-hour shortcut version, which is made from simmering down canned pumpkin with warm baking spices and dark brown sugar until it becomes thick, shiny and caramelized.

To really amplify the almost burnt-sugar notes of the pumpkin butter, I reached for a couple of shallots, which I minced and put over low heat on the stove with a little bit of oil and butter. Caramelizing shallots is an endeavor in patience; it takes about 15 minutes for them to take on a uniform, jammy consistency. However, it's absolutely worth it.

Squash of all sorts, including pumpkin, tend to pair beautifully with cheese, especially those with creamy and nutty notes. That's why I opted to double-up on the cheese in this sandwich with a creamy, tangy goat cheese and a full-bodied and earthy gruyère.

I was torn between a full-flavored, slightly sour rye bread and a soft, spongy milk bread (from my favorite Japanese bakery, Chako). Both are actually great options, but let me tell you: Slices of milk bread brushed with just a little bit of Kewpie mayo crisp up perfectly in a pan.

I've played with some extras as well — thick-cut bacon, calabrian chili and peppery arugula are winners — but this sandwich stands up as-is.

1. In a small saucepan, combine all of the ingredients for the pumpkin butter. Bring the mixture to a boil, then reduce the heat to a low simmer for 20 minutes, stirring occasionally until the pumpkin butter is thickened and slightly darker in color. Remove from heat and place in a sealable jar or container. It can be refrigerated for up to 2 weeks.

3. For the grilled cheese, brush the milk bread with the Kewpie mayonnaise. Spread one of the slices with 2 tablespoons of pumpkin butter, the caramelized shallots and then stack it with the goat cheese and gruyère, followed by the remaining slice of bread.

4. Add the remaining butter to a small pan, and once it melts over medium-high heat, add your sandwich. Cook for a total of 5 minutes, flipping midway through. Remove from the pan once the cheese is melted and the bread is a toasty brown.