Joshua Weissman's cinnamon French toast has nothing to apologize for

We talked to the YouTube chef about the joy of cooking, and competence 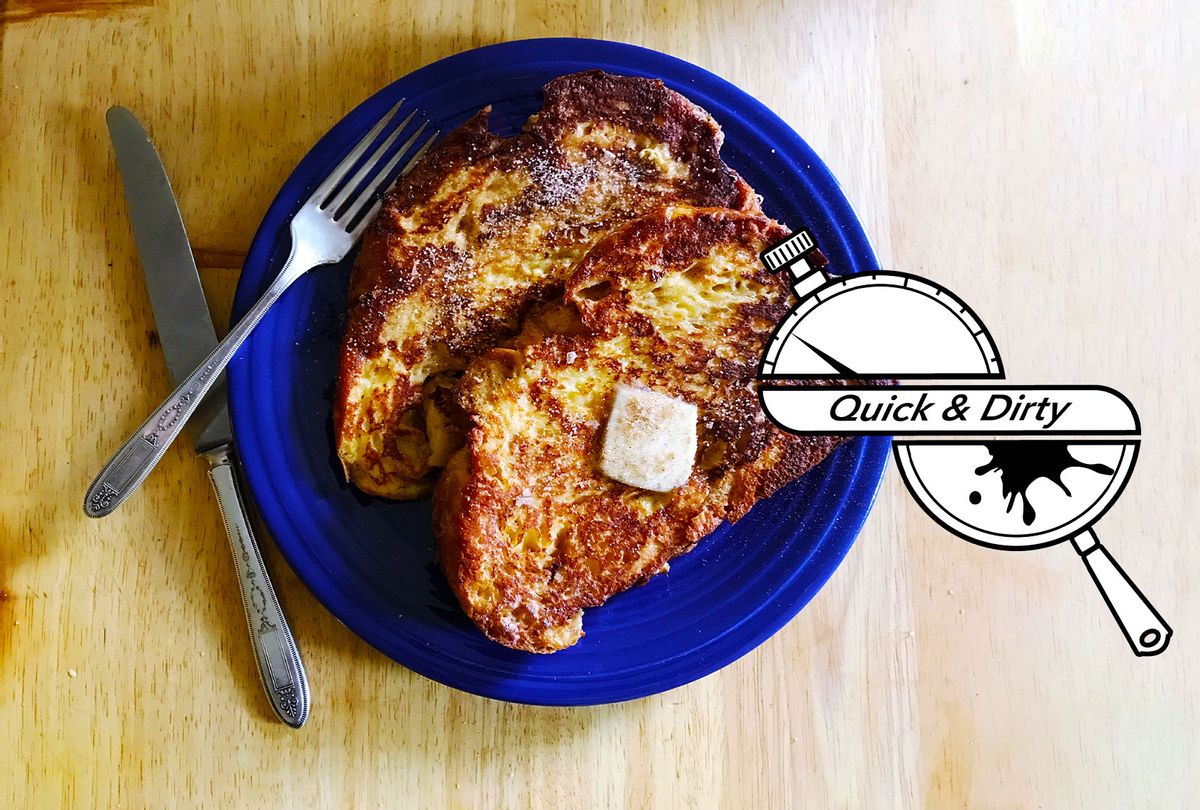 Maybe it's the pandemic that forced our hands, but competence is cool. Not too long ago, a collective frustration with all the rigors of adulting seemed mildly charming. Now, mastery of a skill set is the new "I can't even." And cooking is the new takeout.

There are few better exemplars of culinary capability than Joshua Weissman. On his wildly popular YouTube channel (closing in on five million subscribers) the 25 year-old chef demystifies the kitchen, creating clever home versions of fast food favorites, "but cheaper" interpretations of classics like sushi rolls and gourmet burgers, and ambitious from scratch projects like croissants. His persona is curious, reassuring and a little firm — the encouraging teacher who instills confidence by telling you that yes, you can do this.

His debut, "An Unapologetic Cookbook," offers a similar attitude. "If you want a specific outcome, whatever it is," Weissman observed during a recent phone call, "it could be something in your professional life, it could be if you're playing a video game, it's going to require some level of effort. Now, does good food require effort? Yes. Does it have to require lots of time? Not always. But I just want people to look at the fact that if something takes time, that's perfectly okay."

Beginning with "cooking foundation" recipes for things like breads, cheeses and stocks, Weissman's book then moves the reader on to both simple and more elaborate applications for those building blocks. After all, if you learn how to make bread, imagine what a game changer it'll be for your grilled cheese sandwiches. Or cinnamon toast. Or French toast. There are recipes for all of them in "Unapologetic."

I love French toast because it is objectively sensational, and also because it's fast and idiot-proof. Do pancakes intimidate you? French toast is your best friend. And if you've ever made it, you already know — the industrial brunch complex propaganda that it's some expensive, weekend only thing is a giant lie. You can, of course, rise to Weissman's challenges and make your own bread and your own butter — and feel pretty great about your achievement. Or you can simply, as he also suggests, use the store bought versions of your ingredients and still wind up pretty damn satisfied. Here, I've reverse engineered his recipe a little to adapt to his cinnamon toast, a delicacy he correctly describes as a "perfect food." The result is rich, eggy, incredibly nostalgic — and far too good to wait for Sunday to enjoy.