Before Prohibition, at least 75% of all beer sold around Louisville was Kentucky Common. Then it disappeared . . . 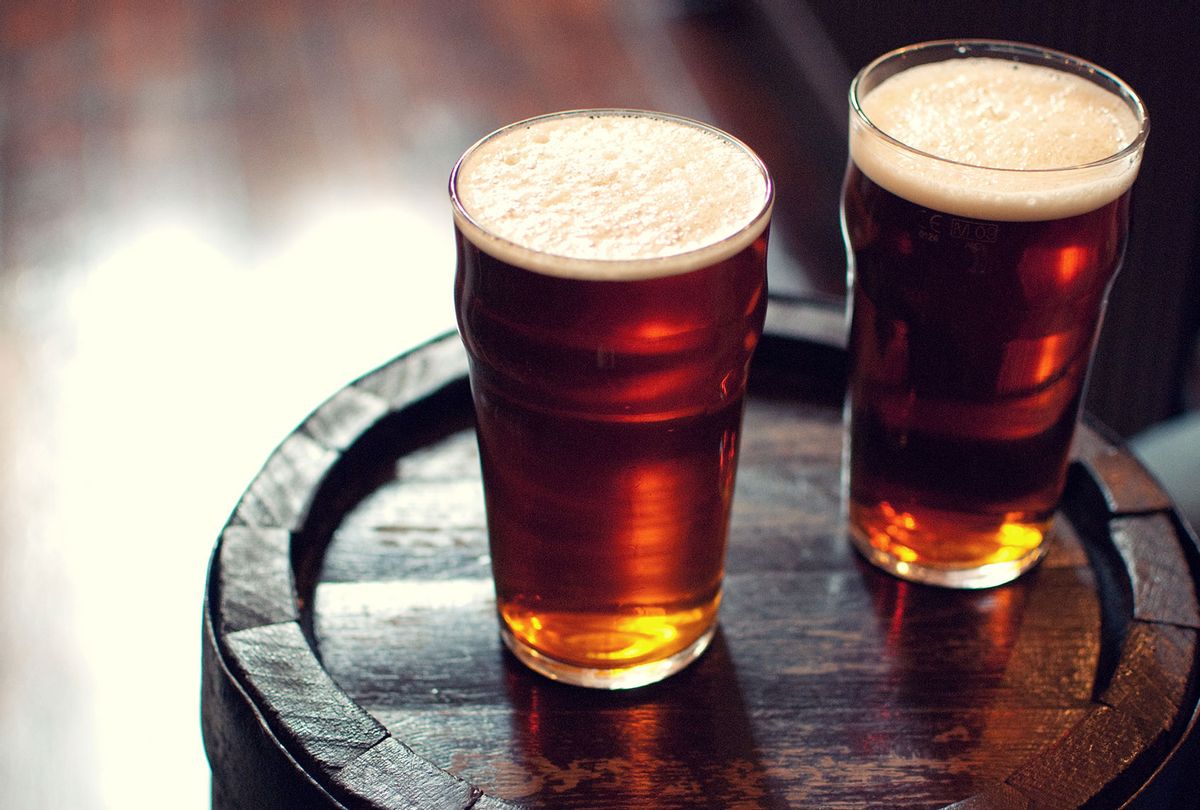 There's a fact that Kentucky bartenders and distillery tour guides like to share with visitors: The state is home to more aging barrels of bourbon than people.

It's true — there are about 10 million barrels to 4.51 million folks. Patrons will inevitably "ooh" and "aah" over these numbers before they order a drink or buy a bottle and some souvenir shot glasses to take home.

The sheer dominance of bourbon in the Bluegrass State is undeniable.

However, some beer lovers are on a mission to ensure that Kentucky becomes equally well known for an all-American beer style that was developed in the state before it faded into obscurity. According to Michael Moeller, the co-founder of The Louisville Ale Trail, it's time for Kentucky Common beer to make a comeback.

"It has historical significance," Moeller said. "Pre-Prohibition, the style was pretty much brewed everywhere in the region. The reason for that was that it was fairly cheap to produce."

It was also a quick turnaround from start to stein, taking only six days to complete (which is basically instantaneous when compared to the minimum two-year aging period for Kentucky straight bourbon).

"But what's really cool is that pretty much every beer that you've had — whether it's an IPA, a stout, Porter, lager, Pilsner — all these styles of beer that exist out there, they pretty much all come from other places around the world," Moeller said.

According to Andy Crouch's 2006 book "Great American craft beer: A guide to the nation's finest beers and breweries," the U.S. can only claim a few varieties of beer: California Common, amber ale and cream ale. Kentucky Common beer is a prime example of the latter.

In a presentation for the Beer Judge Certification Program (BJCP), Leah Dienes, who is the head brewer at Apocalypse Brew Works in Louisville, and BJCP judge Dibbs Harting wrote that "when prohibition was declared in Kentucky (two months in advance of the Volstead Act) in November 1919, at least 75% of all beer sold in the Falls City area was Kentucky Common."

But how did it taste? According to an early 20th-century edition of "American Handy Book of the Brewing, Malting and Associated Trades" by Wahl & Henius, the ingredients for this style of beer included "barley malt and about 25 to 30% of corn, with some sugar color, caramel or roasted malt to give color."

"The easiest way to describe it — it's a dark cream ale," Moeller said. "So, a cream ale, being really light and flavorful — with kind of a thicker mouthfeel, though — and then dark because of the malt used — just the darker malts. It's kind of a sweet flavor — caramel and toffee, some bread flavor, very low hop bitterness to it. Pretty easy drinking despite the color."

Despite Kentucky Common's multifaceted appeal, Dienes and Harting wrote, it still faded from popularity amid Prohibition "along with the six remaining breweries of the region." However, it looks like things are steadily changing on that front.

"Craft brewers in the U.S. and around the world continue to push the boundaries of beer by reviving long lost styles and by innovating in new beer flavor spaces," Chris Swersey, competition manager of the Brewers Association, said in a press release. "The 2021 Beer Style Guidelines reflect many exciting trends in brewing with numerous additions and updates for accuracy."

This means that the style can then, in turn, be put up for judging in certain competitions, which is great for breweries in the region that have started to make it again, including Against the Grain Apocalypse, Chimera Brewing Co. and Falls City Beer.

Additionally, Moeller has embarked on a campaign to get Kentucky Common designated as the official state beer of Kentucky. The state doesn't currently have one, though it does have a state beverage — which is, oddly enough, milk. His idea has already garnered some traction.

"I am in talks with some folks in the General Assembly," he said. "And it's not guaranteed, but it looks like there might be a possibility that this will be up for a vote in the January session."

Moeller hopes that the official designation could be another concrete step towards Kentucky Common getting more attention from both those who live in the state and those who have never visited Kentucky.

"This started off as kind of a personal mission," he said. "I've always liked the style, I've always appreciated that style and I've always wondered why we aren't promoting it more in the state as a whole. You know, we obviously talk about bourbon a lot, but this is something that is so uniquely Kentucky — and uniquely American — that we should be talking about it more."