You know the type — with the red and white tablecloths, straw-covered wine bottles and amazing pasta 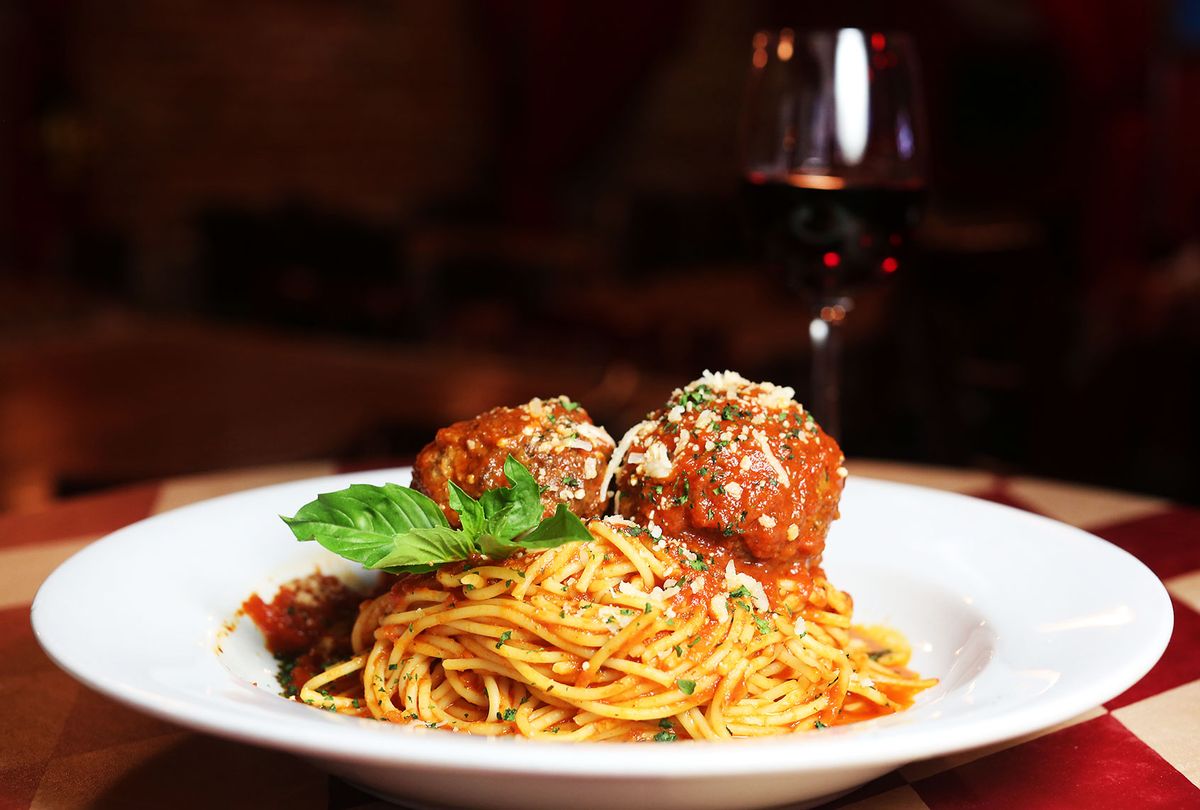 I am a proud product of my Italian-American heritage. As I have noted umpteen times, there is almost nothing that brings me as much joy as the food of my family and one of my all-time favorite pastimes is going out to eat at a traditional Italian-American restaurant — or "red sauce joint," as they're called in my neck of the woods.

To be clear, I'm not talking about a pizzeria or an Olive Garden or a Carrabba's; I'm talking about a local, often family-owned, classic Italian-American spot that probably had red and white tablecloths and fiascos (those straw bottles) of the house red on each table decades ago. Maybe they even had some of those wonderful, hand-painted murals on the walls, too.

When I'm in one of those restaurants, I'm positively enthralled by each aspect and while I essentially have a "standing order," I don't ever feel monotony or redundancy when it comes to these dinners. For me, there is no "genre" of restaurant more restorative, nostalgic or filling — both from a gustatory and emotional perspective.

I'd venture to say that I was born, raised and reared in the land of the RSJs (red sauce joints). There are truly an inordinate amount of Italian-American restaurants — plus pizzerias, Italian cafes and specialty shops — within a 10-mile radius of my home. I have probably enjoyed more RSJ meals than any other kind of dinner. It gets me literally every single time. I am somehow always looking forward to my next RSJ foray, without fail.

As American Heritage notes, the original Italian-American eateries began to pop up in the early 1900s, primarily on the east coast. Many of these family-owned restaurants were the conduit for many of the traditionally recognizable Italian-American foods that are now cherished. In the late 1900s, an attempt toward reconceptualizing the understanding and general grasp of the widely varied "Italian food" — and an attempt at 'rebranding it' to become something healthier (think greens or grains instead of cheese-laden dishes).

Nowadays, though, I'd venture to say that the 2021 comprehension of Italian-American food essentially boils down to the infamous "Why Not Both?" meme. It's all so good, so why minimize or stereotype the food in any way?

From minestrone and osso bucco to manicotti and gnocchi to chicken saltimbocca, caponata, penne alla vodka, and shrimp scampi — the amount of amazing dishes within Italian-American cuisine is incredible.

As time went on, restaurants began to incorporate "finer ingredients" and dishes, such as high-end prosciutto, risotto, veal and elevated cuts of beef. Italian food was also considered more affordable and not as high falutin as other cuisines, which also helps in its preponderance and the continued openings of so many establishments throughout the 1900s.

The Ravioli House in WIldwood, New Jersey is the prime example of this type of establishment. It also boasts the best stuffed pastas and braciole I've ever enjoyed in my nearly thirty-three years. It is truly the flavor and aroma of my childhood summers and an establishment I hold in such incredibly high regard. At the same time, though, there are legions of Italian-American restaurants that dot the eastern seaboard and I'm sure each one is just as special to some other marinara fiend way out yonder.

The Ravioli House has been a stalwart of the "Jersey Shore'' restaurant scene for 50 years. As noted by The Press of Atlantic City, the restaurant is helmed by Theresa DeSanctis and her husband, the restaurant initially opened in 1970, before adding an Italian bakery adjacent to the building in 2000. Incredibly affordable, communal, and convivial, there is no better place to wind down after a day at the beach. All of the sauces and pastas are homemade. The restaurant is seasonal, though, and is usually open between May and September.

The Ravioli House truly encapsulates that "home away from home" type feeling. It is the pinnacle of Italian-American cuisine and an unparalleled beacon of childhood and Jersey Shore nostalgia.

I grew up eating there in the summers, feasting to grotesque ends, feverishly eating their pristine homemade pasta and the most unbelievably sublime marinara (you must try it), ordering off the early-bird menu before trekking up the block towards the beach to "walk off" or fullness. My family and I ate so much that it may have been borderline masochistic, but the food was so damn good that it didn't matter.

Their sauce — astonishingly thick, rich and almost velvety —  is the distillation of what a "tomato" really is. It positively bathed every inch of their exceptionally fresh stuffed pastas, epitomizing "red sauce" to the fullest: unvarnished crimson, in perfect contrast with the crystalline white ceramic of their dinner plates and bowls. Their meatballs are some of the best I've ever had the privilege of eating. Their colorful, "old-school" placemats were made of paper, with illustrations of Italy and fun little coloring activities for the kiddies.

Their salad is truly the epitome of no frills and they have a dessert cart that positively towers with every sweet Italian-American delight you can conjure — and then some.

There's a timelessness when you eat there. When I last visited in August 2019, it could've been 2005, or maybe 1992 or another year that predated my birth. It is home to a reassuring, comforting familiarity like nothing else from a culinary ethos and perspective: a family restaurant, conveniently nestled on the corner a few blocks from the ocean, a staple for shore-goers, and a space to relax, reinvigorate, and refuel after a day at the pool, beach, or bay, sunkissed and slightly sandy.

Sometimes, my family would stay in Atlantic City and take the 45 minute trek over to WIldwood to eat at The Ravioli House. There was, and is, almost no experience that causes me such joy as those evenings did. Redolent of family, nostalgia, warmth, music, books, and lots and lots of laughter, food, and chatter (with some arguing sprinkled in here and there, of course), there is truly nothing like it. The moments of my childhood, my summers, my vacations — and they are firmly ensconced in the warmest, most cherished chambers of my memory

As noted by John Mariani in Saveur, "there's a beauty and succor to Italian-American food, and it's for a good reason that so many chefs have been returning to those classics recently, preparing them with a newfound zeal and sense of respect."

And that definitely sums it all up pretty darn well.

There's also a certain spirit, a purity and overabundance that is native to Italian-Americans, from their food to the volume of their everyday speaking voices, which stirs a familiarity and a sense of nostalgia within me … a real abbondanza, if you will. And we have the Italian-American eateries of yore to thank for introducing these wonderful dishes and ingredients to our collective cultural consciousness and to that, I say "grazie mille."

Some of our favorite Italian-American recipes: