A 3-ingredient cheesecake, no measuring needed

Your new favorite cake is even easier than a box mix 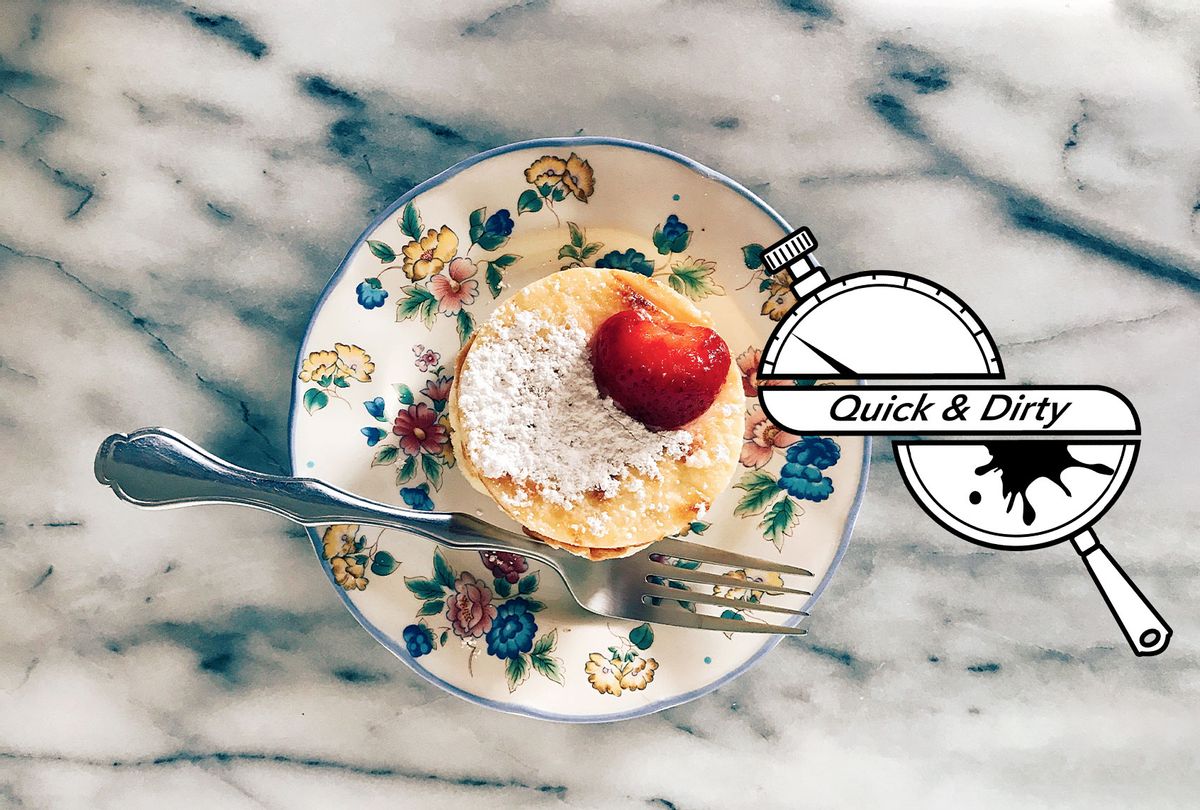 What's holding you back from baking? Is it the myth that baking is fussy, that it's a precise science, that it's hard? Calm down already; it's not nuclear fusion, it's cake. And when you do it, at the end, there's cake.

I was very blocked about baking until I had kids, and suddenly bake sales were a thing in my life. I realized quickly that unless you're making your own croissants, it actually doesn't have to be difficult or intimidating. Even then, though, I resisted cheesecake. All that talk about water baths and how to keep the whole thing from cracking — I just couldn't be bothered to throw it into the rotation.

That all changed when I discovered the internet famous Basque cheesecake, an intensely flavored version of the American classic that's all the better for its relaxed technique and lo-fi look. I thought I'd found the easiest cheesecake possible. Then I found one even easier.

What if I told you that you could make a cheesecake with just three ingredients and — hold on to your hat — zero measuring? Not even a boxed cake mix can do that.

Similar in spirit to the Japanese soufflé, or cotton, cheesecake but exponentially simpler, this is a recipe that will make you go, "Damn, did I just bake a cheesecake?" It only asks that you separate some eggs and allow a long oven time. You've got this, I swear.

Most recipes out there will tell you to bake this in a water bath, but I kind of hate doing them so I didn't and it was fine. Some recipes will use white chocolate instead of condensed milk, but then you'd have to measure and melt, so nope. I baked mine in a springform pan, but if you don't have one, you could probably get away with a regular cake pan.

This is not the eggy "gut bomb" Basque cheesecake, nor the super silky New York icon. This is an airy, subtle, not too sweet dessert that isn't trying to be its denser cousins, but that doesn't make it a compromise option. It's heavenly. For what it's worth, my picky eater teen daughter recently declared this her favorite cheesecake. You just might too.

When ready to serve, dust generously with powdered sugar and top with fruit. (This would be very good with caramelized pineapple.) If you feel ambitious, you can stamp out your slices with a ring mold to make individual cheesecakes.