In half an hour flat, you can be eating a buttery croissant donut 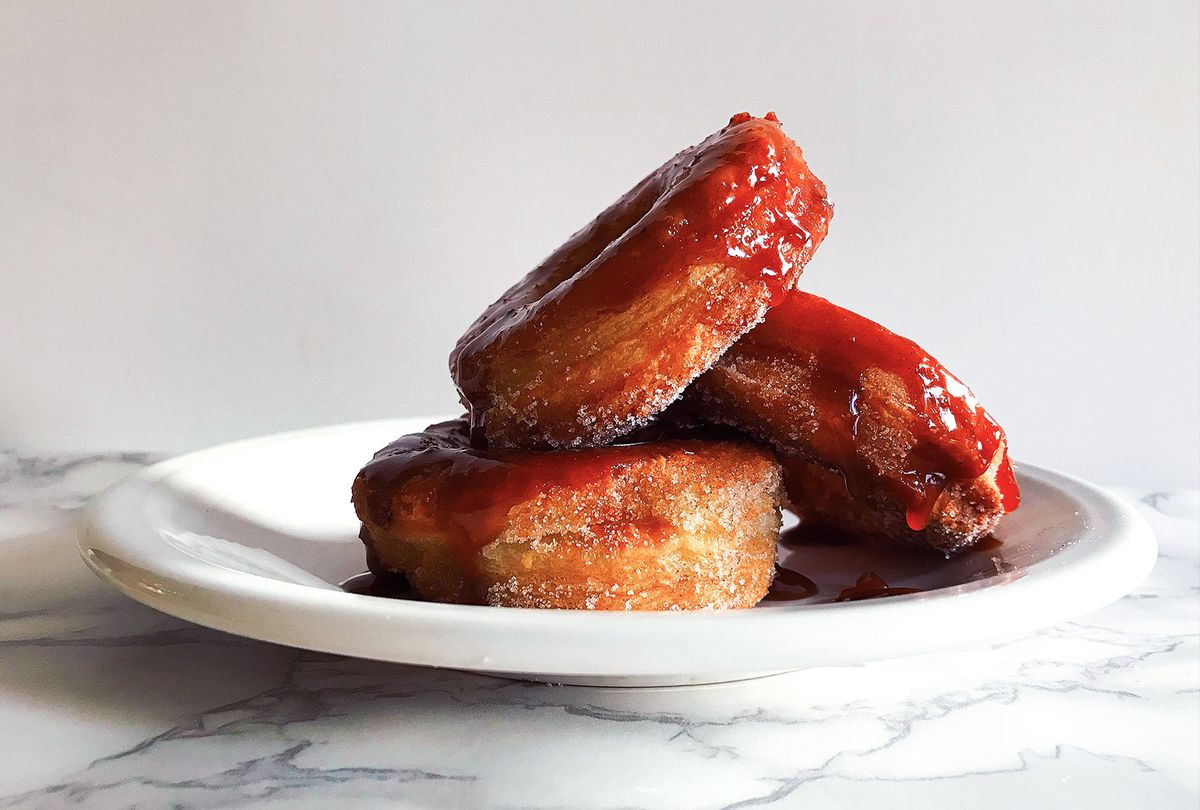 God, I miss the good old days. You know, the mid-2010's. Remember 2015? Barack Obama was in the White House. Ta-Nehisi Coates released "Between the World and Me." "Hamilton" opened on Broadway. "Empire," "Mr. Robot" and "Unbreakable Kimmy Schmidt" premiered. Steph Curry recalibrated the bar for MVP. "Uptown Funk," "Hotline Bling" and "Blank Space" provided the soundtrack to it all. And the cronut was riding high.

The tulip fever level mania for the croissant-donut hybrid began roughly the day the pastry debuted out of Dominique Ansel's small, chic Soho bakery in 2013. Soon, the lines around the block began forming in the pre-dawn hours, and enterprising scalpers were re-selling cronuts on Craigslist at top dollar.

Waves of imitators followed — Dunkin' Donuts was surely fooling no one when it rolled out its "croissant donut." Then, Ansel himself pulled back the curtain in his "Dominique Ansel: The Secret Recipes," sharing with the world the meticulous, three day-long process of the creating the cronut. And as The Guardian correctly reported at the time, "You will never make one."

I have had the real thing, and it is indeed one of the most exquisite pastry experiences in the world. In my own home, however, I've been known to just fry up some thawed Trader Joe's croissants, pour chocolate sauce all over them and call it a day.

But ever since the pandemic began, the lines to get into New York Trader Joe's outposts have far exceeded those of any trendy bakery in its heyday. And so, in the depths of my nostalgia, I've learned to re-hack the cronut for our new — and so far — entirely godawful, dumpster fire of a decade.

Superhero ingredient puff pastry does nearly all the work here, creating a flaky base. You will not get the glorious, sky-high rise of a yeasted dough, but you will get a luxuriously light, buttery, donut-shaped creation.

At Dominique Ansel, they regularly switch up the cronut flavors to align with the seasons. In that spirit, I've made mine with a salted apple cider caramel. If you make it, you'll have some left over, which I promise you'll have no problem polishing off (possibly straight from the pan). You can, of course, feel free to just drizzle your creations with store-bought caramel syrup for an even lower effort experience.

Is it the end result the same as something created by a trained pastry chef over the course of nearly half a week? Well, no. Duh. But this fauxnut is a very, very delicious treat you can throw together in a half an hour while you're freaking out about the state of the world.

I made these the day after the first debate. My teen daughter and I happily ate them in the middle of the afternoon, a respite in the storms of chaos. And for just a moment, I felt like I was back five years ago. Or maybe I was even in some future fall day I can't yet imagine, but I can hope will somehow be sweet.

For the sugar dip