Over the course of three seasons, Shiv has proven herself to be a ruthless Roy, especially in disregarding women 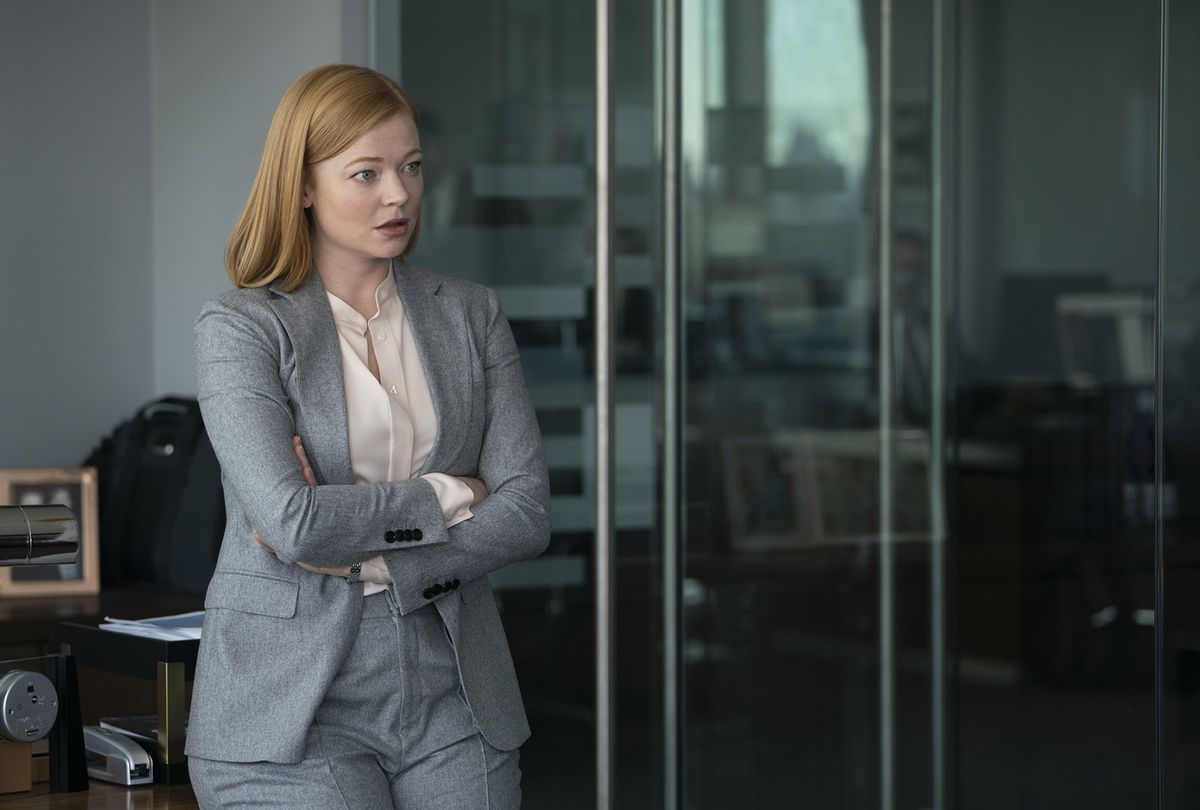 HBO's "Succession" is finally back for its highly anticipated third season, once again embracing that there are no good guys. In the Roys' orbit, even seeming innocents like Nicholas Braun's baby-faced Cousin Greg are all eventually corrupted. And gender is not any barrier to this corruption, either. In fact, in Siobhan "Shiv" Roy, gender is the means.

Sure, Shiv (Sarah Snook) may be the odd one out in her family of slimy, right-wing businessmen who run the fictional, Fox News-esque news channel, ATN. But just because she's the lone woman in the Roy clan, doesn't mean she hasn't figured out how to thrive. While she initially sat out her brothers Kendall (Jeremy Strong) and Roman's (Kieran Culkin) Machiavellian sibling rivalry – scheming to replace their father, patriarch Logan Roy (Brian Cox), as Waystar Roy Co.'s CEO – she fully began to make her own moves last season to become his successor.

RELATED: "Billions" resumes within a pandemic that made the rich richer, making its cruelty more relevant

Her family may have at first dismissed Shiv because of her gender, they've soon found that she's willing to use it as a weapon . . . against women. This lack of scruples comes in handy particularly with the family's latest scandal and PR nightmare. You'll recall that Waystar has been in hot water for heinous crimes that range from rampant sexual abuse of dancers and hospitality workers on its cruises, to exploiting and covering up the deaths of undocumented workers on said cruises.

In last week's Season 3 premiere, Shiv steps up in the aftermath of Kendall's explosive betrayal, when he refuses to take the blame for Waystar's crimes, and instead implicates his own father, claiming that Logan knew of the misconduct and worked to cover them up. While Kendall is off building a campaign against his father, and his father is hiding out in Sarajevo, someone needs to play interim CEO.

Shiv is only too happy to prove herself by landing the perfect legal counsel to represent Logan. From an optics perspective, hiring powerful female lawyer Lisa Arthur (Sanaa Lathan) is particularly appealing because she's previously defended trafficked sex workers, giving her tremendous credibility that will help to counter the narrative of Waystar's callous mistreatment of women.

Shiv's friendship with and supposedly innate, woman-to-woman connection with Lisa seems like it could work in Waystar's favor. However, Lisa is unenthused by the idea of legally representing a corporation accused of endemic sexual exploitation, at which point Shiv tries  another tactic by putting on a self-pitying performance about her place in the boys' club that is Waystar..

It's a transparent attempt to leverage her gender to convince Lisa to shrug off her values, and join Shiv, because #GirlPower, or something. At that point, Lisa cuts Shiv off.

"I can't give you legal advice; don't give me any confidential information," she warns.

That line is all Shiv needs to understand that Kendall has already reached out to retain Lisa's services.

While Shiv's invocation of gender and the woes of being the only woman in a major, male-dominated corporation might not have worked this time, it's been plenty effective before.

Last season, when the Roys and their associates testify before Congress about the allegations against their cruises, Shiv once again steps up. She becomes the friendly female face that ultimately is only concerned with protecting the Roys from a survivor who could potentially provide damning testimony against Waystar. "If she speaks, and she's compelling, then that's it for my family's company," Shiv tells then-chosen CEO successor Rhea Jarrell (Holly Hunter).

What follows is a conversation between Shiv and the survivor that's so convincing as to turn the audience's stomachs. Shiv seems to believe her own false promises to the woman, that not testifying and exposing herself to retaliation, but rather, joining Shiv and reforming Waystar from the inside, is the best way to go.

Shiv is smart enough to know that no one with power at Waystar actually cares about women and victims, or protecting vulnerable workers on cruise lines. But Shiv will say anything to silence a victim from speaking the truth, possibly galvanizing other Waystar victims to come forward, and potentially take down her family's empire. This means more to her than any decency or values she might have once held.

Shiv's gender and its implications are often a particularly salient plot point in "Succession," well before she tried to seduce Lisa Arthur to join the dark side. Throughout Waystar's long journey to attempt to acquire the progressive Pierce Media Group last season, Shiv's gender and the supposed liberalism inherent to it were impressive to PMG, a matrilineal family business in contrast with Waystar Roy Co.'s almost violently masculine family patriarchy. PMG insists that they'll only sell to Waystar if Logan promises to name Shiv as the next CEO, which Logan rejects.

It's clear being a woman in a man's world like Waystar doesn't always get Shiv what she wants — not when powerful men like Logan are so unabashedly terrible as to be above any kind of shame, or when people with actual principles like Lisa Arthur aren't afraid to tell her no. Nonetheless, Shiv and her story arc are so compelling because of the nuanced image they present of corporate America and its desperate, hollow "girlboss" feminisms.

Shiv openly capitalizes on a narrative of victimhood and marginalization at a male-dominated corporation to establish trust with the women she means to use for personal gain. She criticizes Waystar's sexism while maintaining that she can fix it if other women just put their trust in her — all while Shiv actively silences the poor and marginalized women that her family's company has exploited and abused.

She embodies a hybrid of "Lean In"-era Sheryl Sandberg, and more recently, the leaders of Time's Up, an organization founded to protect survivors of workplace sexual abuse that wound up frequently lending support to liberal male abusers like Andrew Cuomo. Shiv's character is neither myth nor aberration. Rather, she's the norm in a world of powerful women who gleefully screw over less powerful women to collect more power, and a world in which women and even survivors often cover for abusers, for a number of personal and professional reasons.

Shiv has a deep understanding of how to weaponize and maximize what she gets out of her gender because of her experiences acquiring power in the corporate world. As a Roy, she's used to commodifying and leveraging any and all personal relationships or facets of her identity for profit and advancement, no matter the cost to anyone else.

On a human level, and certainly a feminist one, we can't help but be disappointed by Shiv, because she's clearly smart enough and possibly decent enough to be a better person than she chooses to be. She began "Succession" working for a fictional, Bernie Sanders-esque U.S. Senator, after all. But instead, she chooses her family every time, unflinching in the face of what Waystar and Shiv herself have done to other women with less power in the process.