"Billions" resumes within a pandemic that made the rich richer, making its cruelty more relevant 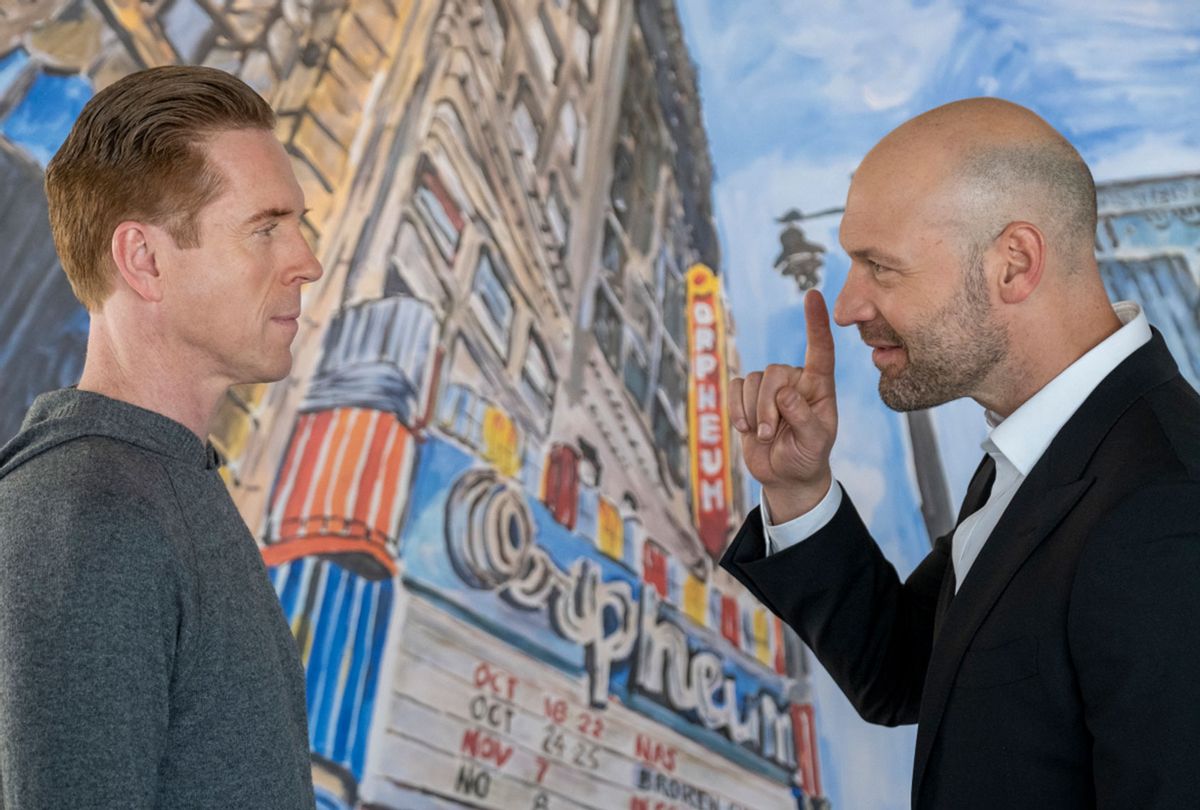 Between the first half of the current season of "Billions" and the second, which resumes this weekend, actually billionaires have just been doing the most. Elon Musk and Jeff Bezos engaged in a manhood measurement contest. Back on the ground they treated their assembly line workers terribly.

Bill Gates and Melinda French Gates' divorce became final last week, with French Gates walking away from the 27-year marriage with a net worth of at least $6.2 billion, according to Forbes. But the process leaves her ex-husband's philanthropic reputation heavily concussed, thanks to details about a troubling relationship with human trafficker and serial rapist Jeffrey Epstein, multiple inappropriate overtures towards employees, and at least one confirmed extramarital affair.

None of these men care about how the world feels about them unless these new dents in their charisma also impact their bottom line, which is unlikely. And yet, if what we know about the hyper-wealthy from "Billions" has any veracity the individuals who spilled the juicy details to the New York Times and other outlets will somehow silently pay through the nose for their betrayal.

The New York City of "Billions" exists in a reality almost entirely separate from our own. That means coronavirus is mentioned at some point but at least in the two newest episodes, doesn't make an appearance in any meaningful way.

One explanation for this is production related; the first seven episodes of the fifth season were filmed before the world ground to a halt in spring of 2020, airing between May 3 and July 14, 2020. The remaining five episodes of the season were already written at that point, according to series co-creator Brian Koppelman. Production resumed in March 2021.

This means the fifth season's arc was set before last summer's racial justice protests and the New York Police Department's violent response. The first seven episodes aired at a time when New York boroughs were besieged by COVID deaths, hospitals were overflowing and the streets ominously hummed with the motors of refrigerated trucks holding dead bodies, overflow from morgues at capacity.

It's worth reminding folks of all this because "Billions" doesn't and probably won't. But it will remind you that the world in which Damian Lewis' Bobby Axelrod operates, the one he's determined to rule, is a mostly white world and a vastly wealthy one.

If nobody is wearing masks or talking about emergency rooms it's probably because nearly everyone in this show exists in a strata above it all. Even when Axe returns to his boyhood home in Yonkers and makes nice with a Black kid on the block, he stands up his young fan after the boy invites Axe over for dinner.

This aspect of the show is entirely accurate: people like the wild-eyed Axe and his nemesis Michael Prince (guest star Corey Stoll) are entirely unconcerned with the poor unless feigning concern is profitable. And as the fifth season resumes this idea becomes central to the vicious rivalry between Prince, an "impact investor" whose philanthropic investment is his calling card, and Axe, infecting everyone around them.

The Axe-Prince rivalry was already the main event in the way all the seasonal juvenile, testosterone-souped clashes on this show are. In the wake of the Bill Gates mess it has a new relevance, however.

Axe's obsession with taking Prince down a peg or billion is entirely rooted in ego; these are two men who do not subscribe to the principle that there are enough dollars in the world for everyone to thrive. No individual who has amassed $10 billion even is.

Where they differ is that Axe is up front about the amorality of his profiteering and resents Prince's golden image. He wants to take this newcomer's money, but one also gets the sense that he'd like to bust his halo.

Millions of us have witnessed the wealthy become wealthier during the pandemic, but our fascination with shows like "Succession" and "Billions" isn't likely to ebb in response. "Succession" croons in a register a few tones higher than "Billions." Somehow it manages to be both cruel and lighthearted, gathering its bitter comedic ambrosia from exploring the greedy, self-important shortsighted moves that members of the Roy family make against each other.

Their products and interests may hurt ordinary folks, but it's almost a relief to know there's nothing personal about such harm because they are not thinking one bit about people with an individual net worth of anything under seven figures.

"Billions," on the other hand, shows its protagonists using the little guy on a regular basis, or if not that, screwing them over and crowing about it in meticulously written, restraint-free speeches.

Then again, if hate were the only catalyst urging Axe and his longtime frenemy Chuck Rhoades (Paul Giamatti) through their schemes this show's fanbase wouldn't have stuck with it for so long.

The reason it continues to appeal to people, I think, is that it sauces its rancor in sugary pettiness. That'll serve characters like Axe and the comic relief surrounding him well as their stories pick up in our very changed world. Nevertheless, if "Billions" and Axe's swaggering bravado feel out of tune right now, one might take some reassurance in remembering Axe's advantage, which is also his weakness: his connections to others and his penchant for puppeteering.

It'll be interesting to see how well the high-octane wrath propelling "Billions" plays at a time when people are purportedly seeking out kindness in their TV shows and characters.

On a show like "Ted Lasso," for example, a filthy rich patroness may offer to solve a salaried friend's problems with getting a seat at a favorite restaurant by buying the place. Axe, meanwhile, would eye the same situation and figure out ways to own people involved, from the bullying waitstaff to the employee who doesn't have the guts to stand up to such people.

Sometimes he makes such moves because he wants something a person makes or has. Sometimes he does it simply because he can. In that respect "Billions" continues to be useful – the more we understand men like Axe, the less inclined we are to lionize them. But we can still enjoy their attacks on each other from a place of anonymity many, many leagues out of attack range.

Season 5 of "Billions" returns Sunday at 9 p.m. on Showtime. Season 1-3 are streaming on Paramount+ through Oct. 4.