Do GOP voters actually believe Trump's Big Lie about "rigged" elections? They don't act like they do 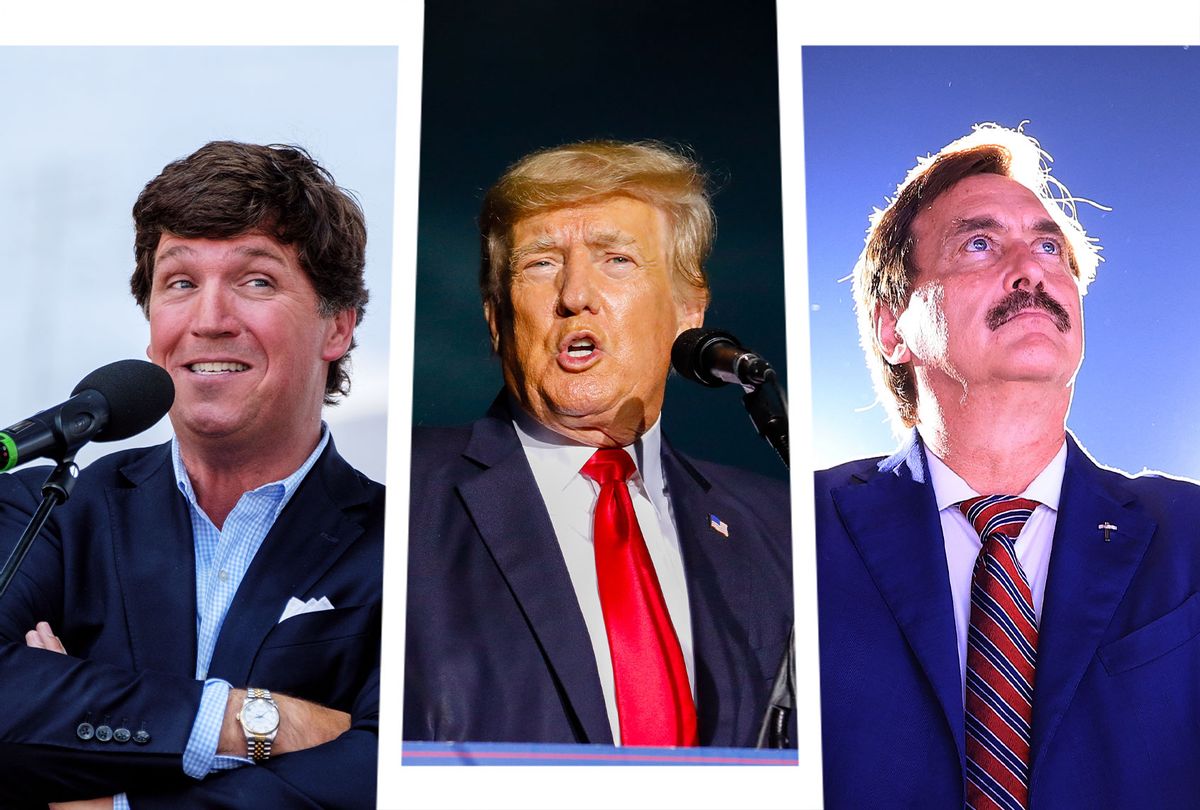 The wildest thing about Donald Trump's Big Lie is that his own supporters don't actually believe it.

Oh, they say they do to any pollster who will ask them. A recent Morning Consult poll, like so many before it, shows nearly "7 in 10 GOP voters don't believe the 2020 election was free and fair and/or have little to no trust in the U.S. election system, while 49 percent doubt that next year's midterms will be free and fair."

But when pollsters dug a little deeper, they found that Republican voters don't behave like people who think the elections are rigged. On the contrary, Republicans are far more likely than Democrats to act like people who both believe that they will get a chance to vote and that their vote will be fairly counted.

People who think their vote doesn't matter don't get fired up to vote. So Democratic demoralization, for instance, is perfectly explicable in light of both widespread voter suppression and the rapidly dwindling possibility that President Joe Biden's bold economic promises will ever come to pass. Feeling like your vote never changes anything isn't unreasonable for Democratic voters, and they are accordingly less enthused about voting.

Nearly 7 in 10 GOP voters don't believe the 2020 election was free and fair and/or have little to no trust in the U.S. election system. https://t.co/NCjKf8wzzR pic.twitter.com/mugnGRi5zC

What gives? How can people both "believe" elections are rigged against them, but behave like people who have total faith in the system?

The likeliest answer is also the simplest one: They're lying.

RELATED: Tucker Carlson plays dumb on TV — but his stupidity is strategically weaponized

Like their hero, Donald Trump, Trump voters know full well that the 2020 election wasn't stolen. They just repeat the lie, like a bunch of trolls. It's a useful cover for their true agenda, which is seizing power in 2022 and 2024 by any means necessary — even if doing so requires cheating.

As Greg Sargent of the Washington Post noted on Twitter Thursday morning, "Their collective agreement to pretend the lies about 1/6 and 2020 are true is best understood as a collective unshackling of themselves from any obligation to abide by future election losses -- the precondition to overturning them by whatever means are necessary."

Sargent was responding to reports that Tucker Carlson of Fox News plans to do a "special" to amplify conspiracy theories that the January 6 insurrection was a "false flag" operation. As with the claims that the 2020 election was "rigged," it's important to understand that not only does Carlson not believe this, neither do his viewers — even as they eat up and repeat these conspiracy theories.

We know this for a very simple reason: The same people making claims that January 6 was a "false flag" will, depending on the situation, flip around and make the contradictory claim that the insurrectionists were patriots and martyrs. It's why Carlson will claim one minute that QAnon is a myth liberals made up to smear conservatives, and then the next minute defend the very real QAnon as a bunch of freethinkers resisting liberal hegemony. It's how MyPillow CEO-turned-fascist-propagandist Mike Lindell can keep moving the date for Trump's miraculous reinstallation in the White House without most of his followers starting to ask questions about why his predictions never pan out. It's why Republicans aren't rattled by the failure to turn up any real incidents of "voter fraud" for Biden. It wasn't something they ever believed to begin with.

Contradictions don't faze right-wingers for the same reason they don't change their minds in the face of facts: The truth does not matter. All that matters is power. Trolling through lies and contradictory claims is viewed as a crucial weapon in getting power.

To be certain, there is absolutely nothing new about this observation. On the contrary, it's quite clear that Trumpism is just fascism by another name, and the rhetorical game-playing of fascists is a subject that's been well-scrutinized. Semiotician Umberto Eco wrote in his 1995 analysis of fascist rhetoric, fascism is "a beehive of contradictions," because the point is to destroy rational discourse. To the fascist, Eco writes, "Thinking is a form of emasculation" and should be rejected in favor of a raw will to power. And, of course, there's the popular quote from philosopher Jean-Paul Sartre about how fascists "know that their remarks are frivolous" and they "are amusing themselves, for it is their adversary who is obliged to use words responsibly, since he believes in words."

This is why conservatives are so impervious to facts and become more so as the GOP slides further and further down the fascist path. Facts are only persuasive to people who believe that truth and empiricism matter. For the authoritarian right, however, facts are understood as inconveniences and obstacles. In that light, it makes sense why they take so much delight in rejecting facts and driving liberals bonkers by doing so. It's a show of power, to relish how reality itself cannot defeat them.

Like many on the left, I was amused watching perennial GOP troll Rep. Marjorie Taylor Greene of Georgia freaking out at the possibility that her robotic repetition of the Big Lie might actually cause her followers to believe it and choose not to vote. And certainly, there are a small percentage of numpty-heads in the GOP coalition who don't realize it's all a big con and might elect to sit out elections because of it. In close elections, that extremely small percentage of Republicans who aren't in on the joke may matter. But that 92% of Republicans are feeling confident and excited about voting in future elections shows that the faith in the Big Lie is, for the vast majority of them, an act performed for the cameras and not a sincerely held belief.

Republican voters are not misled by Trump's Big Lie. They are empowered by the opportunity to join in. If there's any chance of beating back the rising fascist movement in America, it starts with understanding this crucial difference.